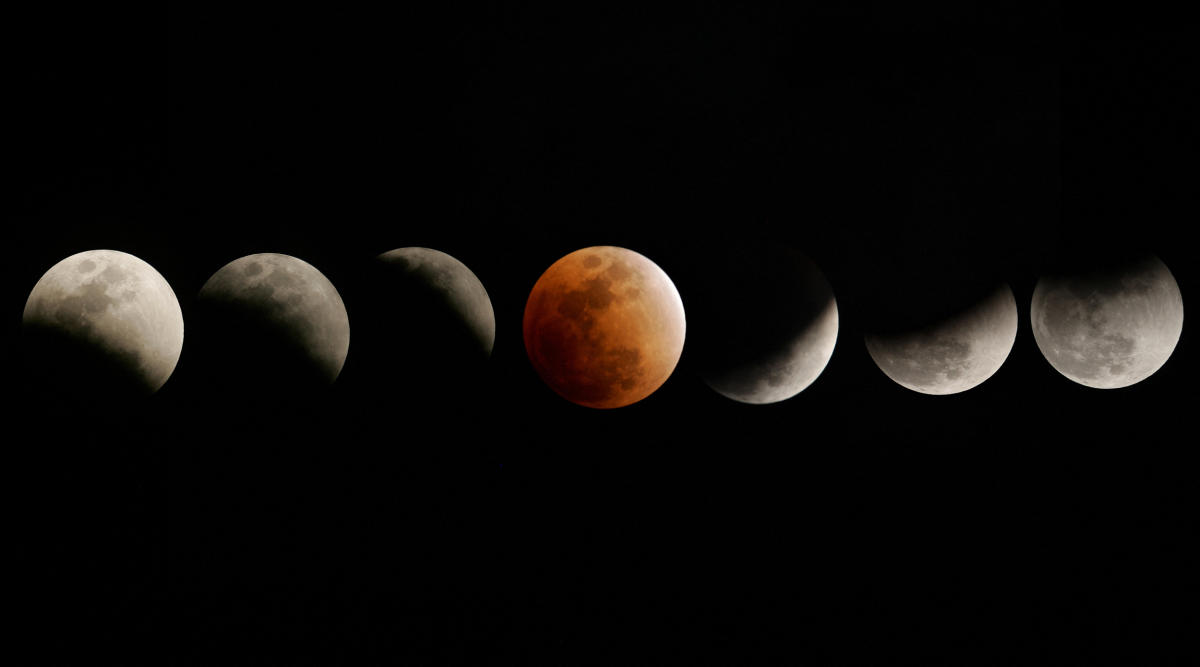 Skywatchers on four continents will have the chance next week to catch the last total lunar eclipse for three years.

The eclipse will occur Tuesday, with the moon set to turn blood red as it slips into Earth’s shadow. The celestial show will be visible to viewers in North and Central America, Asia, Australia, the Pacific Islands and parts of South America.

Lunar eclipses occur when the moon, Earth and sun are aligned and the moon passes into Earth’s shadow. Total lunar eclipses are sometimes known as blood moons because of the dramatic coloring caused by Earth’s atmosphere, which scatters light from the sun and brandishes it on the face of the moon.

After Tuesday’s eclipse, the next total lunar eclipse will not occur again until March 14, 2025, according to NASA.

As the moon slips into Earth’s shadow, it will first dim and darken before turning a reddish hue. Across the United States, the period known as totality — when the moon is fully engulfed in Earth’s shadow — will be visible for almost an hour and a half.

The moon will begin to enter the outer part of Earth’s shadow at 3:02 a.m. Eastern Daylight Time. As the partial eclipse progresses, it will look like a bite is being taken out of the lunar disk, according to NASA.

Totality will last from 5:17 a.m. until 6:42 a.m. Eastern Daylight Time. During this time, the moon will appear copper-red in color.

Weather permitting, people in Hawaii and Alaska will have the chance to see every stage of the skywatching show as it unfolds.

Unlike with solar eclipses, a lunar eclipse can be viewed safely with the naked eye. Skywatchers can even use binoculars and telescopes for more dramatic views.

“If you want to take a photo, use a camera on a tripod with exposures of at least several seconds,” say NASA officials.