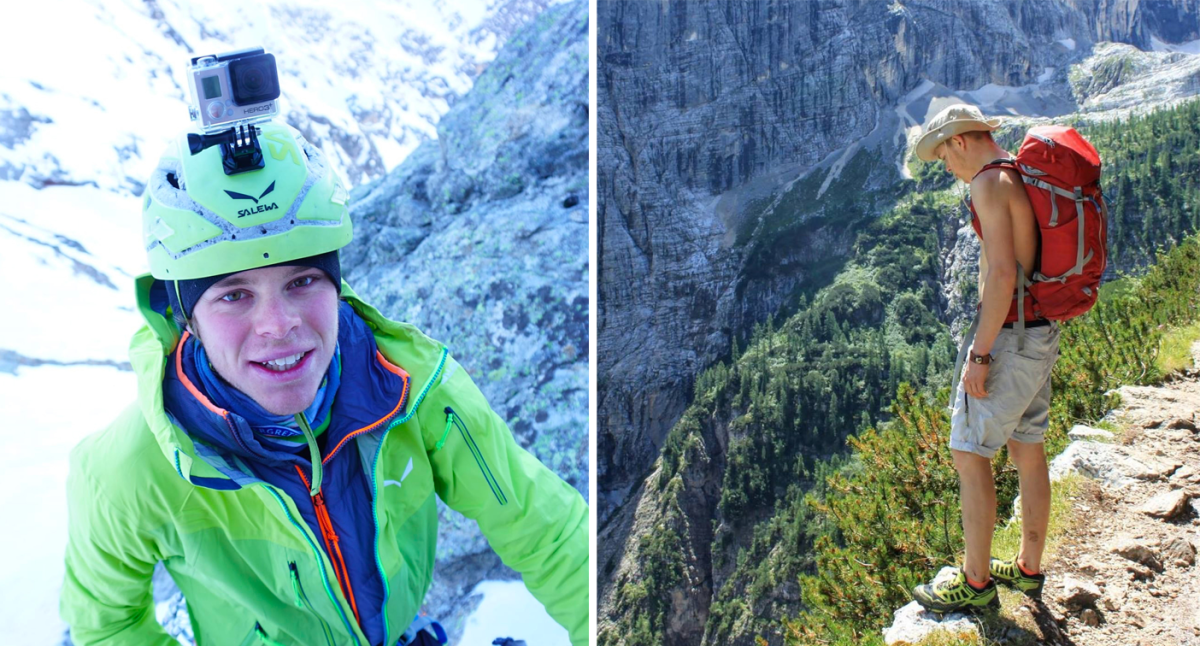 A well-known solo mountaineer who specialised in free climbing without ropes or safety devices has died after he fell 100 metres to his death from the side of an icy peak.

Jonaz Hainz, 25, a mountaineer and expert rescue worker, died after falling off the side of an icy peak while climbing.

The incident took place while he was climbing the Monte Magro in the Italian state of South Tyrol on October 28.

The lethal fall occurred after the young mountaineer reportedly decided to climb the 3,273-metre glacial peak by himself, local media reported.

Jonas was then reported missing by concerned family members after he failed to turn up again after sunset.

His body was found the next day, at about 2,400 metres. This was after the young man was plunged to his death in a 100-metre-long fall.

Jonas will be missed by his colleagues at the Bergrettung Bruneck EO rescue team, according to a heartfelt statement from the organisation. The group is made up of a team of volunteers who carry out searches for lost or injured hikers and mountain climbers in the region.

“Unfortunately we have to say goodbye to our colleague and friend Jonas Hainz, who suffered a fatal fall while practising one of his passions at Monte Magro,” the organisation wrote.

“We will miss you and your innate joy.

“Our deepest condolences to the family.”