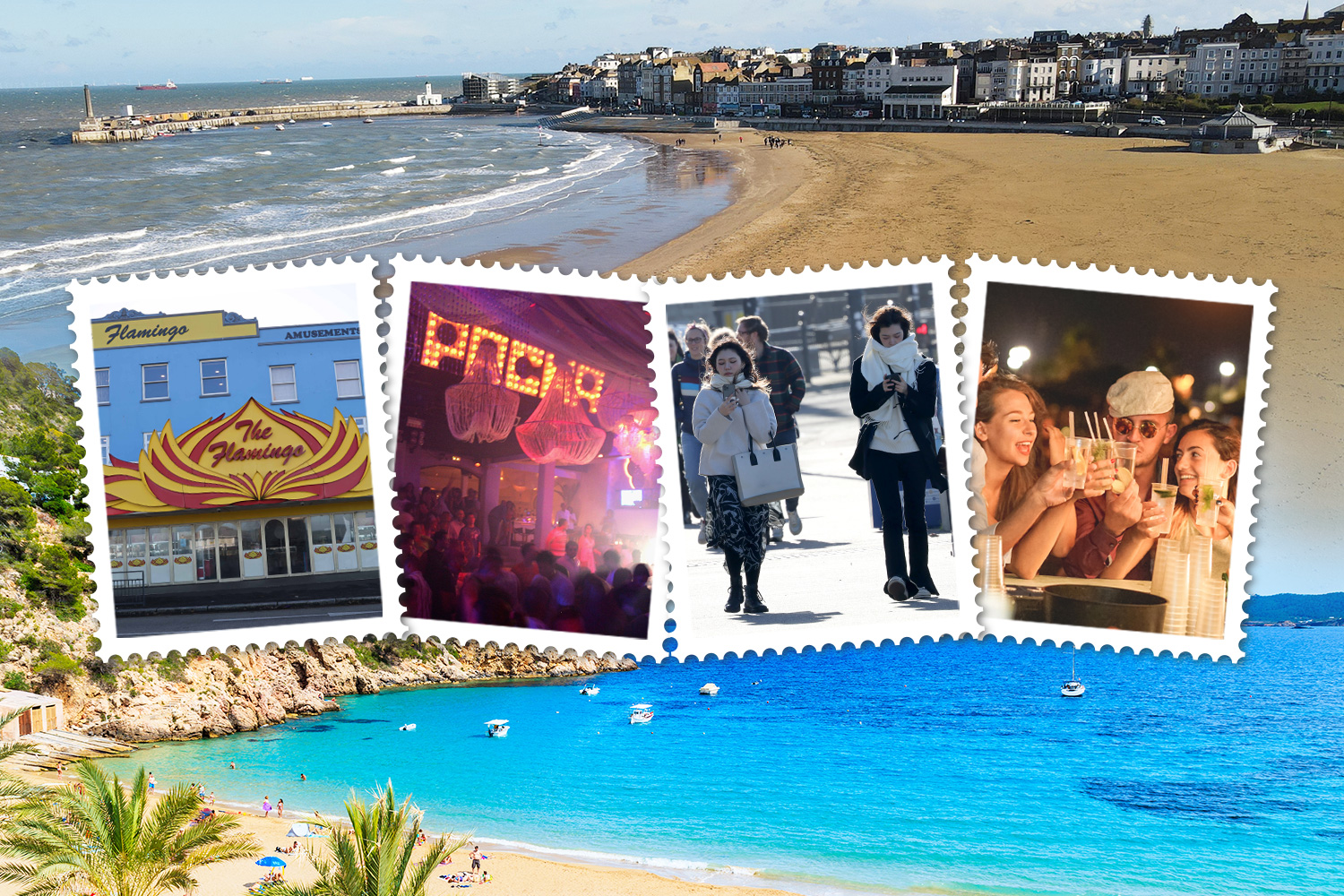 IBIZA has been knocked off pole position as the global party capital and socialite hotspot – with Thanet in Kent robbing its crown.

The Spanish island in the Mediterranean Sea is famed for its lively nightlife and swarms of tourists holidaying there each year.

And as it’s popular with the creative community, the Balearic island has been given a run for its money by surprise hotspot Margate, according to posh mag Tater.

The coastal town is famed for its rich artistic heritage being home to unmade bed artist Tracy Emin and sunset painter JMW Turner.

The Libertines rockers Pete Doherty and Carl Barât have even opened a hotel in the Kent seaside mecca.

Other attractions include a raft of trendy bars and restaurants where punters can indulge in local delights – just like hippy favourite Ibiza.

He added: “When it’s summer time and you are sitting on the sea front or in a bar and the sun is shining, after a few drinks you could squint and think it’s Ibiza, for sure.”

Jonathan said that while it’s not as traditional as other places, Margate boasts quirkiness by the bucket load.

Music producer Chris Hayden agrees, noting that if anywhere in the UK is like Ibiza, it would be his coastal home.

The 41-year-old, who has lived in in the city since 2014, chimed: “Through the summer it’s one of the hottest places in the country.”

“Every town has its ups and downs and that’s part of the charm”, said the dad-of-three who owns a tequila and mescal bar.

But not everyone is as favourable to the comparison.

Kirsty Boyce has lived in Margate for 16 years but grew up in Essex and says the town, like Ibiza, comes with its own problems.

The mum-of-four warned: “In the summer mornings the high street is covered in rubbish – both in the street and on the beach – which is like Ibiza actually.”

Despite the rowdiness, the 28-year-old café worker says her kids love being by the beach in “up and coming” Margate.

Dan McCusker, 28, has lived in Margate all his life and works in a beach front skate shop.

He said there may be some overlap between the Spanish party island and the south east coast, but admitted there are some big differences.

He said: “I think Ibiza is very different… Margate is more brunch than clubs. Yes, it’s very touristy but not an intense party atmosphere like over there.

“There aren’t that many big clubs here though… In the summer the beaches are always filled.”

Kali Lock, 28, who moved to Margate three days ago from Brisbane, Australia, said on a cold, wet, November day, the two can’t be compared.

She joked: “It doesn’t look like bikinis and cocktail vibes right now but I haven’t seen it in the summer, so I look forward to that.”

Helen Preston, 58, said there is loads of stuff to do in Margate and that the atmosphere is incredible.

“It’s a very creative place but more could be done to improve the look of it. If it was all tidied up a little, it definitely could be the new Ibiza.