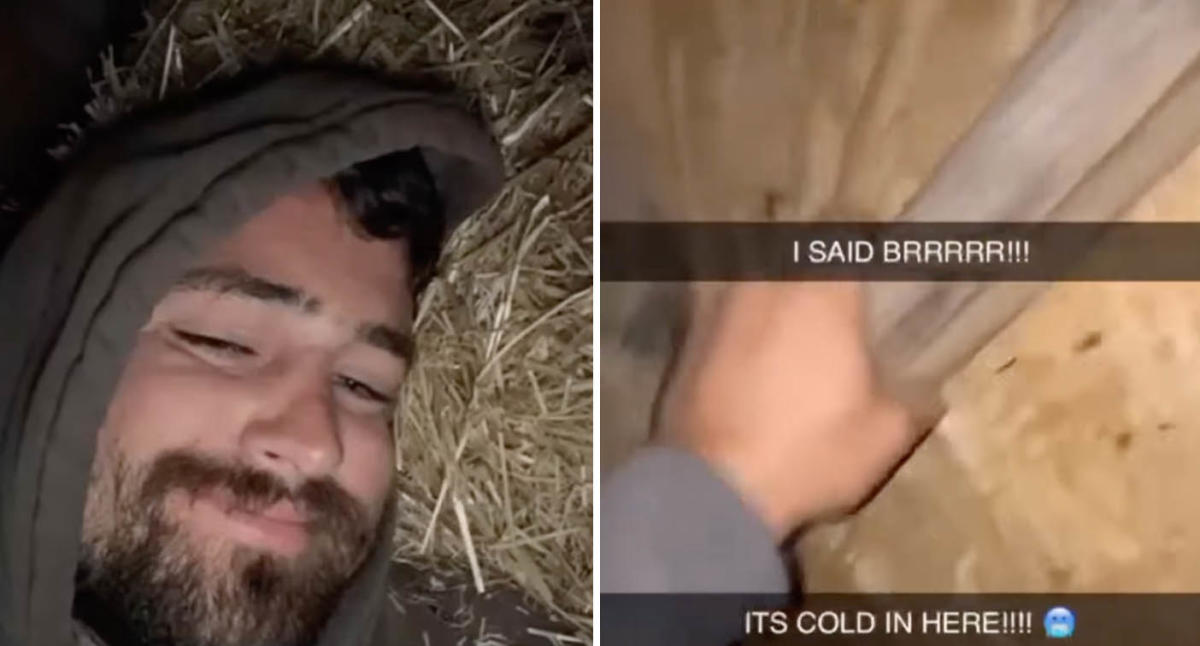 An Adelaide man got himself into a bit of a pickle after going out with mates for the Melbourne Cup, and getting himself stuck in a chicken coop.

His partner took to social media to share the amusing scenario, saying her “bf does some pretty dumb/funny things, but this tops the bloody cake!”

Jarrad got home on Tuesday at around 7pm as his partner Bonnie Opie was putting their children to sleep.

“He had been drinking all afternoon for the Melbourne Cup and when he came in I asked him not to stir up the kids as I was getting them ready for bed,” she said on Facebook. “Two hours later, kids still not in bed and him still stirring them up, feeding them chocolate. I gave up and said, “you put them to bed, I’m going to bed!”

After putting their children to sleep, Ms Opie said she hears Jarrad opening the back door and walking outside. Looking at her phone she sees him calling her, but decides not to answer given that she’s still annoyed.

However a few hours later, Ms Opie is woken up by her partner’s cries.”3 hours later I was woken by a loud ‘Honneeeyyy!!’ coming from out the back.”

“Instantly I get up. So I go to the back sliding door, proceed to open it and hear another scream — it was coming from the back corner of the yard where our chicken coop is!

“This drunk d**khead bf of mine has gone to check on the chickens and accidentally locked himself in the coop! For three f**king hours”

To keep himself entertained, as well as others, Jarrad decided to narrate the situation in a Snapchat video, showing how he locked himself in with several perplexed chickens, even making a bed for himself out of hay which he slept on for two hours.

“I have just locked myself into the chicken coop, Bonnie is very angry at me at the moment so she’s not picking up her phone, so looks like I’m spending the night with the hens,” he said in the video, which his partner posted.

Ms Opie also mentioned the “worst part is (the) chicken coop is ventilated with fresh air to get in,” making it very cold inside. “If you’re in Adelaide you now how bloody freezing it is right now,” she said.

Calling everyone in his contacts to no avail, the man decided to ring the police to “come rescue him,” who were also amused.

“I get him inside and then we hear a knock at the door…2 police officers also in fits of laughter that they were called to such an event,” she continued. “I am still randomly bursting out into fits of laughter just thinking about it.”

Many said they were greatly amused by what happened, with the post getting almost 1000 reactions.

“This is absolute gold,” said another.