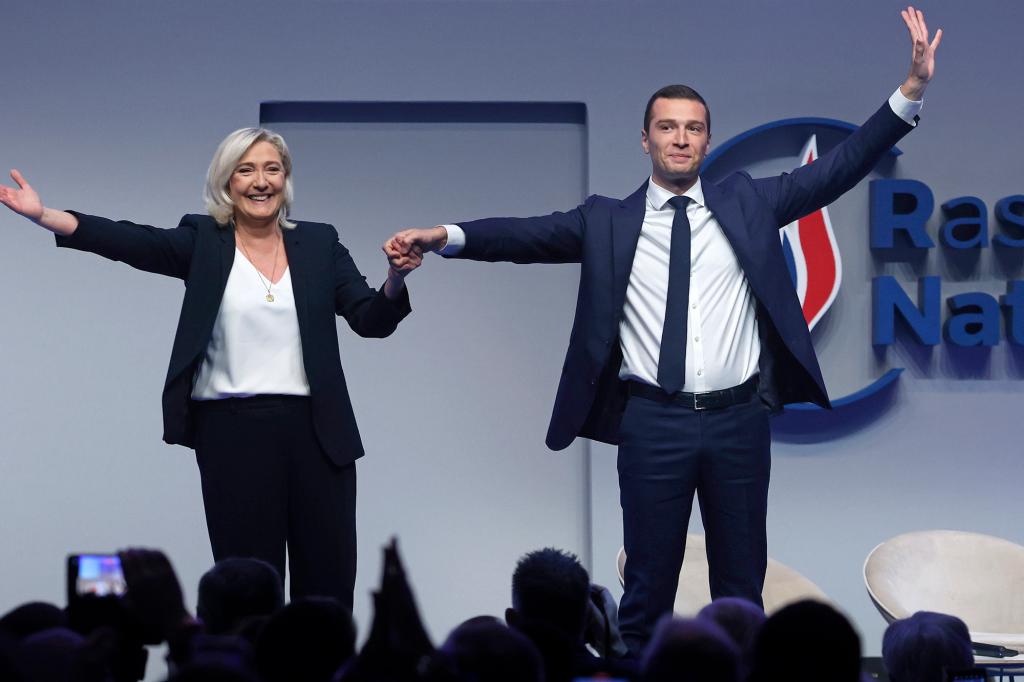 A new star is taking the reins of France’s far-right National Rally party from the Le Pen family, which has dominated the country for almost 50 years.

Jordan Bardella, a 27-year-old of Italian descent, was chosen by party members as their new chief on Saturday. Marine Le Pen, daughter of the party’s notorious founder Jean-Marie Le Pen, had been slowly handing leadership powers to the photogenic member of the European Parliament.

Bardella, who grew up in Seine Saint-Denis, a rough and ethnically diverse neighborhood just outside Paris, beat Louis Aliot, mayor of Perpignan and Le Pen’s former partner, with a large majority of the vote in an internal National Rally online ballot, Bloomberg News reported.

Bardella has been Le Pen’s deputy leader since 2019 and has been key to attracting a younger demographic, especially in rural areas and suburbs.

Though Bardella has at times voiced more radical views than Le Pen, he’ll likely continue the efforts she began to bring the party into the mainstream after she took over from her father in 2011, Marta Lorimer, an expert on the French far right at the London School of Economics, told Bloomberg News.

“Even though he’s more of an Identitarian than Marine Le Pen, I don’t think he’ll take the party in a different direction from where it currently is,” said Lorimer, referencing Bardella’s views on non-white immigration.

Le Pen made Bardella acting president last year when she stepped back to run for president. She failed for a third time to win but the far right secured its strongest result ever. The party went on to win 89 of the 577 seats in the National Assembly election, another record.

Le Pen will continue to be the party’s leader in parliament and is expected to run for president again in 2027.