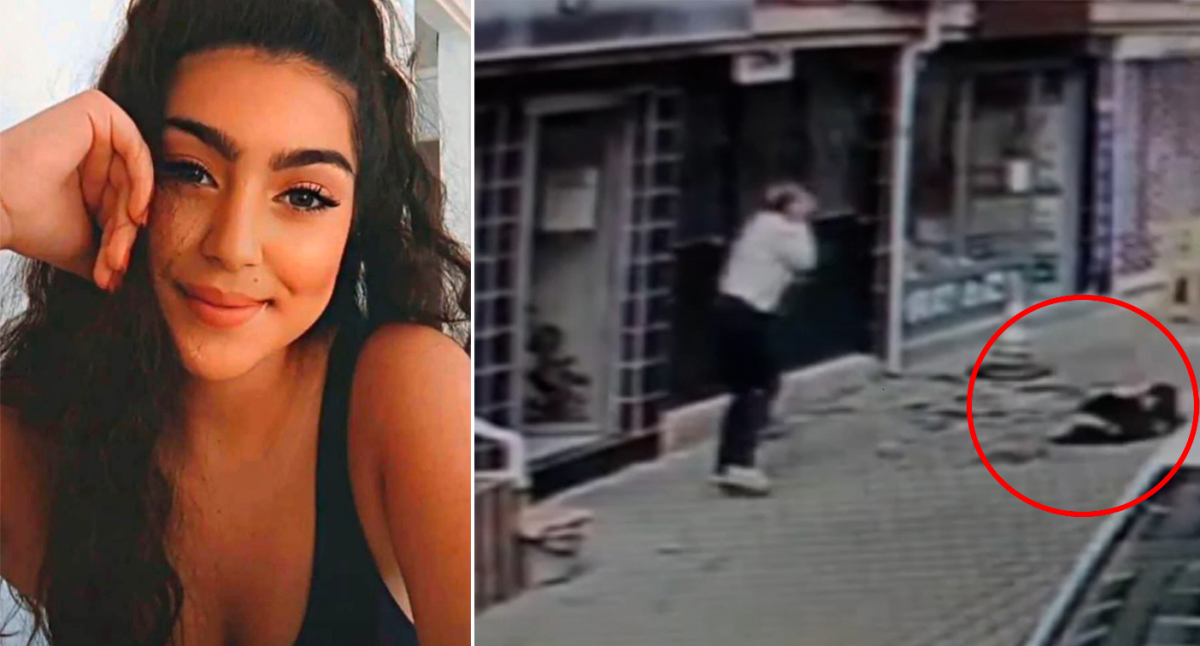 A horrifying video has captured the moment a teenager falls through the air and slams into the ground after taking a selfie on the top of a four-storey building.

Melike Gun Kanavuzlar, 15, died after she slipped and fell. It’s believed she dropped her phone and tried to grab it, losing her balance before falling to her death.

The tragedy occurred in a town named Ortaca in the Mugla Province in Western Turkey.

In the video, a concerned onlooker can be seen observing the sky with caution before dodging Melike’s helpless body as it slams into the ground.

The onlooker then flees the scene in shock while a terrified dog barks as it runs along the road.

The tragic incident was filmed by security cameras belonging to neighbouring buildings in the area.

Medical workers and police then tended to the fatally injured teen before she was taken to a state hospital in a critical condition, according to reports.

The 15-year-old was then transferred to an Intensive Care Unit in the city of Mugla in southwestern Turkey where she fought for her life for 18 days before she died.

News of the tragic death reportedly left both her family and her friends in shock.