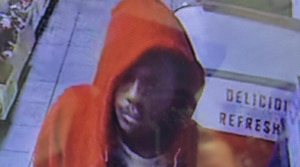 The Charlotte-Mecklenburg Police Department is searching for a suspect after they say a woman was sexually assaulted by a stranger in northwest Charlotte.

The CMPD Sexual Assault Unit said around 11:30 p.m. Friday a woman was walking home from Tuckaseegee Road when she was approached by an unknown man on the 3800 block of Glenwood Drive.

The woman told police that after a brief conversation, the man attacked her. Detectives said the woman was brutally beaten and raped.

After the assault, police said the woman was able to get away and call 911. She was then taken to an area hospital, according to police.

Police said they are searching the area for a person of interest. He is believed to be a 30-year-old man who is between 5 feet 5 inches to 5 feet 7 inches tall. He has brown eyes, a mustache and a goatee.

He was last seen wearing faded brown jeans and a red hoodie. He could also possibly be missing teeth, according to police.

The person of interest is pictured below.

Detectives say there will be extra patrols in the area where the assault occurred. CMPD emphasized that stranger rapes are rare, which is why they wanted to inform the public as soon as possible.

Anyone with information about a suspect that matches this description is asked to call contact Crime Stoppers at 704-334-1600.

(WATCH BELOW: CMPD: Man charged with rape, kidnapping 1 day after being released from prison for sexual assault)