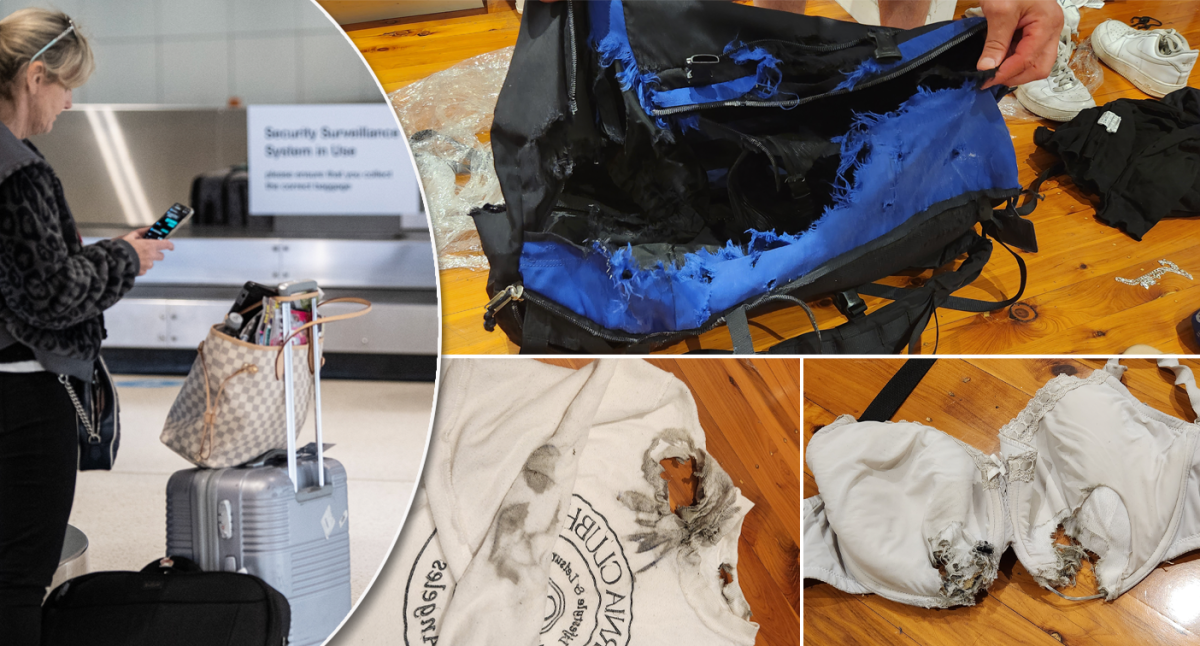 In the wake of the pandemic, travellers haven’t had the easiest time with staff shortages at airlines leading to administrative errors, delayed and cancelled flights and lost luggage. But one Aussie teen couldn’t quite believe the surprise Malaysian Airlines had in store for her after arriving home from a European trip earlier this week.

The 19-year-old, who preferred to remain anonymous, arrived at Sydney Airport on Monday night. But waiting at baggage claim, she couldn’t see her bag on the carousel.

“She’s texting us from outside customs where the conveyer belts are saying her luggage has’t come out,” the girl’s mother told Yahoo News Australia.

So she went to the counter with her ticket and baggage barcode to ask for help in finding her backpack. It turns out, it was still circling the carousel, but the bag looked so different the girl didn’t recognise it.

“My daughter didn’t recognise it because it was wrapped in plastic and only about half the size,” her mum said.

Tired, eager to get home, and mindful of the rising parking meter, the family didn’t think too much about it and went home after grabbing the bag. They thought the large backpack might’ve been wrapped up in the plastic (and subsequently compressed) in order to keep the straps of the bag contained. But when they got home and opened it, they were left stunned.

“It was completely ripped in shreds,” the woman said. “It was obviously caught in some machine … And it was soaking wet.” It also appeared to have been burnt. “It was obviously stuck in there that long that it started to burn … Their solution was to wrap it up … and do nothing.”

“To go to the extent of wrapping it up and putting it back on the carousel is just disgraceful,” the girl’s mother told Yahoo.

The teen traveller lost multiple items of clothes as well as souvenirs purchased on her trip, amounting to hundreds of dollars worth of damaged and ruined goods.

“Had we opened it up at the airport … we would have found someone and done something about it,” the mother said.

The family has since lodged a claim with the girl’s travel insurance which is currently pending and planned to get in touch with Malaysian Airlines and Sydney Airport over the baffling incident.

“I’m not being a Karen about it, I just want them to know,” she said. “We just want an apology.

“If the insurance company rejects the claim then we’ll probably kick up more of a stink,” she added.

Malaysian Airlines has not yet responded to questions posed by Yahoo.