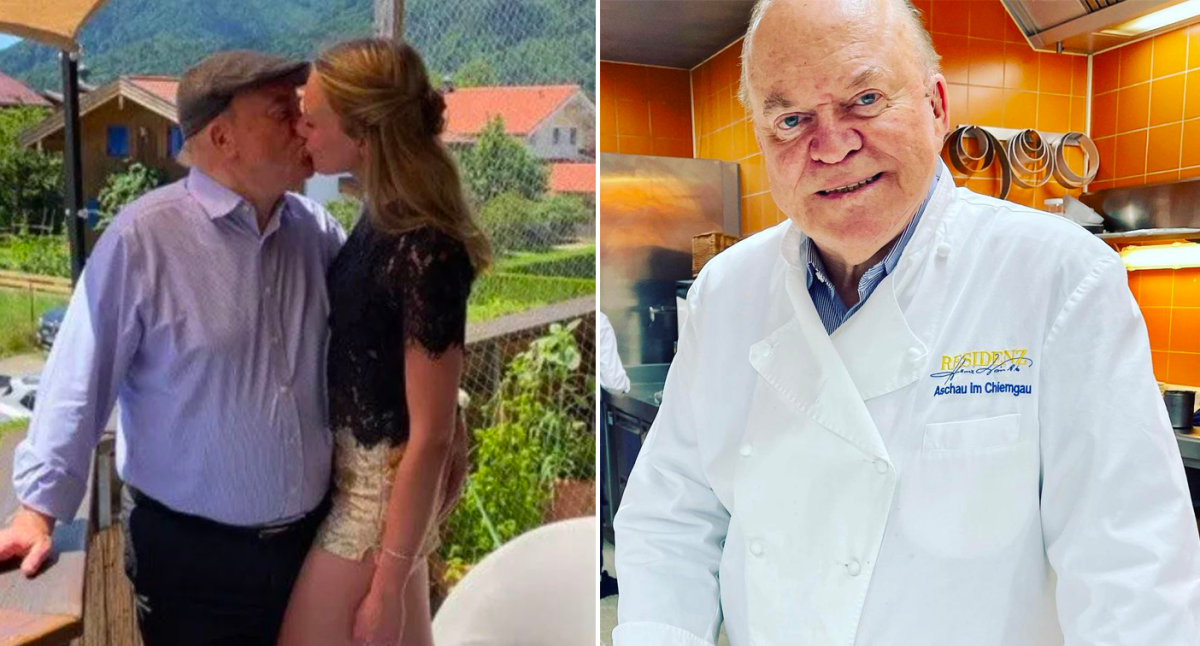 A Michelin-starred celebrity chef’s “mysterious” death is being investigated by police after he apparently fell outside his restaurant in Germany.

Chef Heinz Winkler, 73, had planned to retire with his 26-year-old girlfriend Alicia Maas after a lifetime in the kitchen.

But he died after what local media has described as a “mysterious fall” outside his Residenz restaurant in the municipality of Aschau im Chiemgau, Germany, on October 27.

Police are now investigating how he came to fall.

Local media reported that an unidentified off-duty cook – a friend of Winkler’s first wife Daniella Hain – allegedly urged him to drink heavily before offering him a lift home in his car.

The off-duty chef was then seen with blood on his shirt as he ran back to the restaurant and shouted, “Heinz fell!”

Winkler’s girlfriend Alicia was reportedly in the kitchen at the time of the fall.

The veteran chef was rushed to hospital before he was reportedly placed in an artificial coma.

Some media reports said he died of multiple organ failure on the night between 28th and 29th October.

Winkler was once the youngest person ever to be awarded three stars by the Michelin Guide when he was just 32 years old.

“A great person has left us … A legend of the art of cooking passed away.”