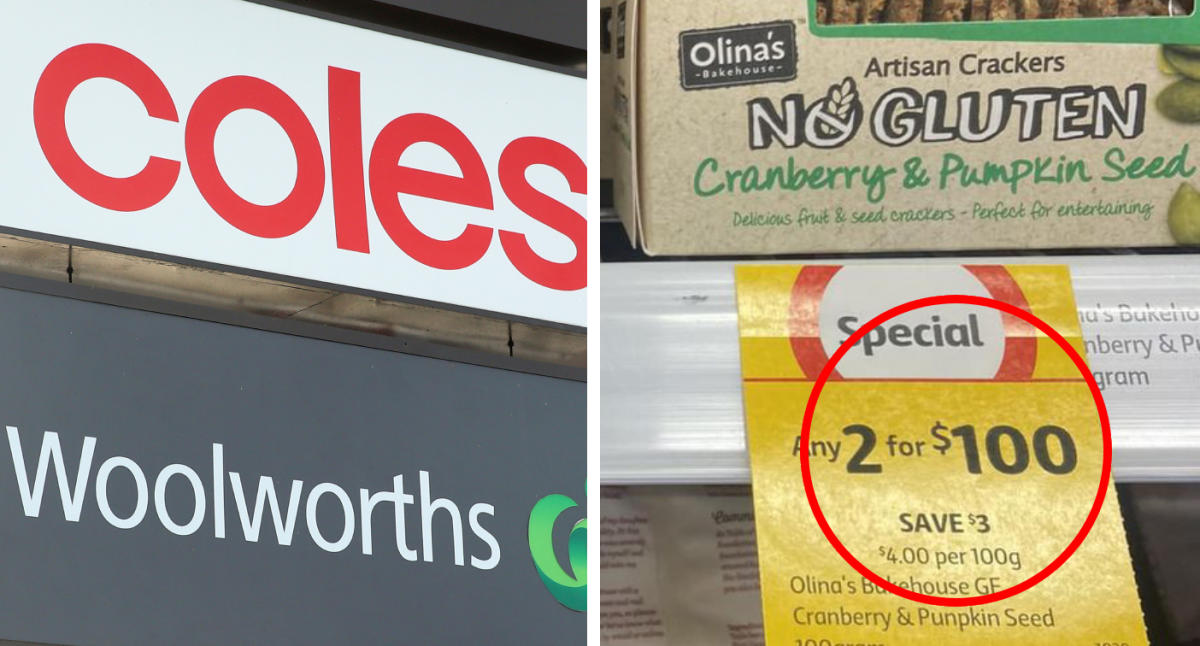 Eagle-eyed customers at Coles and Woolworths have called out the supermarket giants after noticing something was amiss over their prices.

“I know they’re gluten free but these must be the most expensive crackers. Not much of a special offer,” a woman said in a post on Coles’ Facebook page showing a photo of Olina’s artisan crackers on “sale” at two for $100 at a Sydney store.

In a separate post, another shopper was scratching her head over the prices of Christmas ornaments at her local Woolworths branch.

“If you’re wondering why your Chrissy decorations aren’t selling at your Baywater store, this might be why,” the customer wrote in the post, accompanied by a snap of decorations with prices ranging from a normal $4 to a whopping $64 for an eight-pack of felt ornaments.

‘Bit of a price hike’

Other customers were quite amused by the find and could not help but chime in.

“Just a bit of a price hike,” someone joked. “Oh inflation haha,” a woman seconded. “You’re saving $3 tho,” another shopper laughed.

The retailers however were quick to respond, explaining to Yahoo News Australia that the prices seen in the photos were indeed errors.

“The ticket is displaying a printing error,” a Coles spokesperson told Yahoo News and clarified, “Customers can get great value in the Olina’s Bakehouse Gluten Free range this week, with a two for $8 special in stores nationally until 15 November.”

Rival Woolworths also explained that the wrong ticket was printed and was displaying the price of the total box instead of the individual item.

“We’re all about giving value this Christmas and this is simply a ticketing error on the shelf price. And a customer would be charged the correct (and much lower price) when they went to the check out,” a Woolworths spokesperson assured. “We’re getting in touch with the store to have the correct pricing displayed.”

This isn’t the first time the stores have encountered pricing errors.

In February, Coles and Woolworths shoppers were in stitches after discovering a brand of ground coffee was on “special” at two for $420, while a popular baby suit was retailing for an eye-watering $660 instead of $14.40.

Last year, a Woolworths customer also noticed a pricing blunder that involved fairy lights being sold for $204, while a two-pack of tea towels was selling for $100.