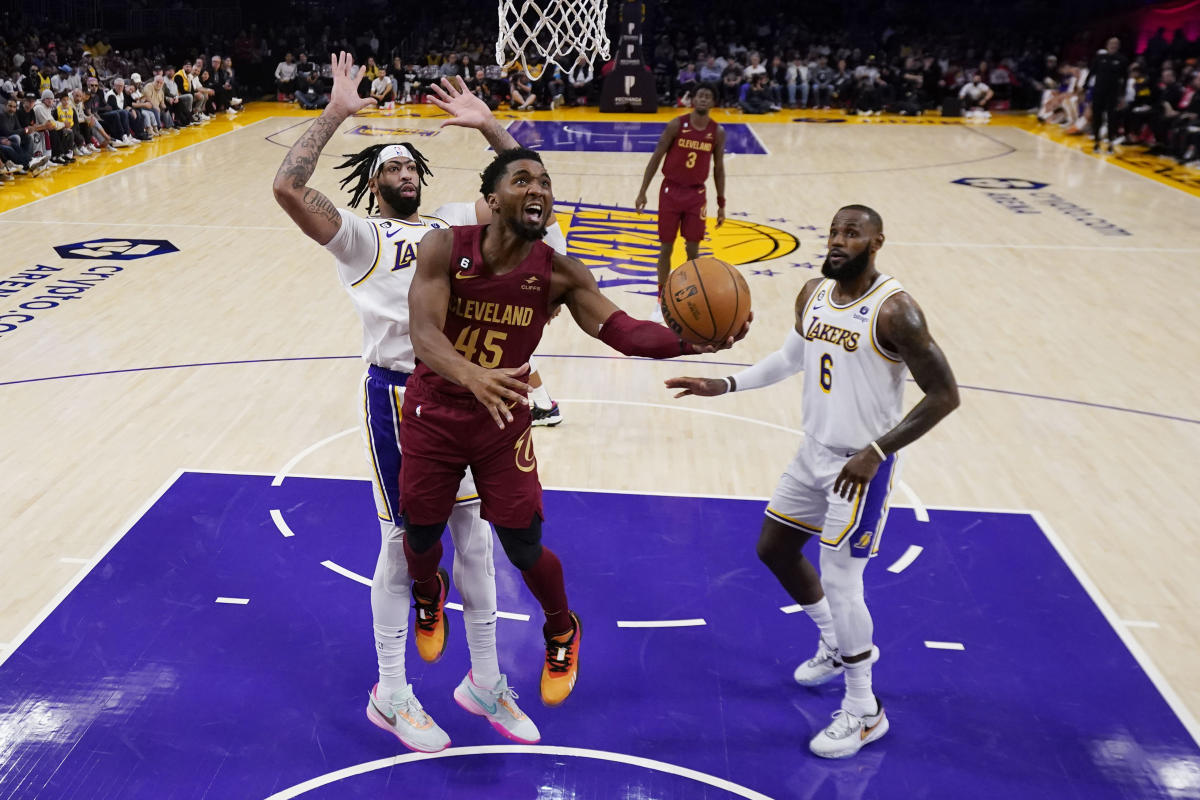 Jarrett Allen added 16 points to back the Cleveland guards’ latest two-man show while the Cavs improved to 8-1, extending their longest winning streak since a 13-game run in late 2017 during James’ final season with his hometown club.

Cleveland hasn’t made the playoffs without James on its roster since 1998, but this current group appears primed to make its own history. The Cavs trailed by 12 points in the first half against Los Angeles, but smoothly surged away from the inconsistent Lakers with a prolonged run in the second half.

James scored 27 points and Anthony Davis had 19 points and 12 rebounds for the Lakers, who dropped to 2-7 with their second straight home defeat. Russell Westbrook had 19 points and 10 assists with seven turnovers in another lively performance as a reserve, but the Lakers had no defensive answers for Mitchell or Garland.

Garland had played in just one of the Cavs’ previous seven games due to an eye injury and a subsequent knee injury. Garland and Mitchell sat out Cleveland’s win over Detroit on Friday, but both stars returned in top form with a combined 17-for-35 shooting, four 3-pointers and a 19-for-20 performance at the free throw line.

Mitchell remained in a groove with his new team, topping 30 points for the sixth time in eight games.

Mitchell and Garland combined for 42 points in the first half while their teammates all struggled, and Cleveland took its first lead early in the third quarter. The Cavs stretched their lead to 17 in the final minutes.

James snapped his skid of 16 consecutive missed 3-point attempts across four games with a bucket in the fourth quarter.

Kendrick Nunn played 18 scoreless minutes in his first start for the Lakers in place of Patrick Beverley, who sat out with an illness. Nunn, who missed the entirety of his first season with the Lakers due to a bone bruise, played less than five combined minutes in the Lakers’ past three games after struggling with his shot and turnovers to start the season.

Lakers: Had the lead after the first quarter of play for the first time this season. … Lonnie Walker left in the first quarter with right wrist soreness, but returned. He scored only six points. … Davis (lower back pain) and James (left foot pain) were cleared to play shortly before tipoff.

Cavaliers: At Clippers on Monday.

Lakers: At Jazz on Monday.