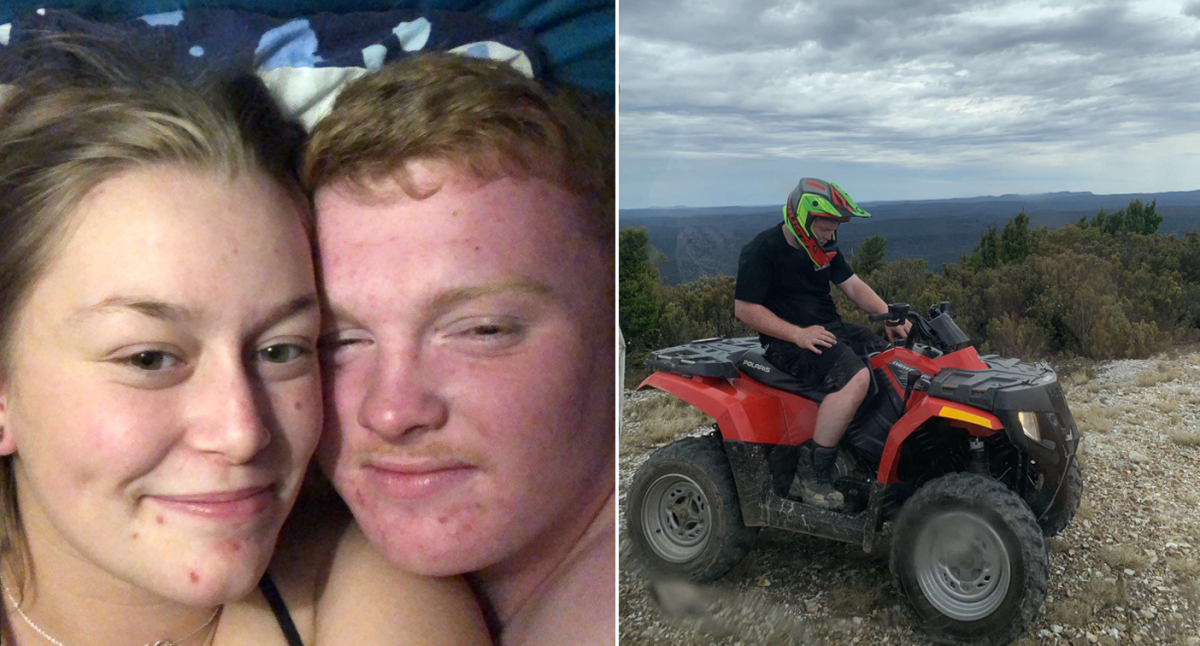 A teenage boy has been killed and a girl left badly injured after a quad bike plunged into a creek in Tasmania’s rural northwest.

Police confirmed on Sunday the 16-year-old male driver, identified as Tyler Evans, died after the crash on Saturday afternoon in Oldina.

The boy’s passenger, a 16-year-old believed to be his girlfriend, was taken to hospital with critical injuries, but she was later reported to be in a stable condition.

Detective Inspector Kim Steven said the crash happened on a gravel road and it appeared the quad bike failed to take a corner properly before hitting a bridge and dropping down an embankment into a creek, where the two teens were found.

He said it was early in the investigation and police were giving the boy’s family time to deal with their loss.

“I can only imagine what the family is going through now, and I don’t want to have this discussion with any other family if we can help it,” he said.

Det Insp Steven added police were still waiting to speak with witnesses, but it appeared both of the 16-year-olds were wearing helmets.

The girl, identified as Kirby-Rose Denby, was in a stable condition at North West Regional Hospital in Burnie on Sunday. She was seemingly well enough to post a six word tribute to her boyfriend after her reportedly succumbed to his injuries this morning.

Changing her Facebook photo to an image of Ms Denby expressed sorrow over his passing.

“My angel love you forever Tyler,” she wrote.

A childhood friend of Tyler, told Tasmanian newspaper The Mercury that she grew up with him and shared a sibling-like bond with him.

“He absolutely adored his farming toys as a kid, along with Lego,” she said. “I remember, when we were kids, we used to jump the back fence – our parents didn’t know – and we’d go down this massive rocky hill, and do roly-poly’s down it.

“He was certainly a character.”

The incident marks the state’s 48th road death for the year, 20 more than at the same point in 2021.

Det Insp Steven said parents needed to set a good example for their children by modelling safe driving behaviour, adding there were additional risks involved with quad bikes and motorbikes.

Police will prepare a report for the coroner.