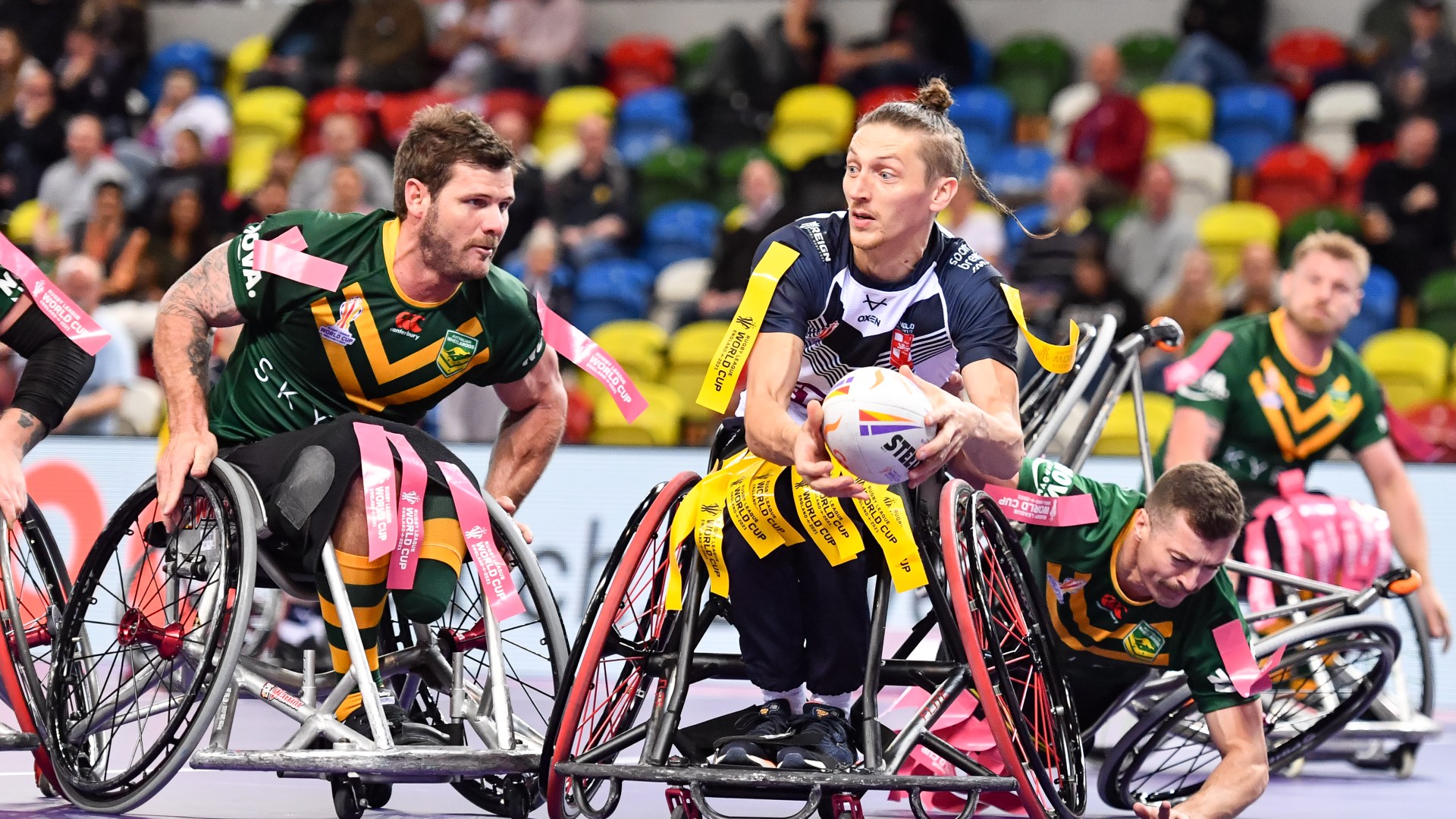 JACK Brown can be forgiven for going around telling people, ‘See, that’s what I was on about,’ after the wheelchair rugby league stars made a huge impact.

The thunder of metal on metal, the skill and the physicality in front of a world record 3,033 crowd at London’s Copper Box announced wheelchair rugby league to the country.

After Thursday’s openers, the reaction of the British public can be summed up in one word – wow.

But Brown, who scored two tries as England beat the Australians he coaches for Queensland 38-8, has been banging the drum for 17 years.

One of two able-bodied players allowed in a wheelchair team, he said: “The sport itself is the star. It’s finally getting the recognition it deserves.

“I’ve been saying for years, since 2005, that it’s up there with the men’s and women’s games. Now it’s on the same level, it’s spectacular.

“And we’re ready for it to go to a new level. We’ve got really good backing from the Rugby Football League and people in and behind the squad are so professional.

“We’re able to actually show it can be faster than the running game. It is as tiring as it looks to play in too!

Most read in RUGBY LEAGUE

“Playing in front of a world record crowd was incredible. We could barely hear ourselves, it was something special.

“And going all the way with us lifting the trophy would propel the sport globally.”

England’s next step sees them face Spain, who defeated Ireland in the first game, today.

But after Thursday’s success, he admits he is not exactly looking forward to heading back to Townsville after the tournament.

He added: “I’ve been out there two years but my wife keeps me grounded so I don’t lose the accent!

“And beating the Aussies was great. Although I am dreading going back to work, it’s going to be very hot!

“England v Australia is so intense at every level of the sport but we’ve set the stage now, breaking a world record. That’s behind the scenes, though.