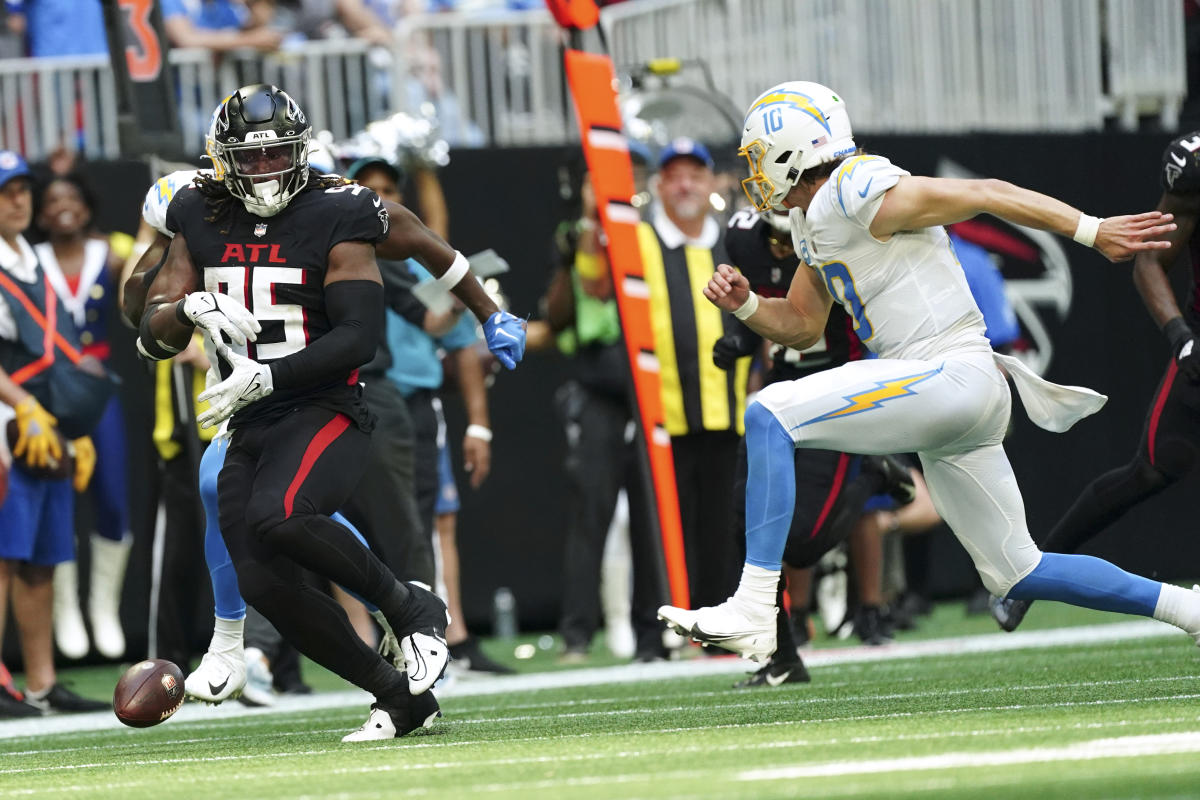 Something had to give on Sunday.

Both teams made their best efforts to cough up a win with the game’s outcome in the balance in the final minute of regulation. The Chargers eventually prevailed, 20-17 after a wild sequence featuring two fumbles that set up kicker Cameron Dicker for his second game-winning field goal of the season — for his second team.

The Chargers were set up for a considerably less chaotic win while facing third-and-4 with 46 seconds remaining. With the game tied at 17-17 and the Falcons out of timeouts, the Chargers simply needed to maintain control of the ball to run down the clock and set up a game-winning field-goal attempt.

They did not maintain control of the ball. Austin Ekeler picked up two yards on a run from the Atlanta 22-yard line but fumbled the ball just before his knee hit the turf. Falcons defensive end Ta’Quon Graham scooped up the loose ball then rumbled 19 yards in an effort to set Atlanta up for its own potential game-winner. His play met the same fate as Ekeler’s — only his fumble wasn’t forced.

Graham simply dropped the ball to the turf as he approached midfield, and the Chargers recovered.

Replay confirmed the rulings on the field of two fumbles that ultimately led to the Chargers maintaining possession alongside a net loss of 19 yards. Justin Herbert picked it back up and then some on a 21-yard pass to Josh Palmer on the next play. The gain ultimately set Dicker up for a 37-yard field-goal attempt to win the game.

He converted, and the Chargers leave at Atlanta with a 20-17 win.

Dicker was kicking in place of injured Chargers kicker Dustin Hopkins, who remains sidelined with a hamstring injury. The 22-year-old rookie out of Texas is making a strong case for a full-time job somewhere.

Dicker’s only other NFL experience arrived in Week 5 as a fill-in with the Philadelphia Eagles. Like on Sunday, he made both of his extra point and field goal attempts including a game-winner against the Arizona Cardinals that earned him NFC Special Teams Player of the Week honors.

The Chargers will likely go back to Hopkins when he’s healthy. In a league that’s constantly rotating kickers, Dicker’s next NFL shot shouldn’t take long.