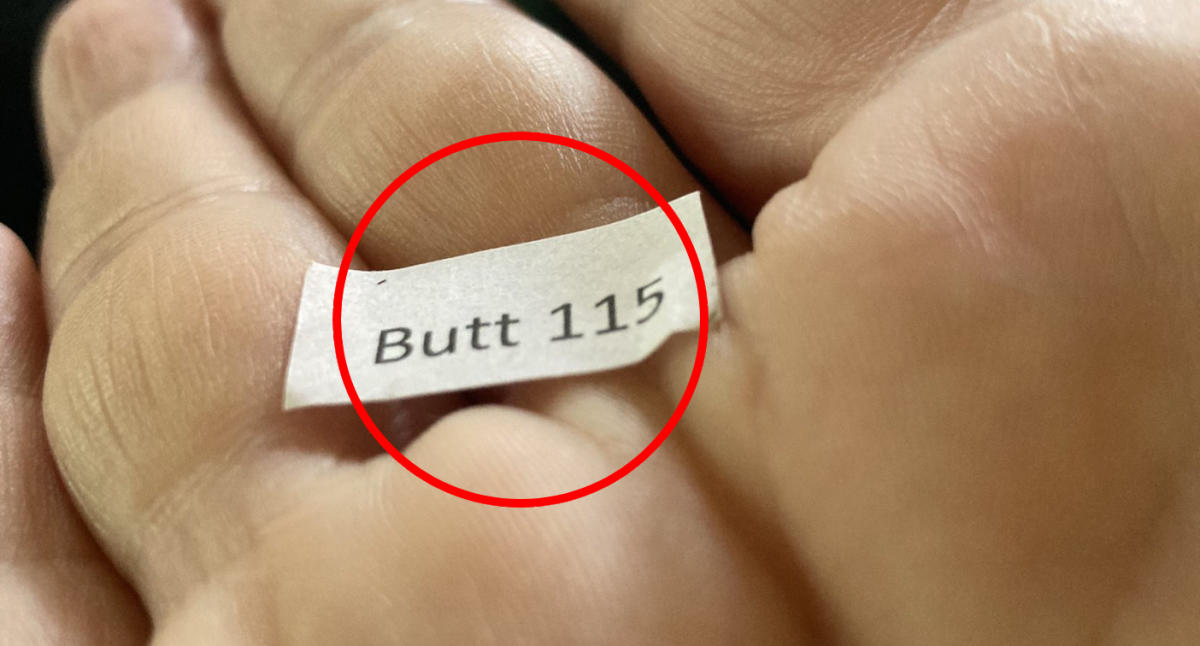 A mum’s social media post about a practical joke her son pulled on his sister has gone viral after she revealed the prank had been gradually unfolding in their household for years.

US woman Kim Baker tweeted that she found one of the 200 “butt” notes her son left all over their house for his younger sibling – long after he left home and even longer after he planted them.

“2 years ago: My son hid 200 butts around the house to entertain his sister. 1 year ago: He left for college. Today: Changed the remote control batteries and found another one,” Ms Baker tweeted alongside a snap of a tiny piece of paper with the words “Butt 115” written on it.

Ms Baker’s tweet has left Twitter in stitches, with nearly 249,000 likes, over 12,200 retweets and a long thread of comments from a community amused by “the gift that keeps on giving”.

“This is hilarious,” wrote one user, while a second tweeted, “That’s funny. And Touching,” and a third added that the prank is “evidence of damn fine parenting”.

“This is how family legend is born. I admire him,” someone else commented, to which Ms Baker replied that she hopes the prank is the start of a long tradition.

In an interview with Today, Ms Baker explained that her 19-year-son has always been the type to play goofy practical jokes, and especially liked to make his 15-year-old sister laugh.

How it all started

The prank, Ms Baker said, started on her daughter’s 13th birthday when her son decided to cut out 200 small pieces of paper with the word “butt” on them and hid them in various locations around their home in Seattle, Washington.

“When she was little, my daughter loved to collect things – rock collections and button collections and those types of things,” Ms Baker told Today. “I think he was hoping she would accumulate all these butts, and she did for a while. She had a little velvet bag and she’d put the butts in there for about a year before she gave up.”

Now two years on, Ms Baker still gets a laugh after finding these little notes.

“It was like this nice little wave from him. He’s gone, but there are always those little reminders,” Ms Baker said.

Following the tweet, other Twitter users related similar practical jokes they either pulled themselves or were pulled on them by friends and loved ones.

“This reminds me of when my daughter placed 20+ cut-outs of Keanu Reeves around the house for my husband’s birthday. It was 2 years ago, so I think we have found them all,” a woman wrote, sharing a pic of a cut-out Keanu perched on top of a clock.