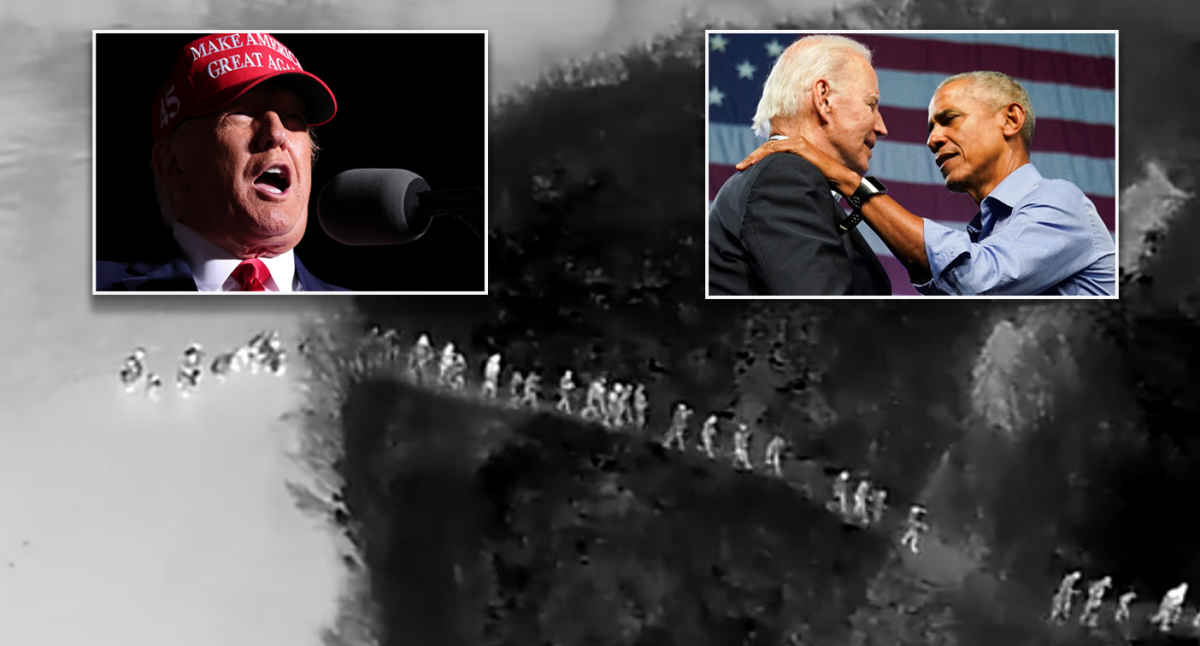 Just days out from crucial elections in the United State which could tip the balance of power in the country, president Joe Biden and his two predecessors, Donald Trump and Barack Obama, have been on the hustings in a last minute effort to “shape” the country’s future.

The midterm elections on Tuesday (local time) in the US will have “decades” of consequences, Biden told voters in Pennsylvania where a key senate race is taking place.

“Folks, three days, three days until one of the most important elections in our lifetime. The outcome is going to shape our country for decades to come, and the power to shape that outcome is in your hands,” he said on Saturday (local time). “It’s a choice. A choice between two vastly different visions of America.”

Trump, who is expected to make a run for the White House in two years, was also in Pennsylvania for a rally, in part to support the Republican senate candidate, celebrity doctor Mehmet Oz. That particular race is one of three critical contests, along with Georgia and Nevada, that will determine whether Democrats hold onto their razor-thin majority in the Senate, and with it the power to confirm Biden’s nominees to posts ranging from his Cabinet to the Supreme Court.

Obama meanwhile warned of a “dangerous climate” being fostered in US politics, lamenting the politically motivated attack last week on Democratic House of Representatives Speaker Nancy Pelosi’s husband, saying it was a product of the hateful rhetoric that has become commonplace in politics.

“This habit we have of demonising political opponents, of saying crazy stuff, it creates a dangerous climate,” he told reporters.

On Sunday, Fox News published drone footage purporting to show a stream of migrants crossing the border into the United States.

“For the fifth day in a row, our thermal drone team witnessed another huge group of migrants crossing illegally” into Texas, Fox News journalist Bill Melugin tweeted alongside the footage.

“Same spot and time, every day,” he said, adding there was “no resistance” on the Mexican side while members of the travelling party were able to climb under a fence on the Texas side. The vision prompted a flood of furious conservative voices on the perennial election issue amid record numbers of arrivals in recent months.

During a White House ceremony honouring Hispanic heritage last month, Biden pledged himself to “fix our immigration system for good”. Biden, who inherited a hardened system oriented by Trump toward keeping immigrants out, has undone many of his predecessor’s most contentious policies. He has worked to speed up the handling of asylum cases and boost the number of refugees allowed into the country.

The Democrat president has also focused on tackling near-term issues like reuniting migrant families separated during the previous administration and addressing clogs in the asylum system. But an increasingly divided nation can’t agree on what a longer-term fix to the system should look like — basic questions like should there be more immigrants coming in, or fewer?

Donald Trump made a characteristically loud entrance during a rally in Pennsylvania late on Saturday (local time).

The former president took the adoring crowd through polling results that show him comprehensively beating his Republican rivals if he makes another tilt at the presidency in 2024, while also airing his usual grievances and decrying the media.

“The media, those people right there, they’re corrupt. Largely corrupt. They are truly the enemy of the people,” he told the crowd.

Notably, he also took aim at his main competition for the 2024 Republican presidential nomination, trying out a new nickname for Florida governor Ron DeSantis, calling him Ron DeSanctimonious.