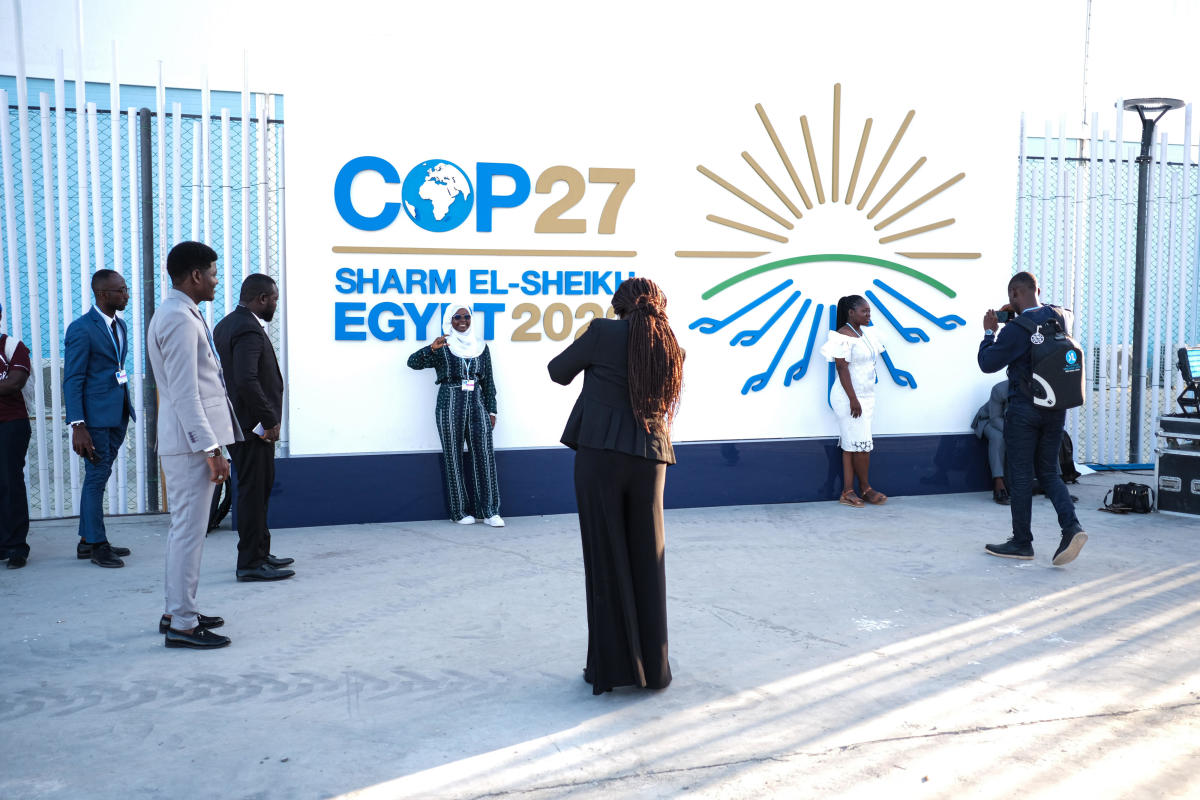 London — The scientific community and the majority of the world’s political leaders agree that climate change is one of the biggest threats to life on this planet, and the impacts are already being seen and felt around the world in the form of droughts, more frequent and more severe storms, rampant flooding, heat waves and wildfires.

While there’s little doubt that the problem can only be addressed through international cooperation, it can be hard to keep track of global efforts to do that. Every year there is one major global event that seeks to put it all in one place.

Below is a breakdown of what to expect from the biggest international climate conference, COP27, as it kicks off Sunday in Egypt.

COP stands for “conference of parties.” It happens every year, and this is the 27th time it has been convened. It is a meeting of governments that have signed onto the world’s major climate change agreements: The United Nations Framework Convention on Climate Change, the Kyoto Protocol, or the Paris Agreement.

The gathering is hosted by a different country each year, and this year it is being held in Sharm el Sheikh, Egypt, from November 6-18. The event is an opportunity for the signatory nations to discuss everything from steps they are taking to adapt to the impacts of climate change, to financing climate action.

But this year’s gathering is also seen by many as a critical test of whether the global community can or will do enough to prevent the worst predicted outcomes of climate change.

A critical test for climate action

Under the landmark 2015 Paris Agreement, the first legally binding international climate change treaty, 194 countries committed to the goal of limiting the rise in the global average temperature to “well below” 2 degrees Celsius — and ideally below 1.5 degrees Celsius — compared to pre-industrial levels.

Under the treaty, each country decides for itself how much it will reduce its emissions every year to meet that goal. Every five years, those targets are revised and made more ambitious; this is called a “ratchet mechanism.”

COP26, which took place in Glasgow in 2021, was the first test of the ratchet mechanism, and the results weren’t promising. The targets submitted by governments for that conference were insufficient to limit global warming to the desired levels. Countries were therefore asked to revise their targets before COP27.

According to a U.N. report released in October, just weeks ahead of COP27, the policies currently in place put the world on track for warming of 2.8 degrees Celsius above pre-industrial levels, and there is currently “no credible pathway” to the goal of limiting the increase to 1.5 degrees Celsius.

“Untold human suffering” is in the near future as U.N. warns climate change is pushing Earth closer to extreme warming

“We are still nowhere near the scale and pace of emission reductions required to put us on track toward a 1.5 degrees Celsius world,” Simon Stiell, executive secretary of U.N. Climate Change, said in October. “To keep this goal alive, national governments need to strengthen their climate action plans now and implement them in the next eight years.”

President Biden, alongside U.S. Climate Envoy John Kerry, will attend the conference, as will at least 90 other heads of state.

Britain’s King Charles III, who devoted a huge amount of attention to environmental causes before inheriting the throne, will not attend, it was confirmed by Buckingham Palace. The U.K.’s new prime minister, Rishi Sunak, initially said he would be unable to attend because of the financial turmoil at home, but after it emerged that former premier Boris Johnson, a same-party rival, might show up in Egypt, Sunak confirmed on Wednesday that he’d go.

Climate activist Greta Thunberg said she was not going to the conference this year, dismissing the global summit as a forum for “greenwashing.”

“As it is, the COPs are not really working, unless of course we use them as an opportunity to mobilize,” Thunberg said.

Thunberg said she also believed space for activists at the conference was limited, and she wanted to leave room for other advocates to attend.

“Commitments to net zero are worth zero without the plans, policies and actions to back it up,” U.N. Secretary-General António Guterres said ahead of the conference. “Our world cannot afford any more greenwashing, fake movers or late movers. We must close the emissions gap before climate catastrophe closes in on us all.”

Open: This is “Face the Nation with Margaret Brennan,” Nov. 6

Lincoln’s example, and our task to protect democracy