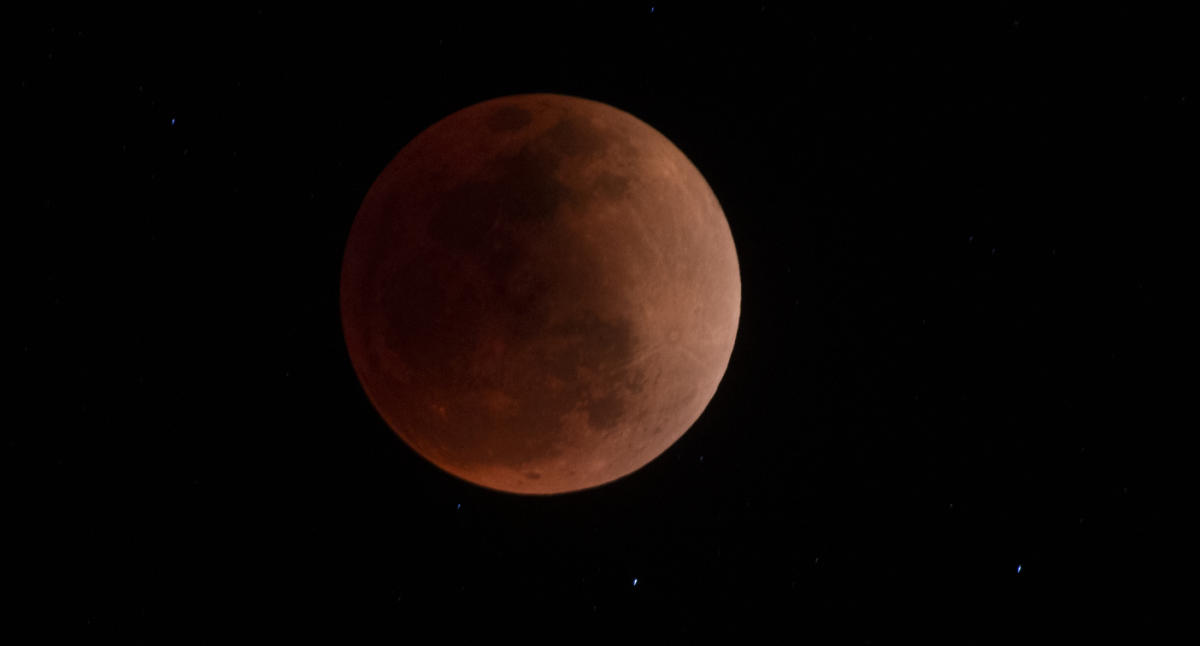 Call all sky spotters, star-crossed lovers and starry-eyed children: cancel your Tuesday evening plans because that will be your last chance to catch a glimpse of a total lunar eclipse before 2025.

The event is known as a blood moon, which occurs when the sun, Earth and moon align in such a way that the moon becomes cloaked in the Earth’s shadow.

Dr Brad Tucker, an astrophysicist from The Australian National University (ANU), said in a statement that this shadow is what causes the moon’s surface to appear red.

How red will the blood moon be?

According to NASA, the intensity of a blood moon is determined by the amount of dust and clouds in Earth’s atmosphere at the time of the celestial event.

Although total lunar eclipses only occur during a full moon, they don’t occur with every full moon, in fact, you’ll have to wait another two and half years if you miss this one.

“This is because the moon’s orbit is not always in perfect alignment with the sun and the Earth,” Dr Tucker explained. “The moon wobbles by about five degrees as it orbits around the Earth. For the moon to move perfectly into Earth’s shadow, it needs to be aligned with the Earth. Sometimes it just skims the shadow and we get a partial lunar eclipse.”

Although the moon will be at least partially eclipsed on Tuesday 8 November from 8:09pm to 11:49pm Sydney time, the total eclipse phase, where the moon is at its reddest, is much shorter. Here are the best times to watch across Australia:

No special equipment is needed to view the blood moon, although a telescope or binoculars will provide you and your family with the best viewing experience.

The blood moon will also be visible from New Zealand, the Americas and parts of Asia.