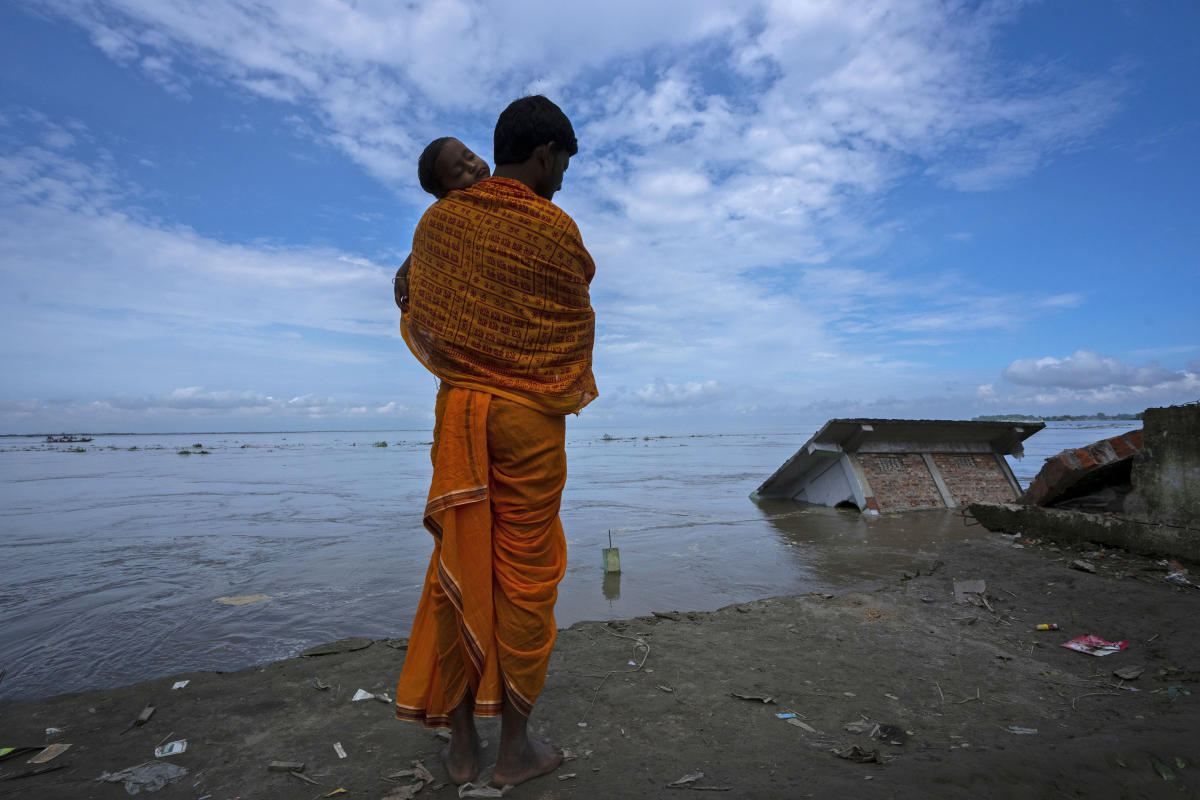 GAUHATI, India (AP) — In the 12 years that he has been the priest of a small temple by the mighty Brahmaputra, Ranajit Mandal had never witnessed the river’s fury like this. Not only the temple, but the 50 homes in his native Murkata village were washed away in a matter of days.

“I feel like the earth has given way under my feet now. I have been the temple’s priest ever since it was built, I feel really lost now,” Mandal said.

Mandal, who is also a farmer and father of two, says the erosion of the river means his family has been deprived of income, relying instead on government assistance. “Each family was given 5,000 rupees ($60) but that is hardly anything compared to what we have lost.”

Murkata village in the northeastern state of Assam is in one of the most climate-vulnerable regions of India, according to a report by the Council on Energy, Environment and Water, a New Delhi-based climate think tank.

With India ranked the seventh most vulnerable nation to climate change by the non-governmental group Germanwatch, Mandal and other residents of Murkata are on the front lines of the crisis.

The Brahmaputra has always changed course and reclaimed farmland and villages, but the frequency and severity of the river’s destruction has increased in recent years.

A 2020 study by New York-based Earth Institute, Columbia University, found that the river’s potential for catastrophic flooding as temperatures rise was being underestimated by nearly 40%.

“The river has washed away everything, and we have no place to go back to now,” Mandal said. “Even though we are staying nearby now, if this continues, we’ll have no choice but to move away from here, away from the river.”