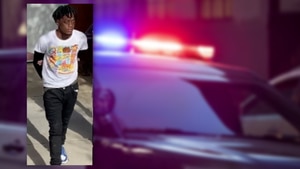 A man is in custody after Clayton County police said he shot and killed a man near the Tara Boulevard and Old Dixie Road intersection Sunday morning.

According to police, the incident happened just before 8 a.m. and when officers arrived to the scene they found the victim, 29-year-old Willie Tucker with multiple gunshot wounds in the roadway.

Tucker was transported to a local hospital where he later died.

Police told Channel 2 Action News that while they were on the scene, they noticed the suspect, 30-year-old Jonathan Powell attempting to walk away from the scene. Police were able to capture Powell and take him into custody. Powell was still in possession of the weapon used in the shooting, police said.

Police believe Tucker and Powell both knew one another when they started to argue before Powell fired shots.