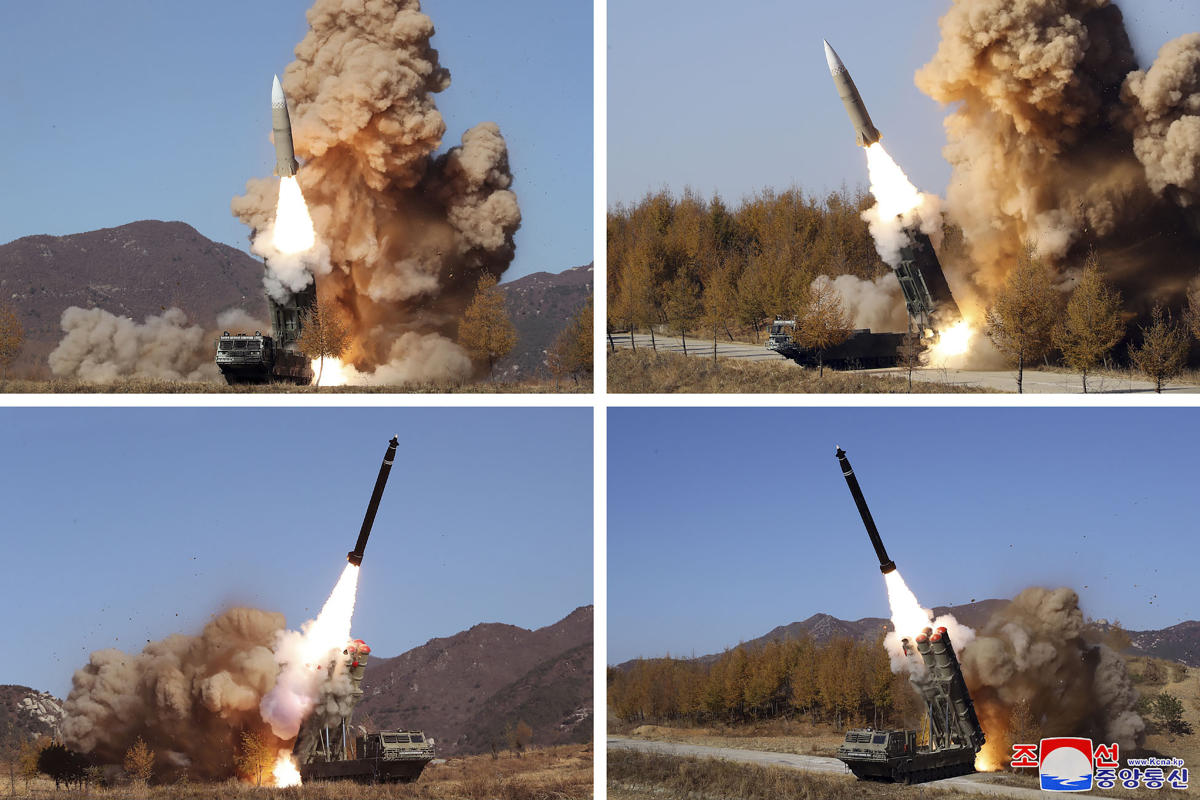 The North’s military said it carried out an important test of a ballistic missile with a special functional warhead missioned with “paralyzing the operation command system of the enemy.” It said it also launched super-large, multiple-launch missiles and tactical ballistic missiles.

It didn’t specifically mention a reported launch Thursday of an intercontinental ballistic missile aimed at hitting the U.S. mainland. Almost all other North’s missiles launched last week were likely short-range, many of them nuclear-capable weapons. They place key military targets in South Korea, including U.S. military bases there in striking range.

“The KPA General Staff once again clarifies that it will continue to correspond with all the anti-(North Korea) war drills of the enemy with the sustained, resolute and overwhelming practical military measures,” it said.

This year’s “Vigilant Storm” air force drills between the United States and South Korea were the largest-ever for the annual fall maneuvers. The drills involved 240 warplanes including advanced F-35 fighter jets from both countries. The allies were initially supposed to run the drills for five days ending on Friday, but extended the training by another day in reaction to the North’s missile tests.

On Saturday, the final day of the air force exercises, the United States flew two B-1B supersonic bombers over South Korea in a display of strength against North Korea, the aircraft’s first such flyover since December 2017.

South Korea’s Joint Chiefs of Staff said the participation of the B-1Bs in the joint drills demonstrated the allies’ readiness to “sternly respond” to North Korean provocations and the U.S. commitment to defend its ally with the full range of its military capabilities, including nuclear.

Even before the “Vigilant Storm” drills, North Korea test-launched a slew of missiles in what it called simulated nuclear attacks on U.S. and South Korean targets in protests of its rivals’ other sets of military exercises that involved a U.S. aircraft for the first time in five years.

Some experts say North Korea likely aims to use the U.S.-South Korean military drills as a chance to modernize its nuclear arsenal and increase its leverage to wrest greater concessions from the United States in future dealings.

U.S. and South Korean militaries have been expanding their regular military drills since the May inauguration of conservative South Korean President Yoon Suk Yeol, who has promised to take a tougher stance on North Korean provocations. Some of the allies’ drills had been previously downsized or canceled to support now-stalled diplomacy on North Korea’s nuclear program and cope with the COVID-19 pandemic.