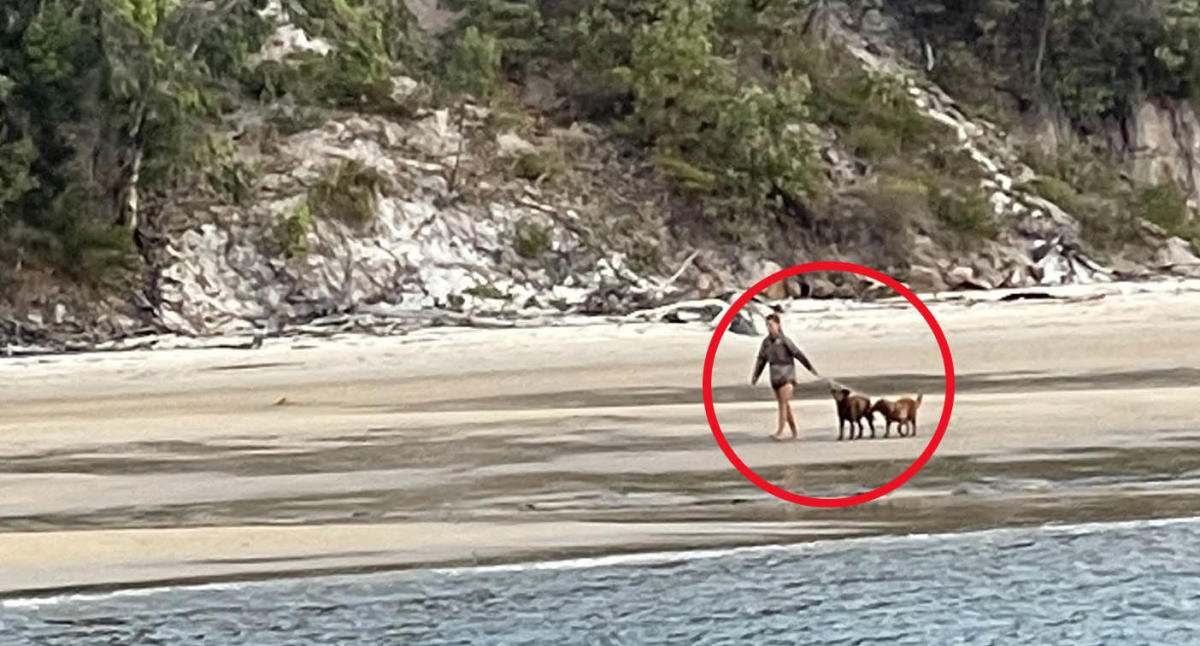 A woman has been called out for threatening the ecosystem of K’gari (Fraser Island), by bringing her two pet dogs on the beach.

The Queensland Parks and Wildlife Service are asking the public to help identify the woman and her friend, who tied up their yacht on the shores off K’gari, as they are both facing potential fines for the illegal act.

“Although the woman kept those dogs on a lead while they were exercising on the beach, she will receive a fine when she can be identified,” Ranger in charge, Linda Behrendorff, said in a statement.

It is the fourth instance of a domestic animal being reported on the island this year, each costing the pet owners $137.

Why are domestic animals banned?

As of 1991, domestic animals have been banned on the World Heritage listed island, and from 2011 in residential areas, to protect the native dingo population (wongari), who are “among the purest strain in Australia”.

“Domestic dogs are incompatible with the natural values of K’gari,” Ms Behrendorff said.

“Domestic dogs carry diseases or viruses, including heartworm or Parvo virus that could become an issue if it was passed from a domestic dog to the wongari population.”

She also noted that it could be dangerous for the pet to be on the island with dingoes around.

“The presence of domestic dogs on the island can also cause stress for wongari and could result in a negative interaction between the wongari, dogs or their owners,” Ms Behrendorff said in the statement.

“If the domestic dogs broke off the lead, they could become lost while exploring, which might leave them vulnerable to the wongari.”

‘Domesticated pets do not belong in national parks’

Ms Behrendorff said rangers from the Queensland Parks and Wildlife Service and the Butchulla Aboriginal Corporation have a “zero-tolerance approach” when it comes to people defying the rules.

“Domesticated pets do not belong in national parks, and people need to check our website before planning their trips,” she said.

Though if it’s a support dog, Ms Behrendorff asks that they wear an identifying coat or harness, the approved badge or tag and be kept on a lead. The owner must also have the correct paperwork with them.Queensland Parks and Wildlife Service are continuing their search for the woman.

“Rangers have reviewed photos of the boat, but cannot find a registration, and we’re asking for public assistance to help identify the people on the boat,” Ms Behrendorff said.

Anyone with information about people who bring dogs or other domesticated pets to K’gari is asked to email dingo.ranger@des.qld.gov.au or phone (07) 4127 9150.