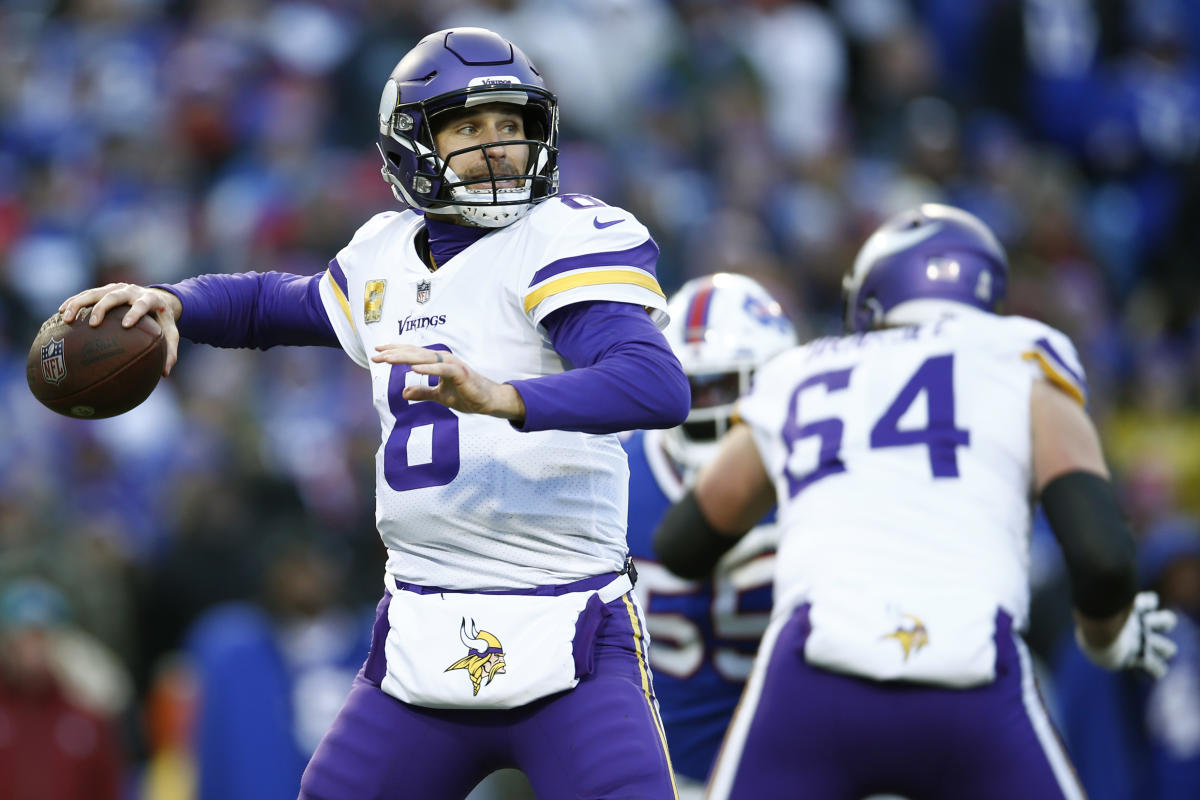 Everyone loves talking about quarterbacks and even more, assigning takes to quarterbacks. Welcome to the Quarterback Confidence Index, where we’ll take the pulse of the quarterbacks that man the current playoff teams.

A 10 means you’re Patrick Mahomes or God or something like that. A lower score means there’s less confidence. Easy, right?

Here’s how confident playoff teams, ordered by seed, should be in their quarterbacks to lead a deep run and potentially win a Super Bowl title.

Jalen Hurts has been to the playoffs before, and is putting up an MVP-level campaign this year, but it’s fair to wonder how this offense will fare in the postseason. Still, there is the added fact that this offense is able to function as well as it does because Hurts has been as good as he’s been this season. There should be a lot of confidence in Hurts and the Eagles’ offense as far as the playoffs are concerned, but they still need to do it.

If Kirk Cousins can just keep throwing to Justin Jefferson, the Vikings might win the damn Super Bowl. However, Kirk Cousins is prone to his Kirk Cousins moments that can sink the whole ship if the talent around him isn’t up to par. So far, it has been, but Cousins’ track record on its own is a bit hard to get behind. Still, he’s not the worst quarterback in the world and can go through stretches of quality play.

If this was just based on how Geno Smith has played this year, his number would be higher. It’s just hard to project how this offense is going to perform in the playoffs should they make it there. They struggled against the Buccaneers in Germany, but that could just be a one-off performance against a really, really good defense. Smith has been a legitimate playmaker this season, it’s just hard to predict how he’ll look in the postseason.

Tom Brady was able to bounce back on Sunday after a slow start to the season, showing why he still had the skills to come back and play at age 45. He’s not the 10/10 version of Brady that can scare defenses with anyone, but he’s still a good starter that just needs to get the ball into the hands of some very talented receiving options.

Daniel Jones is having the best season of his career to this point, but he hasn’t ascended to the plane where he should be counted on to win a playoff game just yet. Jones is not dragging the Giants down, but he’s not the main reason they’re winning either. Saquon Barkley gets an 11/10 on the confidence scale for running backs.

Prescott is one of the best quarterbacks in the NFL and the Cowboys offense has come back to life since he was inserted back into the starting lineup. Their postseason record has been shaky as of late, but Prescott can absolutely be the reason why they win some tough games in January.

Jimmy Garoppolo is not a great quarterback, but he has been deep in the playoffs as a starter twice. He’s a pro when it comes to running Kyle Shanahan’s offense, even if his own limitations put a cap on their ceiling at times. Still, there are much worse options to have in the playoffs than a quarterback that was a throw away from winning the Super Bowl and almost beat the Rams in the NFC Championship game this year.

Patrick Mahomes is playing like the best quarterback in the NFL because he is the best quarterback in the NFL. The Chiefs will have a chance to score 30 on anybody as long as Mahomes is under center. No Tyreek Hill? No consistent blocking? No problem for Mahomes. He’s entered a truly elite space where it feels like he can run over any problem in his path.

In a very short manner of time, Tua Tagovailoa has mastered the new offense installed by Mike McDaniel and has the Dolphins offense humming through the season to this point. Tagovailoa might not have much playoff experience, but if he can continue to keep the Dolphins offense afloat at this level, they can absolutely find themselves playing in the Super Bowl this year.

Ryan Tannehill has had a strong career in Tennessee, but he’s not the guy that can carry an offense into top-tier production based on the strength of his existence. He’s a solid quarterback in a not-so-solid situation, but that hasn’t stopped the Titans in the past.

Lamar Jackson has had some dark moments this year, but he is the reason why the Ravens are able to field a functional offense, which currently ranks third in DVOA according to Football Outsiders. It might not always look pretty with Jackson, but he’s able to play winning football on a fairly consistent basis even with injuries around him. Jackson isn’t as consistently elite as Mahomes, but he’s the Atlas of the Baltimore Ravens.

The Jets have been able to avoid losing games despite some shaky performances from their second-year quarterback. The Jets are going to need better play from Wilson if they want to keep the ship afloat and get to the playoffs. Right now, Wilson’s play is going to make a playoff game tougher than it already is.

Look, Josh Allen has had a weird stretch of games, but that’s OK. Allen’s play style can be a bit dangerous at times, but it’s a much bigger benefit for the Bills than it is a detriment. The interceptions he threw against the Jets and the Vikings were crucial reasons as to why they lost, but this offense can’t even begin to function without him. Everything is going to be fine in Buffalo and Josh Allen is still one of the best quarterbacks in football.

It’s tough to have a whole lot of confidence in Mac Jones or the Patriots offense as it pertains to their chances to go on a deep playoff run, but he was able to make it to the postseason as a rookie. Jones didn’t offer much once the Patriots got to the playoffs, but at least he has the experience of being in that situation. Still, he needs to grow more as a playmaker and become more comfortable with his supporting cast before there’s confidence in him can grow.

The confidence interval for the young quarterbacks not currently on playoff-bound teams is a bit different. Instead of looking at how these quarterbacks project for future playoff runs, this is just looking at their chances of panning out as a legitimately good long-term starter.

Trevor Lawrence might not have hit the ground running like people were expecting, but he’s had legitimate moments of high-level quarterback play this season under Doug Pederson. The stats might not do Lawrence justice this week, but he did play well in a game against Patrick Mahomes and the Chiefs on Sunday. The Jaguars have finally found a quality quarterback and he still has a chance of hitting his prodigal ceiling, even if it’s going to take longer than people thought.

Fields has found his lane as one of the most explosive runners in all of football while his skills as a passer continue to grow. If Fields’ passing prowess can get close to where he is as a runner, the Bears will have an MVP-level quarterback for the first time since Sid Luckman in the 1940s.

Mills is a quality quarterback, but he’s probably not the guy to be a long-term starter without a great supporting cast in place around him. If the Texans get the first pick in the 2023 NFL draft, it’s unlikely that Mills will be the quarterback for the future, but he still has a place in this league for the next decade.