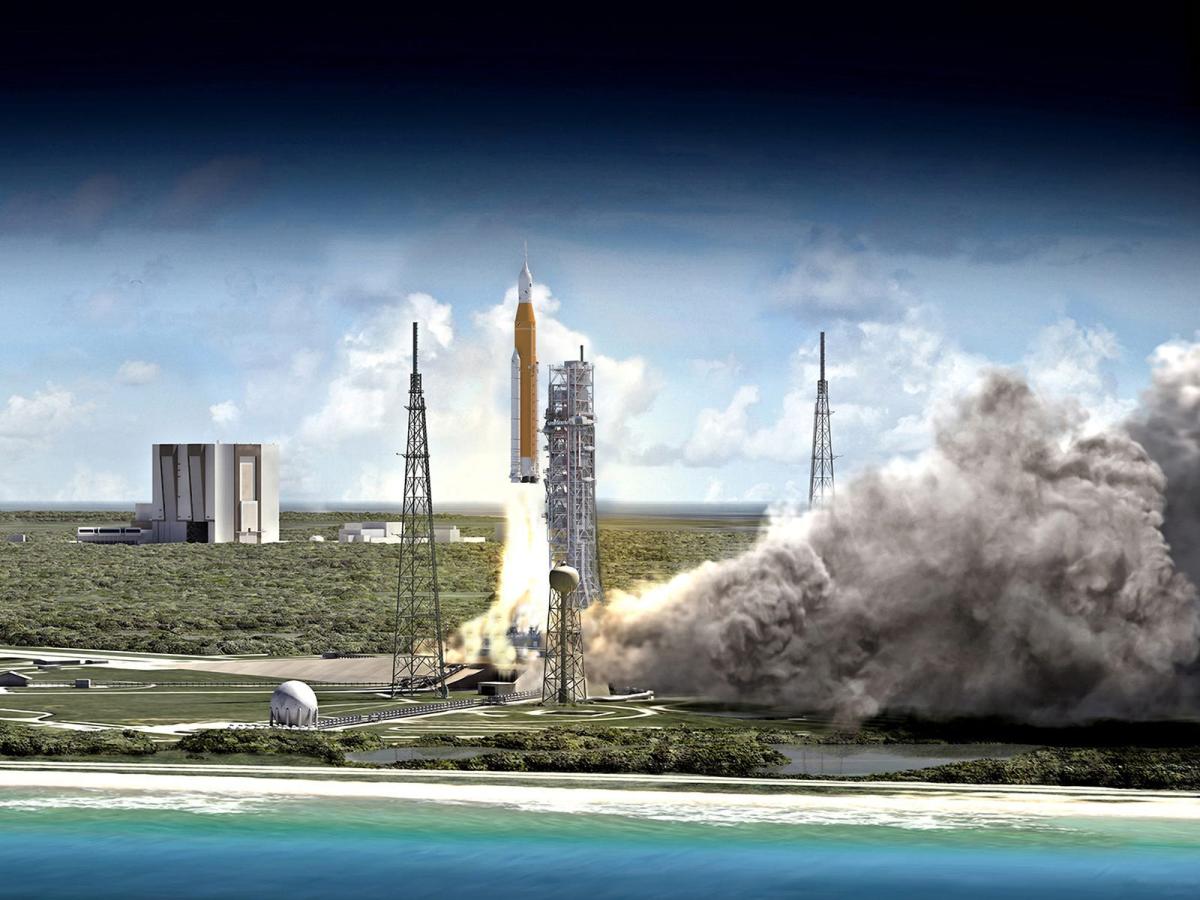 NASA is counting down to liftoff for its monumental return to the moon. The Artemis I mission aims to launch the agency’s new lunar mega-rocket for the first time, then test the spaceship designed for the first astronaut missions to the moon since the Apollo program ended 50 years ago.

If the Space Launch System (SLS) rocket successfully launches, shoots its Orion spaceship around the moon, and the spaceship survives the fiery plummet back through Earth’s atmosphere, NASA could be on track to put boots on the lunar surface in 2025 — the first human moon landing since 1972. Eventually, NASA plans to build a permanent base on the moon and mine resources there, before sending astronauts on to Mars.

That’s why NASA has spent 17 years and an estimated $50 billion developing the SLS rocket and its Orion spaceship, according to The Planetary Society. Now the rocket is sitting on Launchpad 39B at Kennedy Space Center in Florida, with the spaceship secured to its nose. It was originally supposed to lift off in February, but fuel-tank issues, misbehaving engines, and hurricanes have repeatedly delayed the mission.

After troubleshooting those issues, NASA plans to attempt launch once again on Wednesday, November 16, at 1:04 a.m. ET.

Watch the launch live on NASA’s broadcast below, starting when technicians begin filling the rocket with fuel at 3:30 p.m. ET Tuesday. NASA plans to keep broadcasting until about 10 a.m. ET Wednesday, when the Orion spacecraft is set to beam back its first imagery of Earth.

If the launch countdown is put on hold for any reason — to wait for clouds to pass or to check a potential technical issues, for example — NASA has two hours after 1:04 a.m. ET to lift off.

A backup launch window is also available on Saturday, November 19, if any last-minute technical issues or weather delays arise.

The bright new SLS rocket stands taller than the Statue of Liberty, at 23 stories, with the spaceship secured up top. Four car-sized engines and two rocket boosters should give it enough thrust to push through the thickest parts of the atmosphere. If everything goes smoothly, Orion will clock a total distance of approximately 1.3 million miles over 25 days. It will zip as close as 60 miles above the lunar surface, allowing lunar gravity to sling it 40,000 miles past the moon before heading back to Earth for a splashdown in the Pacific Ocean in October.

Scientists will assess how future astronauts will experience the stresses of space by measuring how much cosmic radiation mannequins aboard the Orion capsule endure during the test flight. The mission will also launch several CubeSats, or miniature satellites, with science missions.

However, NASA’s main goal with Artemis I is to test every function of the launch and spaceflight system — including Orion’s communication and navigation systems and its heat shield, which must withstand a fiery plummet through Earth’s atmosphere at 25,000 miles per hour at temperatures reaching 5,000 degrees Fahrenheit — before risking human lives in future missions.

If the uncrewed Orion spaceship makes it around the moon and back without a hitch, the Artemis II mission will carry astronauts on a similar roundabout. The Artemis III mission aims to put humans on the moon in 2025.

This post has been updated with new information. It was originally published on August 29, 2022.