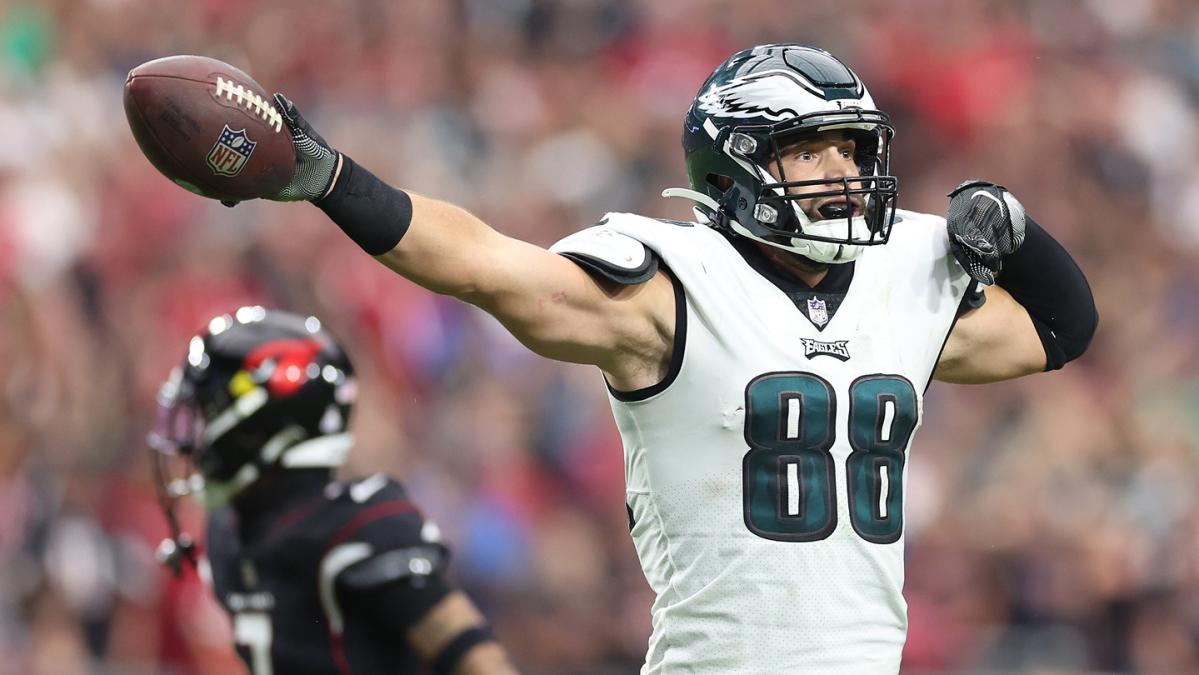 The Eagles on Wednesday afternoon made a flurry of roster moves including a move to put Dallas Goedert on Injured Reserve.

Goedert injured his shoulder on Monday night when he was dragged to the ground by his facemask in the fourth quarter of the Eagles’ loss. While it’s not considered to be a season-ending injury, Goedert will miss at least a month.

Now that he’s on IR, Goedert will miss at least the next four games. He won’t be eligible to return until Week 15 against the Bears.

Goedert, 27, was having a career season in 2022. He already had 43 catches for 544 yards and 3 touchdowns in nine games. He was a huge part of the Eagles’ offense and they’ll certainly miss him over the next month.

Here are the other roster moves the Eagles announced:

• The Eagles also placed DT Marlon Tuipulotu on IR. Without Tuipulotu, the Eagles are also signing 34-year-old veteran nose tackle Linval Joseph, who last played for the Chargers in 2021. Joseph is a 330-pound nose tackle and the Eagles hope he’ll help improve their run defense.

• Tight end Tyree Jackson was activated from the PUP list. Today was the deadline to activate him after the Eagles opened his 21-day practice window back on Oct. 26. Jackson should be the Eagles’ third tight end behind Jack Stoll and Grant Calcaterra.

• The Eagles activated the 21-day practice window for DE Janarius Robinson, who has been on IR since Oct. 15.

• They also signed safety Marquise Blair to the practice squad. Blair was a former second-round pick out of Utah and has played in 25 career games with 3 starts in his four-year career. He takes the practice squad spot left vacant after the Eagles released WR Auden Tate on Tuesday.

The Eagles now have three players on Injured Reserve who are expected to return this season: Jordan Davis, Avonte Maddox and Goedert.