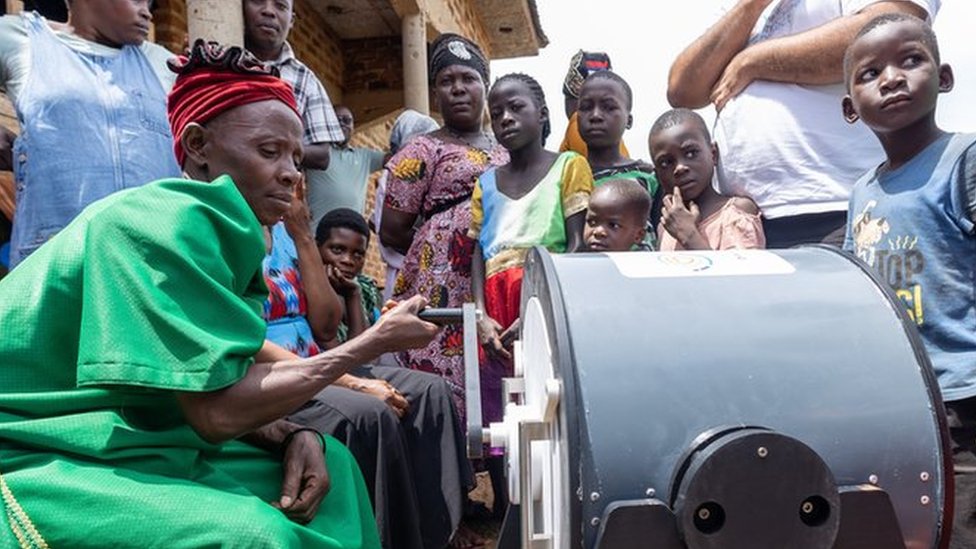 People in Britain are turning to an off-grid washing machine designed for developing countries to help cut costs.

The device was created to allow people without access to running water or reliable electricity to wash clothes.

But as energy costs soar, TWMP has started providing the device to homeless shelters and other communities in England.

The crank-handle machine was created by University of Bath graduate, Navjot Sawhney, after witnessing the “backbreaking” struggles of women washing clothes in India.

Since launching in 2019, TWMP has focused on delivering its machine to refugee camps, and those in poorer communities and conflict zones, including families fleeing Ukraine.

But after a surge in interest from UK customers, TWMP is now working with government-funded agency, Innovate UK, to provide devices to homeless people via local councils.

“I would say about 25% of our requests and calls are coming from people in the UK right now, who can’t afford to pay the bills and are looking for an alternative to save money,” Mr Sawhney said.

“I spoke to one lady who spends £50 a week at the laundrette to wash her family’s clothes, so she contacted us to enquire about our manual washing machine.

“Our initial focus hasn’t been on the UK, but with the cost-of-living crisis this is something we have been looking at,” he added.

Mr Sawhney, 32, named the device the Divya, after a woman he became friends with in India.

Over the past week, Mr Sawhney has been distributing the machine in remote communities in Uganda.

Among the people he met was Lillian, a 46-year-old mother of eight whose hands were so blistered from washing clothes she was forced to spend what little money she had on medicated lotion.

“The machine means she can spend less on medication, more time on her tomato-selling business and therefore her family prosper,” Mr Sawhney said.

It estimates 100,000 people will benefit from those machines.

“We want to become the Dyson of the humanitarian world,” added Mr Sawhney.