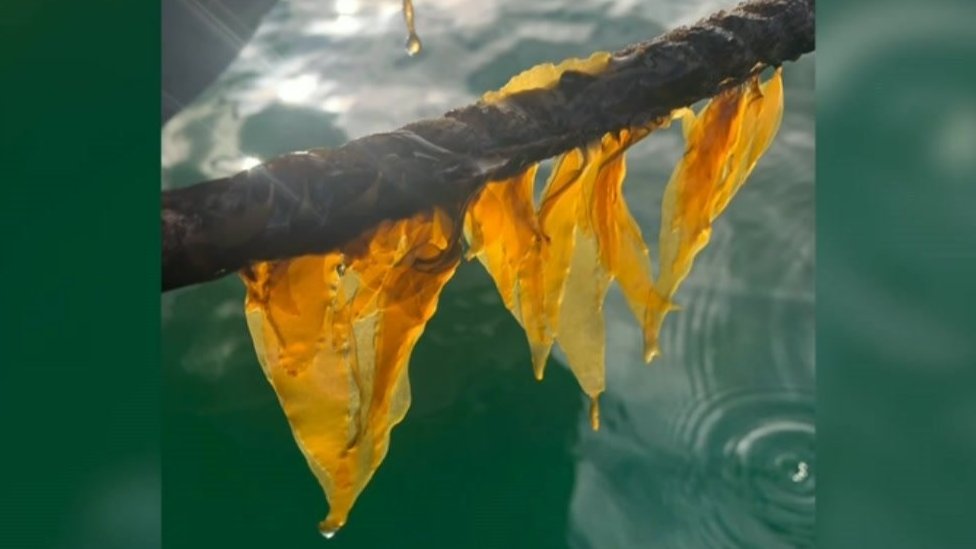 A team at the Royal Agricultural University (RAU) in Cirencester discovered whole ecosystems on the wool when left underwater.

It is hoped their discovery will provide one solution to the problem of marine plastic pollution.

The wool was left in a Scottish loch for eight months.

Experts found the seaweed had grown well and had also attracted other marine creatures such as isopods – which are crustaceans.

Kate Drury, of RAU, told BBC West: “It was like wow, you’ve actually got the seaweed but it actually creates its own ecosystem as well.”

Ms Drury, PhD student, said: “Seaweed also locks up nitrogen, so if you have really high nitrate fouled water from fertiliser and other industries, then that’s collecting that nitrogen.”

Seaweed farms can act as a vast carbon sink, and are seen as one solution to the climate crisis.

Ms Drury said: “[Wool rope] is completely biodegradable, so if it is lost and left where it shouldn’t be, it is not as aggressive in the environment as say, plastic rope.