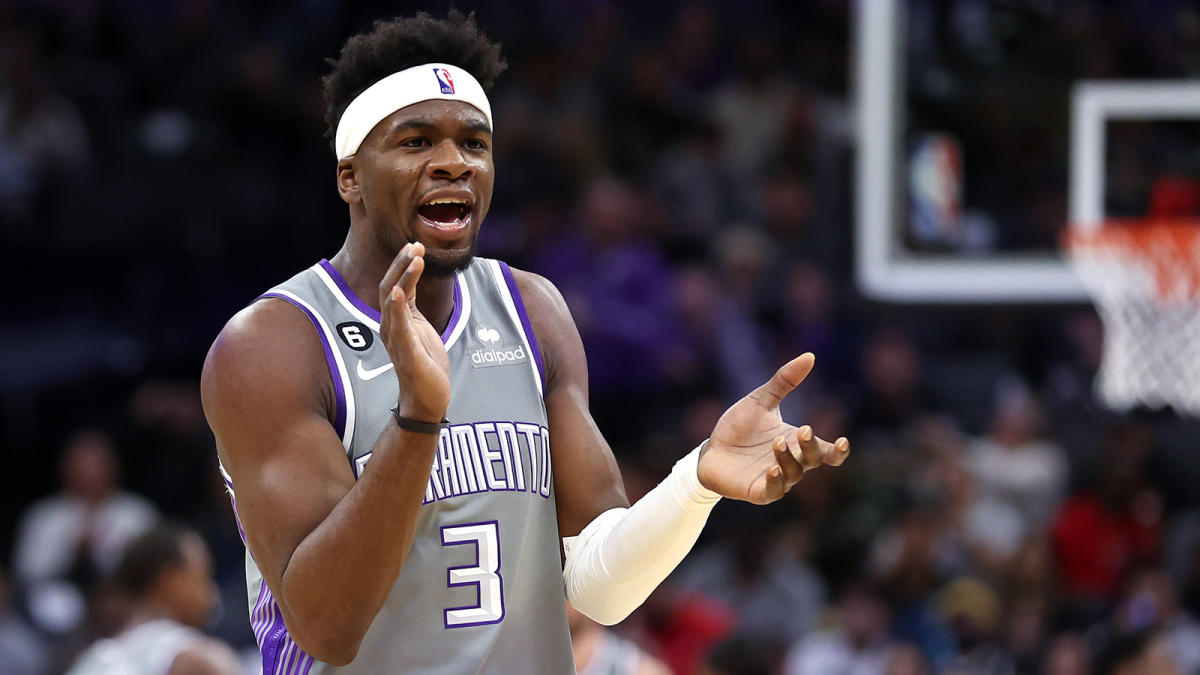 Terence Davis was on another level during the Kings’ 153-121 victory over the Brooklyn Nets on Tuesday night.

In 26 minutes off the bench, Davis went off for 31 points on 12-of-16 shooting (7-of-10 from deep) and added nine rebounds, four assists, three steals and one block.

Per Opta Stats, Davis is the first player in NBA history to notch at least 30 points, seven rebounds, seven 3-pointers, three steals on 70-percent shooting from the field in a single game.

“Terence Davis was fantastic,” Kings coach Mike Brown said after the game. “I coach all of our guys pretty hard, I feel. Terence gets it sometimes, and he gets it from me, and he’s the most responsive guy that I’ve been around because I’ll go at him and he’ll say, ‘Yes, coach. Stay on me, coach. I will get this right for you, coach.’

“Tonight, he flourished on both ends of the court. His rebounding was phenomenal.”

Davis is now the sixth Kings player in franchise history to drop at least 30 points and seven 3-pointers off the bench in a single game. He’s the only Kings reserve to add at least nine rebounds to that stat line.

After the final buzzer sounded, Davis lit the Kings victory beam in front of a rowdy crowd at Golden 1 Center. He also gave credit to his new head coach.

“I’ll tell coach, man, tough love is the best love,” Davis said. “He embraced it, too, and he lets me know how hard he’s on me. I enjoy it, man, because anytime a coach is like that, he just wants the best. He wants the best out of you, and he wants you to perform well. It’s major, for sure.”

In a way, Davis perfectly represents what Brown is building in Sacramento. When Malik Monk was struggling early in the season, Davis picked up the slack. He wasn’t bothered by recording the dreaded DNP (Did Not Play) in the Kings’ win over the Cleveland Cavaliers on Nov. 9. But when rookie Keegan Murray exited the game with back soreness in the second quarter Tuesday night, opportunity knocked.

RELATED: Why KD considers Brown, Kings to be a ‘perfect pairing’

“Our slogan is ‘all in,’ and if you’re all in, no matter if you’re playing or not, you’re going to keep yourself mentally and physically ready to step on that court, and Terence was huge for us,” Brown said. “He created separation, he kept the separation, and he just helped everybody have an easy game with his defense, with his offense, just with his presence out there, and I’m happy for him.

“Like I said, it’s a fantastic game he played on both ends.”

The Kings flexed their offensive potential Tuesday night in front of a national audience without stars De’Aaron Fox or Domantas Sabonis going off. Both finished with less than 18 points.

The starring role was reserved for Davis, who put the NBA on notice that these Kings are talented, deep and not afraid of any team who steps into Golden 1 Center this season.