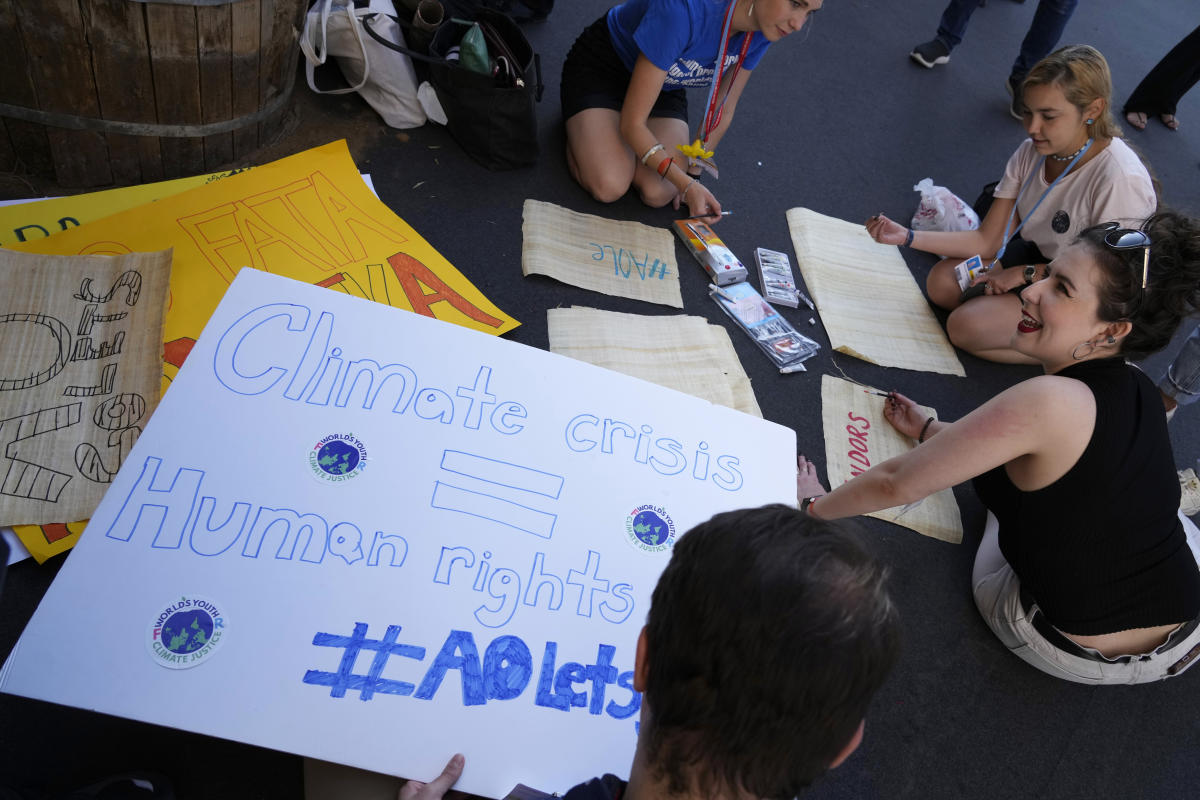 SHARM EL-SHEIKH, Egypt (AP) — A lawmaker with the German Green party has called for establishing a legal structure to force polluters to pay for the destruction caused by climate change in vulnerable nations.

Speaking at an event at the U.N. climate conference in Sharm el-Sheikh in Egypt, Michael Bloss pointed to the devastating flooding in Pakistan this summer, which put one third of the country’s population underwater and caused an estimated $40 billion in damage.

The floods “are directly caused by the climate crisis,” he said, adding that the the world’s biggest emitters “are responsible for losses and damages.”

Bloss criticized European governments for weakening efforts to establish a loss and damage fund which he said has “great support” in the European parliament.

The issue of compensation was once considered a taboo, because rich countries were concerned that they might find themselves paying vast sums. Intense pressure from developing countries forced the issue of “loss and damage” onto the formal agenda at the talks for the first time this year.