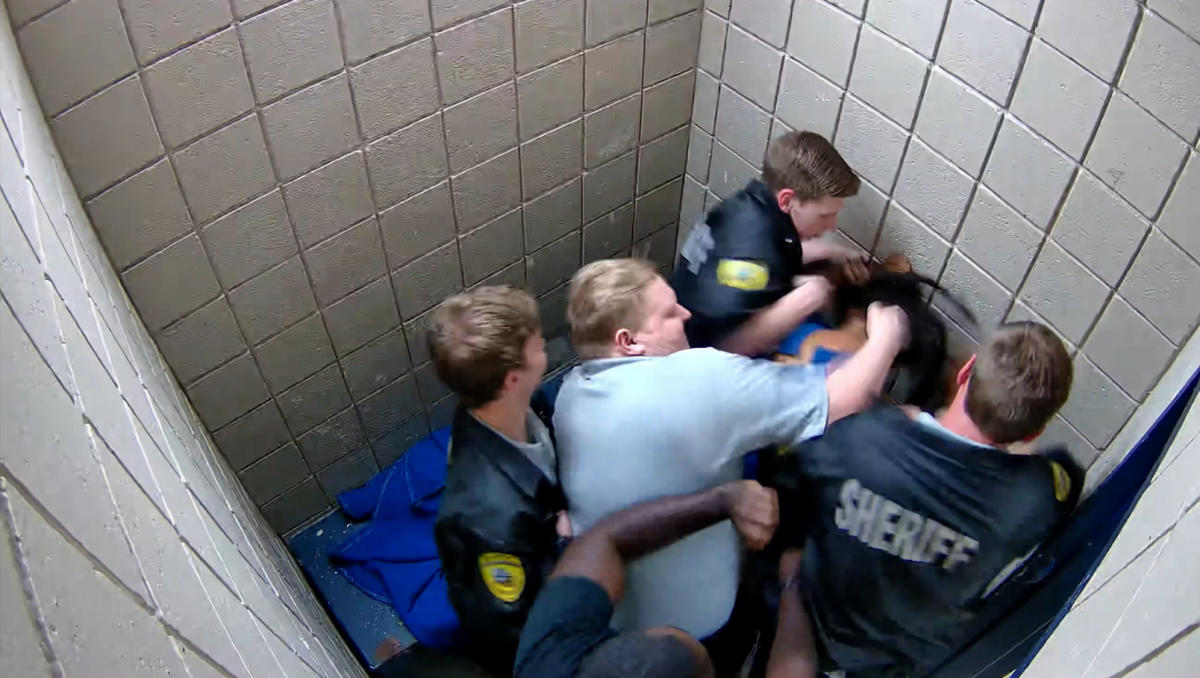 A Georgia sheriff’s office said Tuesday it is investigating after video surfaced of a Black inmate being beaten by deputies while he was in custody at a county jail.

The incident happened on Sept. 3 at the Camden County Sheriff’s Office Jail in Woodbine after Jarrett Hobbs, 41, of Greensboro, North Carolina, was arrested for speeding, driving with a suspended or revoked license, and possession of a controlled substance.

After the incident, he was charged with assault.

Civil rights attorney Harry Daniels said in a news release that his client was suffering from a “psychological episode” at the time of his arrest and had asked to be placed in protective confinement.

“But instead of protecting him, these deputies jumped him and beat and kicked him mercilessly like a gang of dangerous thugs,” he said.

Daniels said that after the beating, the deputies dragged Hobbs from his cell, threw him against a wall, and repeatedly kicked him.

“At some point in the beating, they ripped one of Hobbs’ dreadlocks out of his scalp,” the attorney said in the news release.

The sheriff’s office said it launched an internal investigation into what happened.

The incident was captured on security videos at the jail. Daniels released two edited videos on Monday, neither of which contain audio. The attorney has a third video with sound, but declined to release it.

In one clip, Hobbs is seen standing by the cell door. As he turns around and walks toward his bed, a deputy enters and appears to place his hand around Hobbs’ neck and then pushes him against a wall.

Another deputy enters and appears to repeatedly punch Hobbs in the head, the video shows. A third deputy also appears to punch Hobbs.

The second video gives a view of the hallway outside of Hobbs’ cell and shows the deputies appearing to yank him from the room and slam him against a wall. Three of the deputies continue to beat the inmate, the video shows.

Five deputies were present during the incident. Four are white and one is Black.

A sheriff’s office spokesperson said Tuesday that they have been placed on administrative leave, which is a standard procedure. The office said that during the investigation, the names of anyone involved will not be released until it is complete.

“This investigation will include all recorded video from the time the inmate entered the facility on September 3rd, 2022 until his release on September 30th, 2022. If deemed necessary an additional agency will assist with the investigation,” the office said Monday.

Exactly what happened in the moments before the video footage remains unclear. Federal court documents from October state that Hobbs was reportedly kicking his cell door and refused the deputies’ commands to stop.

The document further states that Hobbs “tensed up, pulled away, and a physical altercation … ensued” after the deputies entered the cell. It notes that Hobbs was struck in the head by a deputy but also accuses Hobbs of allegedly punching a deputy in the face while punching another in the side of the head.

One of the deputies involved had a bruised eye and a broken hand, according to the court filing, which says that the arrest violated Hobbs’ probation in North Carolina stemming from a 2014 guilty plea to a charge of conspiracy to commit bank and wire fraud.

Daniels told NBC affiliate WXIA-TV of Atlanta that his client would have been justified to fight back after he was unlawfully attacked. He said the deputy broke his hand by punching a wall as he swung at Hobbs.

He is calling on the district attorney to file charges against the deputies. The DA’s office could not immediately be reached.