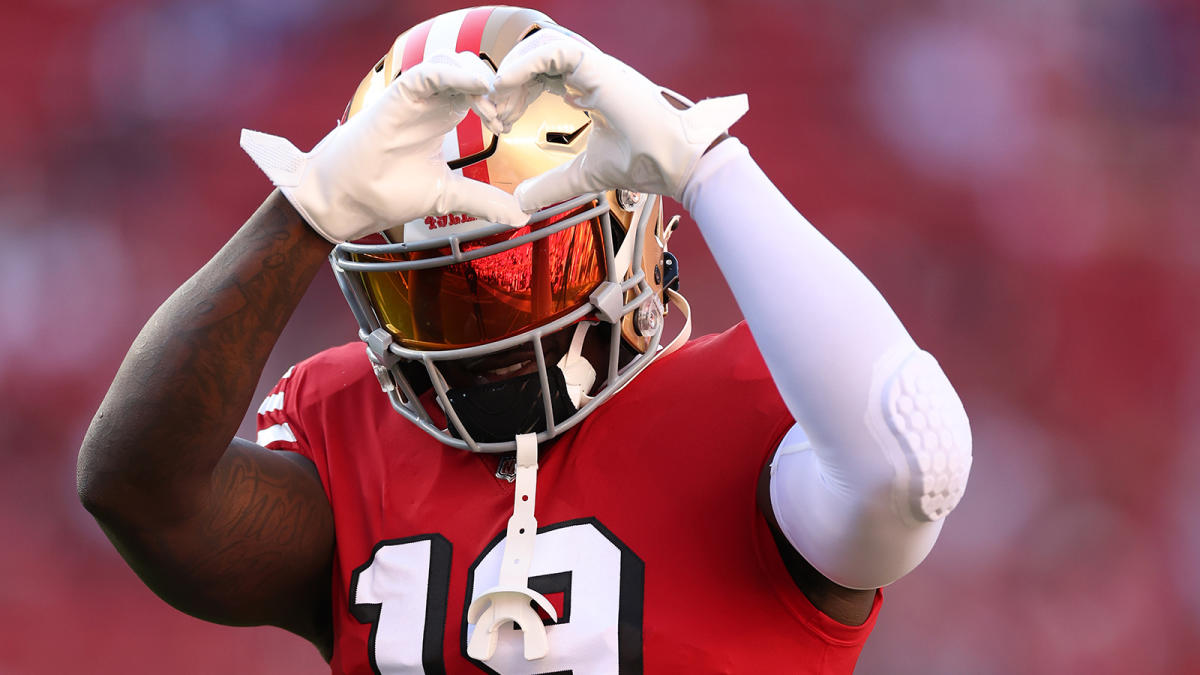 Deebo Samuel is considered one of, if not the toughest, wide receivers in the NFL.

The former All-Pro has developed a reputation as one of the best yards-after-catch players and one of the most difficult pass-catchers to bring down in open space.

Samuel joined CBS Sports’ “Maggie & Perloff” on Tuesday, where he was asked to create a list of the three toughest wide receivers in the league outside of himself. His answer is both unsurprising and surprising at the same time.

And after a long pause: “Mike Evans.”

Of course, Samuel will choose his own teammates and fellow yards-after-catch extraordinaires in Aiyuk and Jennings, but for the third name, Samuel had to think outside of the 49ers.

The six-foot-five, 231-pound Tampa Bay Buccaneers receiver has been one the league’s elite players at the position and certainly is up there on the list of the toughest wide receivers.

Now imagine an offense with Evans, Samuel, Aiyuk and Jennings. A scary thought for any opposing defense.