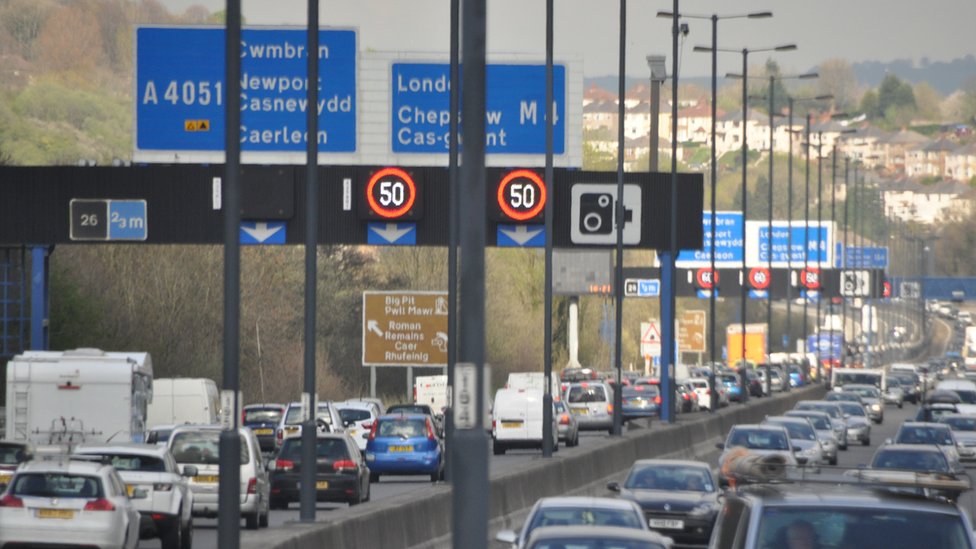 Drivers caught speeding at a congestion hotspot on the M4 could face fines from Thursday as cameras were switched on a year after being installed.

The limit between junctions 24 and 28 of the motorway around Newport was lowered to 50mph to tackle pollution.

The Welsh government said it marked the final stage of a plan to improve air quality on some of the most polluted roads across Wales.

The lower limit will also reduce congestion and improve safety, it said.

Cameras were installed at five locations in south and north-east Wales last year where speed limits had been lowered from 70mph to 50mph.

Enforcement in four of the five areas began in October last year and from Thursday also applies to the stretch of the M4, meaning drivers could face prosecution if they speed.

It follows First Minister Mark Drakeford’s decision to scrap a relief road on the Newport stretch of the M4.

The Welsh government said nitrogen dioxide (NO2) levels on the areas with new speed limits had fallen since they had been introduced.

The other roads include the M4 between junctions 41 and 42 at Port Talbot, the A494 near Ewloe in Flintshire, part of the A483 in Wrexham and the A470 between Upper Boat and Pontypridd in Rhondda Cynon Taf.

“We know that slower speed limits are not a popular choice, but we need to do things differently and be bold if we are to stand a chance of tackling climate change,” Deputy Minister for Climate Change Lee Waters said.

“It’s clear that the speed restrictions we’ve introduced on our most polluted roads are working – the results speak for themselves – but compliance with these limits is essential if we are to achieve the reductions we need to make in the shortest possible time.”