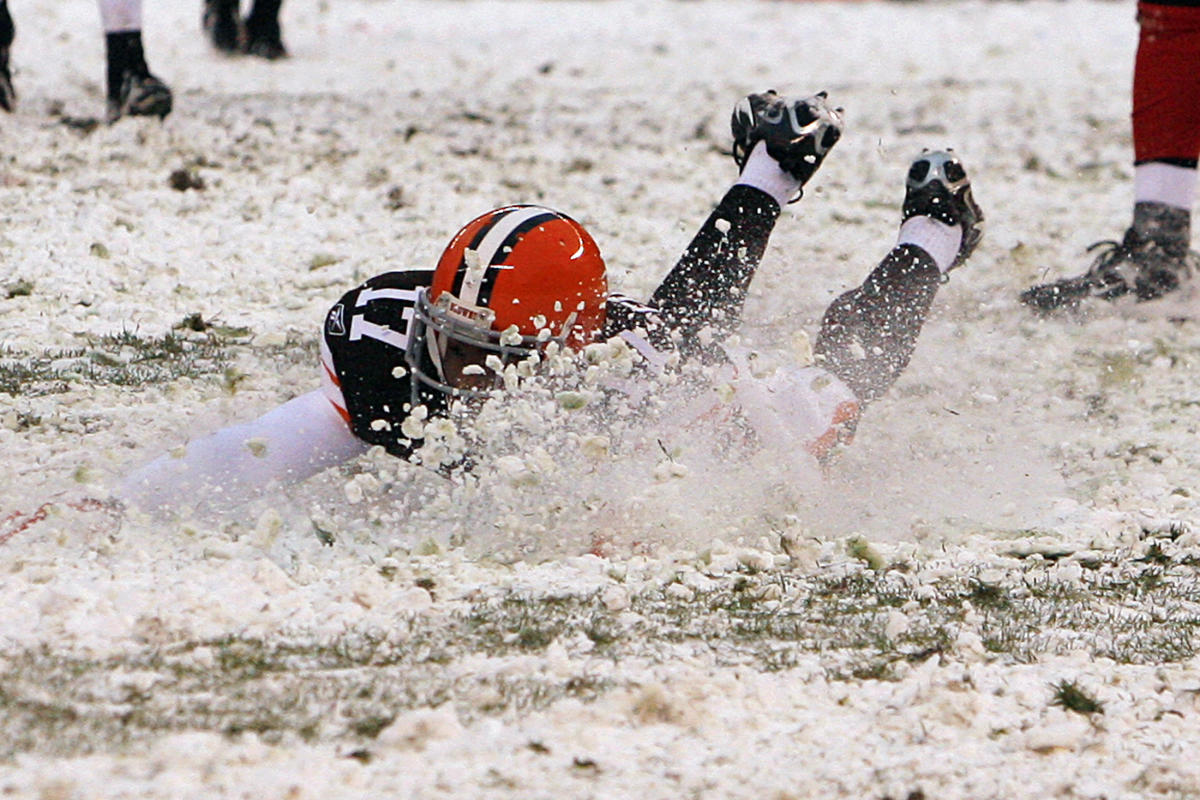 Mythmaking is a huge component of what makes sports great, but it can also lead to false misconceptions. For example, there’s a false misconception that referees are deserving of respect just because their job is hard. No, that’s wrong. But today there’s an even more sinister myth that needs to be debunked before the Bills and Browns play this weekend in a game that’s going to be affected by a gargantuan snowstorm.

Snow games stink! They’re awful! I’m loud and correct on this issue of national security. You can’t stop me! I will give people this aspect of snow games: The aesthetic is great. The usual green field is replaced by an inviting and cozy layer of white snow. Being able to see the breath of the players involved. The touchdown celebrations. It’s a fantastic vibe from afar — “afar” being a crucial component in the evaluation.

Everything outside of the aesthetic of snow games objectively makes football worse. The game itself is worse. It’s more difficult to throw the ball or even hold onto the ball during runs and receptions. World-class athletes suddenly become as uncoordinated as your average flag football player that swears he would have gone Division 1 if he just didn’t tear up his knee. The reason why the NFL and all professional sports are great are because we get to see the greatest athletes in the world play against each other. Snow puts a physical damper on their abilities to be great. We’re being robbed and applauding the storm holding us at gunpoint.

People complain when a product they ordered comes in less than what they were expecting, but when it comes to snow games fans are suddenly fine with one of their precious 18 Sundays of professional football turning into a slopfest. I won’t stand for it!

Then there’s the actual experience of playing in snow games, which is bad. There are definitely the sickos out there who like slipping and sliding in the snow, but us rational folk know how bad it is. Especially if you’re one of the millions of American football players, like me, who never got to play in the NFL and the technologies afforded to them to make snow games more tolerable. Let me pose this question to you: Is there ever a scenario where you would enjoy being soaking wet in freezing temperatures for three hours? No! Playing in snow games is a miserable experience.