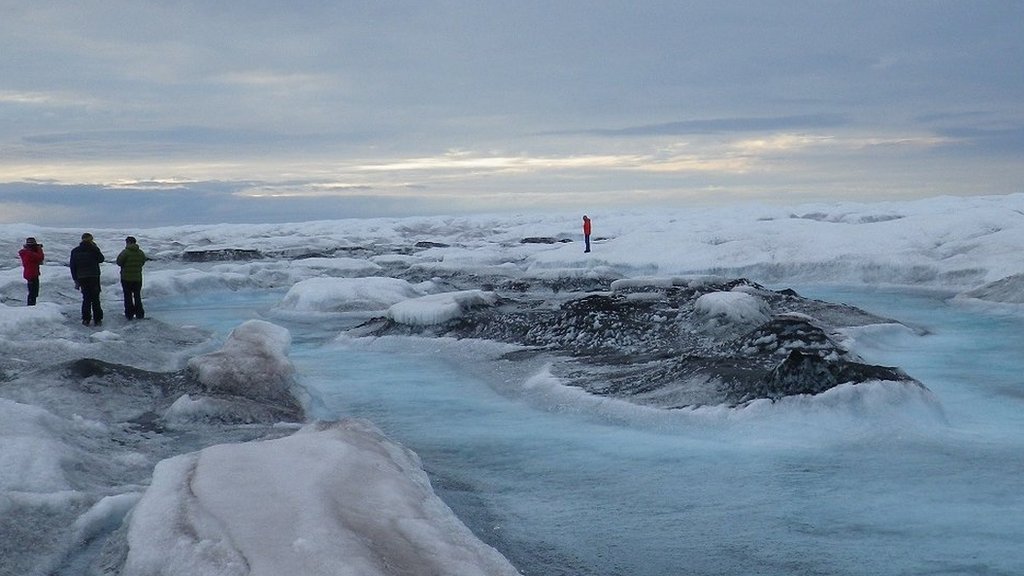 Vast amounts of bacteria could be released as the world’s glaciers melt due to climate change, scientists have warned.

Potentially harmful pathogens are among the thousands of microbes that could leak into rivers and lakes.

They studied meltwater from eight glaciers across Europe and North America and two sites in Greenland.

Glaciers are huge bodies of slowly moving ice that have formed over hundreds or thousands of years. As the planet heats up, they are melting at a worrying rate – causing sea levels to rise.

The team at Aberystwyth University estimated the situation could result in more than a 100,000 tonnes of microbes, such as bacteria, being released into the environment over the next 80 years – a number comparable to all the cells in every human body on earth.

Microbiologist Dr Arwyn Edwards said the study showed clearly for the first time the “vast scale” of micro-organisms living on the surface or locked inside Earth’s glaciers.

“The number of microbes released depends closely on how quickly the glaciers melt, and therefore how much we continue to warm the planet,” he said.

The team’s calculations are based on a “moderate” warming scenario, as developed by the IPCC, an international panel of climate experts.

This would see global temperatures rise by between 2C and 3C on average by 2100.

As the flow of microbes into rivers, lakes, fjords and seas increases, there could be “significant” impacts for water quality, Dr Edwards explained.

But this would be followed within decades by the microbe tap being turned off, as the glaciers disappear completely.

He said: “Globally there are 200,000 catchments of note that are fed by glacial meltwater and some of these are very sensitive environments that are poorly developed in terms of organic carbon and nutrients.

“In others there’s a lot of economic activity and billions of human beings whose livelihoods depend on water that ultimately comes from those glaciers.

“We think of glaciers as a huge store of frozen water but the key lesson from this research is that they are also ecosystems in their own right.”

Thousands of different micro-organisms are found growing on glaciers, or stored inside, he said, with some that may be harmful to humans.

“The risk is probably very small, but it requires careful assessment.”

Glaciologist Dr Tristram Irvine-Fynn said more research was needed: “Over the coming decades, the forecast ‘peak water’ from Earth’s mountain glaciers means we need to improve our understanding of the state and fate of (these) ecosystems.

“With a better grasp of that picture, we could better predict the effects of climate change on glacial surfaces and catchment biogeochemistry.”

The Aberystwyth academics’ findings are published in the journal Nature Communications Earth & Environment this month.