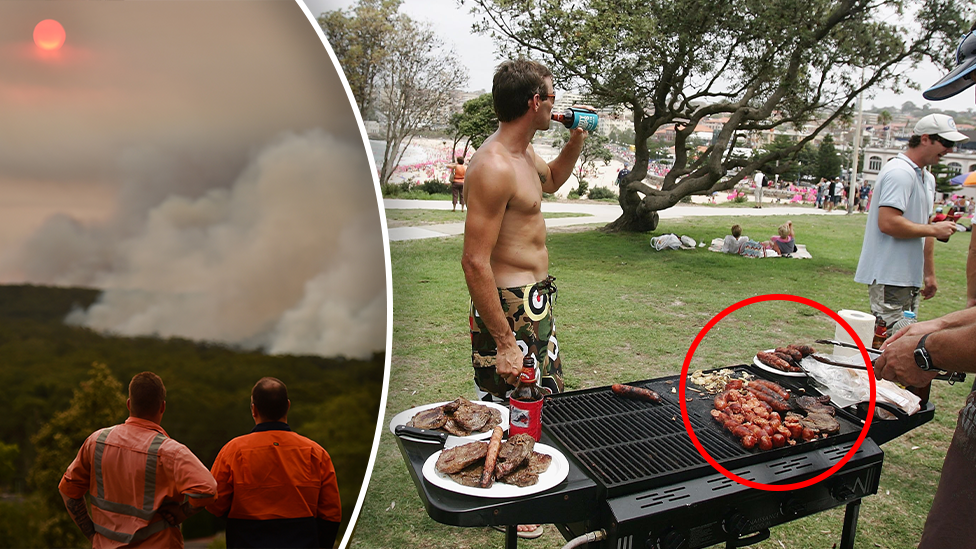 Would you agree to moderately change your diet to save the planet?

That’s the question a UK-based environment group posed, following a presentation at COP27 in Egypt this week. RePlanet has calculated all of the world’s protein could be produced in an area the size of London, but that would mean switching to precision fermented food.

The group, which has just expanded into Australia, says this won’t mean ditching barbecues or even burgers, but modifying them to significantly reduce our carbon footprint.

The plan involves switching to brewed rather than farmed protein. But to make this an affordable option for everyone, the government will need to help fund the transition.

Estimates suggest animal agriculture is responsible for around a third of manmade greenhouse gases heating the planet. RePlanet argues emissions can be significantly reduced if we switch to mince, milk and cheese created by microorganisms.

The process is essentially an advanced form of brewing beer. It involves growing cultures like yeast and bacteria and enriching them with DNA that is identical to existing animal proteins like casein and whey. Widely adopted examples of precision fermentation include synthesising products like medical-grade insulin as fell as rennet which is used to coagulate cheese.

Precision fermentation is currently being scaled up by Australian start-up Eden Brew, which is set to sell commercially brewed dairy by summer 2023. Other than being lactose-free it says the new products are identical to traditional milk.

Animal agriculture currently covers close to half the world’s habitable land. RePlanet argues in its new campaign, Reboot Food, a switch away from farmed proteins could result in three-quarters of agricultural land being transformed into a natural state again. Fermented products would also use 91 per cent fewer greenhouse gases per calorie.

Food revamp compared to 10-year race to the Moon

Campaign author Joel Scott-Hawkes told an audience at COP27 nature restoration of farmland is required to draw down carbon already in the atmosphere. Otherwise, he predicts the world will not meet its target of limiting global warming below 1.5 degrees above preindustrial levels to limit catastrophic changes in weather patterns.

“The first point is that everyone would have to moderately change their diets,” Mr Scott-Hawkes told Yahoo News Australia. “But the big thing with precision fermentation is that it doesn’t require major new cuisines. Precision fermentation means that we can produce the vast majority of animal proteins today in a biologically identical way, so people could eat the same thing.”

While the private sector has proven the technology can work, and it’s already being used to manufacture commercial quantities of protein in the US and Singapore. Mr Scott-Hawkes argues governments “must step up” to scale up the technology globally.

“What we’re calling for is a Moonshot for the food system,” he said. “Back in the 60s, Kennedy said we’re gonna go to the Moon in 10 years, and they did it. We think it’s a very similar technological scale of challenge.”

World fermentation could be powered by nuclear energy

Tyrone D’Lisle is responsible for expanding RePlanet into Australia this year. He explains his decision to join the group as stemming from his disillusionment with the “traditional environmental movement”.

He alleges many have “anti-science” positions on genetically modified crops and nuclear energy. “This stood in stark contrast to their demands for the people to listen to the science on climate change,” he said.

RePlanet would like to see the world’s fermentation systems powered by nuclear energy, arguing it is the “least resource-intensive” option.

“It requires the least mining in the simplest terms, and also its the most land efficient compared to wind and solar,” Mr Scott-Hawkes said.