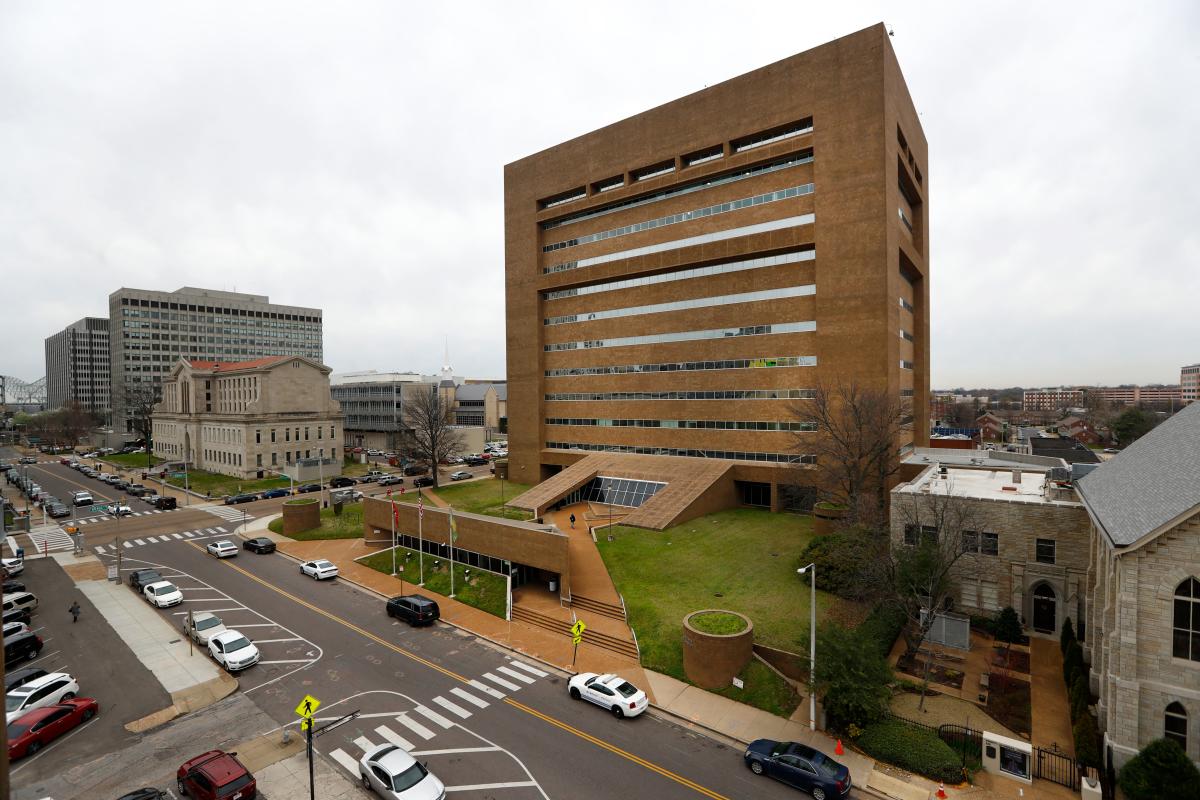 Four Shelby County judges observed in a local criminal justice reform group’s court watching program were consistently graded low for how much dignity they treat defendants with in their courtrooms, a new report says.

Just City, an organization focused on reforming the criminal justice system, has run the program active for years, but the latest report uses a rubric to grade judges in multiple categories — timeliness, neutrality, how often a public defender was appointed, dignity, sensitivity, the ability to hear a judge, and access to the courtroom.

Although the program has produced reports in the past, Yonée Gibson, the coordinator for the court watch program, wanted a more comprehensive report. This year is the first time Just City is naming judges in this way.

“My hope is that judges will go, ‘Oh, wow, people are paying attention to what I’m saying.’ That’s the accountability part of [the report],” Gibson said. “I want [judges] to feel checked, but not shamed or feel that they need to watch their mouth when court watchers are in.”

The court watch program includes people from all walks of life, a range of ages, and includes those with and without a legal background. Some are also court watchers who appeared before the judges for a case of their own.

There will be three more reports published, but Gibson wanted to focus the reports on incumbent judges and allow new ones to get comfortable with the new job before grading them.

Court watchers score each judge between one and four for each category, and then those results are averaged between each court watcher’s data. Some of the judges’ reports also list a quote from the respective judge that Gibson said adds context to the scores they received.

“Sometimes you can’t determine what a court watcher considers dignity,” Gibson said. “But when you see exactly what a judge said, they understand what they meant better. It’s easy for judges to have the bystander effect of, ‘Who would say that?’ Now they realize they said it.”

How did Judges Coffee, Craft, Massey and Lucchesi score?

All judges received a perfect score of four in terms of access, meaning that they were let into the courtroom without any resistance and they were given a place to sit.

Of the four judges scored in the first “batch,” as Gibson put it, Coffee was the only one to not have a single category average below a three. For Coffee, his worst category was the ability to hear him in the courtroom. Coffee was also the only judge of the four to not to have a quote cited in the report.

Coffee averaged a better score across the categories than any of the other four judges. An unnamed court watcher said in the report: “I’m hoping this wasn’t just a great day, and that Judge Coffee operates his courtroom this way every day. He spoke to everyone the exact same way, like human beings.”

Lucchesi received the next highest average score among the judges for all of his categories, but was the worst when it came to assigning a public defender. He is quoted in the report as saying: “If you want a public defender, I can throw you in jail for a few days so you can qualify in this court.”

Another unnamed court watcher is quoted in the report saying Lucchesi is “either really kind, or really harsh.”

Massey’s average was only slightly lower than Lucchesi’s, and she was graded the worst for timeliness. According to the rubric for court watchers, the average time for court to begin in her courtroom was between 9:41 a.m. and 9:59 a.m. — those who have a case have to be in court at 9 a.m., when cases are scheduled to begin.

A court watcher said Massey can be “inconsistent in the way that she deals and judges individuals.”

Craft received the worst average score of the judges in the report. He was rated the lowest in neutrality, treating victims and defendants with dignity, and the sensitivity with which he handled cases among the four. A court watcher said he “uses racially charged language,” and another said “he was blatantly disrespectful and belittled defendants.”

What to make of the report

Gibson said she hopes the report will lead to change at 201 Poplar, where the judges hear cases, in the way people are treated and that this report — and future ones — will hold judges accountable.

“They have people’s lives in their hands,” she said. “When people are reading this, I want them to be able to see which judges are treating people with dignity and which are not.”

Laramie Wheeler is one of the court watchers who worked on the project. She is a musician and a photographer who did not have much of a legal background until she began to court watch for Just City. When she began court watching, some of the comments made in court seemed disrespectful and dehumanizing to her.

“I think it’s important for judges to realize that the power they have is so great,” Wheeler said. “Your emotions and your thoughts can and should be kept to yourself and I think when that starts coming out on people who are literally waiting for you to determine their future, it’s unprofessional. That’s not justice.”

Lucas Finton is a news reporter for The Commercial Appeal. He can be reached by email at Lucas.Finton@CommercialAppeal.com and followed on Twitter @LucasFinton.