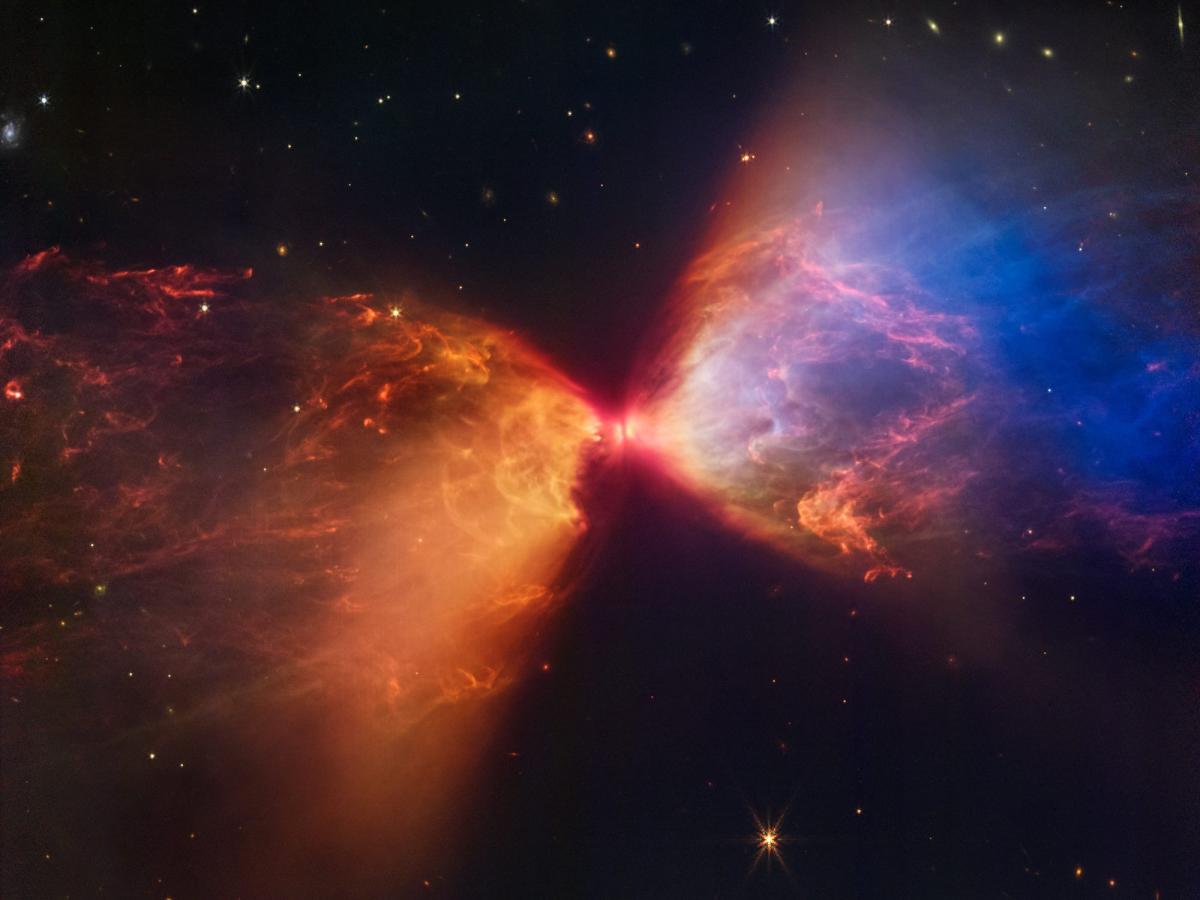 A new image snapped by the James Webb Space Telescope captured the birth of a star.

The dramatic hourglass shape was created by a protostar called L1527, a young celestial body, which in the picture above is shielded from view behind the dark band at the center of the hourglass.

The picture was released on Wednesday.

As it gathers materials to grow bigger and bigger, the protostar is shooting material outwards, which lights up the cosmic dust and gas around it in infrared light, here artificially colored in orange and blue, NASA said in a press release.

That makes it a perfect target for the James Webb Space Telescope’s (JWST) sophisticated infrared camera (NIRcam), which was able to peer for the first time through the dense dust and gas clouds in the area.

Clouds like these, also called nebulas, are the perfect breeding ground for stars to be born.

L1527 doesn’t yet qualify as a full-fledged star just yet. That’s because it’s not yet able to make its own energy through nuclear fusion of hydrogen.

For now, it is gathering more and more of the dust and gas from the clouds around it, which spiral around as they fall into the dense core, creating what is called an accretion disk that feeds material to the protostar, per NASA.

Little by little, L1527’s temperature will rise, finally reaching temperatures that can begin a fusion reaction. But that won’t be for a long time.

This is the latest in a series of stunning space images released by JWST since it has come into operation earlier this year.

With its massive golden reflective mirrors, JWST has provided unprecedented insights into space, from its stationary orbit, about a million miles away from earth.