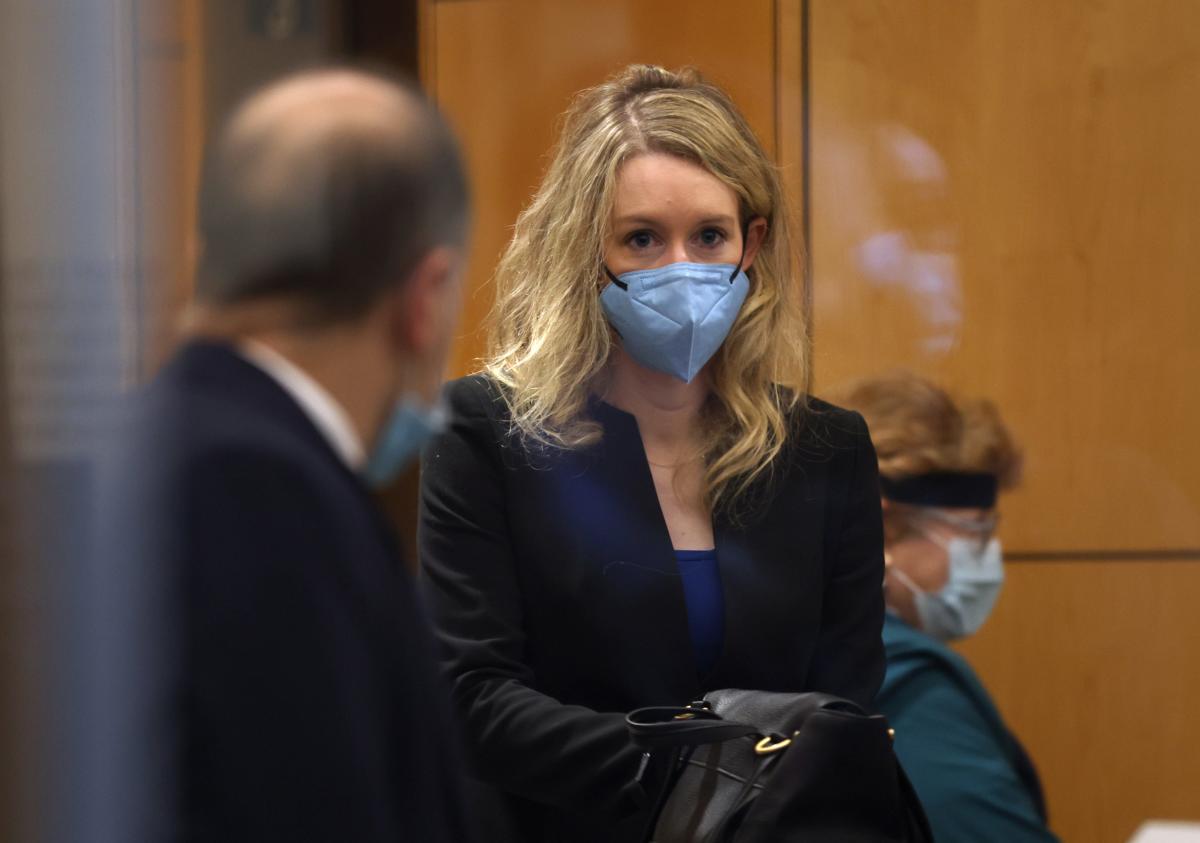 A federal judge on Friday will decide whether disgraced Theranos CEO Elizabeth Holmes should serve a lengthy prison sentence for duping investors and endangering patients while peddling a bogus blood-testing technology.

Holmes’ sentencing in the same San Jose, California, courtroom where she was convicted on four counts of investor fraud and conspiracy in January marks a climactic moment in a saga that has been dissected in an HBO documentary and an award-winning Hulu TV series about her meteoric rise and mortifying downfall.

U.S. District Judge Edward Davila will take center stage as he weighs the federal government’s recommendation to send Holmes, 38, to federal prison for 15 years. That’s slightly less than the maximum sentence of 20 years she could face, but far longer than her legal team’s attempt to limit her incarceration to no more than 18 months, preferably served in home confinement. Her lawyers have argued that Holmes deserves more lenient treatment as a well-meaning entrepreneur who is now a devoted mother with another child on the way.

Prosecutors also want Holmes to pay $804 million in restitution. The amount covers most of the nearly $1 billion that Holmes raised from a list of sophisticated investors that included software magnate Larry Ellison, media mogul Rupert Murdoch, and the Walton family behind Walmart.

While wooing investors, Holmes leveraged a high-powered Theranos board that included former U.S. Defense Secretary James Mattis, who testified against her during her trial, and two former U.S. Secretaries of State, Henry Kissinger and the late George Shultz, whose son submitted a statement blasting Holmes for concocting a scheme that played Shultz “for the fool.”

What must tech do now?The tech bubble has burst, experts say, but you might be able to pick up some discounts

Davila’s judgment – and Holmes’ reporting date for a potential stint in prison — could be affected by the former entrepreneur’s second pregnancy in two years. After giving birth to a son shortly before her trial started last year, Holmes became pregnant at some point while free on bail this year.

Although her lawyers didn’t mention the pregnancy in a 82-page memo submitted to Davila last week, the pregnancy was confirmed in a letter from her current partner, William “Billy” Evans, that urged the judge to be merciful.

In that 12-page letter, which included pictures of Holmes doting on their 1-year-old son, Evans mentioned that Holmes participated in a Golden Gate Bridge swimming event earlier this year while pregnant. He also noted Holmes suffered through a case of COVID in August while pregnant. Evans didn’t disclose Holmes’ due date in his letter.

Duncan Levin, a former federal prosecutor who is now a defense attorney, predicted that Davila’s sentencing decision won’t be swayed by the pregnancy, but expects the judge to allow her to remain free until after the baby is born.

“She will be no more of a flight risk after she is sentenced that she was while awaiting sentencing,” Levin said. “We have to temper our sentences with some measure of humanity.”

The pregnancy makes it more likely Davila will be criticized no matter what sentence he imposes, predicted Amanda Kramer, another former federal prosecutor.

Stay safe: Remove these 5 dangerous tech gadgets from your home

“There is a pretty healthy debate about what kind of sentence is needed to effect general deterrence to send a message to others who are thinking of crossing that line from sharp salesmanship into material misrepresentation,” Kramer said.

Federal prosecutor Robert Leach emphatically declared Holmes deserves a severe punishment for engineering a scam that he described as one of the most egregious white-collar crimes ever committed in Silicon Valley. In a scathing 46-page memo, Leach told the judge he has an opportunity to send a message that curbs the hubris and hyperbole unleashed by the tech boom of the past decade.

Holmes “preyed on hopes of her investors that a young, dynamic entrepreneur had changed healthcare,” Leach wrote. “And through her deceit, she attained spectacular fame, adoration, and billions of dollars of wealth.”

Even though Holmes was acquitted by a jury on four counts of fraud and conspiracy tied to patients who took Theranos blood tests, Leach also asked Davila to factor in the health threats posed by Holmes’ conduct.

Holmes’ lawyer Kevin Downey painted her as a selfless visionary who spent 14 years of her life trying to revolutionize health care with a technology that was supposed to be able to scan for hundreds of diseases and other aliments with just a few drops of blood.

Although evidence submitted during her trial showed the tests produced wildly unreliable results that could have steered patients in the wrong direction, her lawyers asserted Holmes never stopped trying to perfect the technology until Theranos collapsed in 2018.

They also pointed out that Holmes never sold any of her Theranos shares — a stake valued at $4.5 billion in 2014 when Holmes was being hailed as the next Steve Jobs on the covers of business magazines.

Defending herself against criminal charges has left Holmes with “substantial debt from which she is unlikely to recover,” Downey wrote, suggesting that she is unlikely ever to pay any restitution that Davila might order as part of her sentence.

“Holmes is not a danger to society,” Downey wrote.

Downey also asked Davila to consider the alleged sexual and emotional abuse Holmes suffered while she was romantically with Ramesh “Sunny” Balwani, who became a Theranos investor, top executive and eventually an accomplice in her crimes. Balwani, 57, is scheduled to be sentenced Dec. 7 after being convicted in a July trial on 12 counts of fraud and conspiracy.