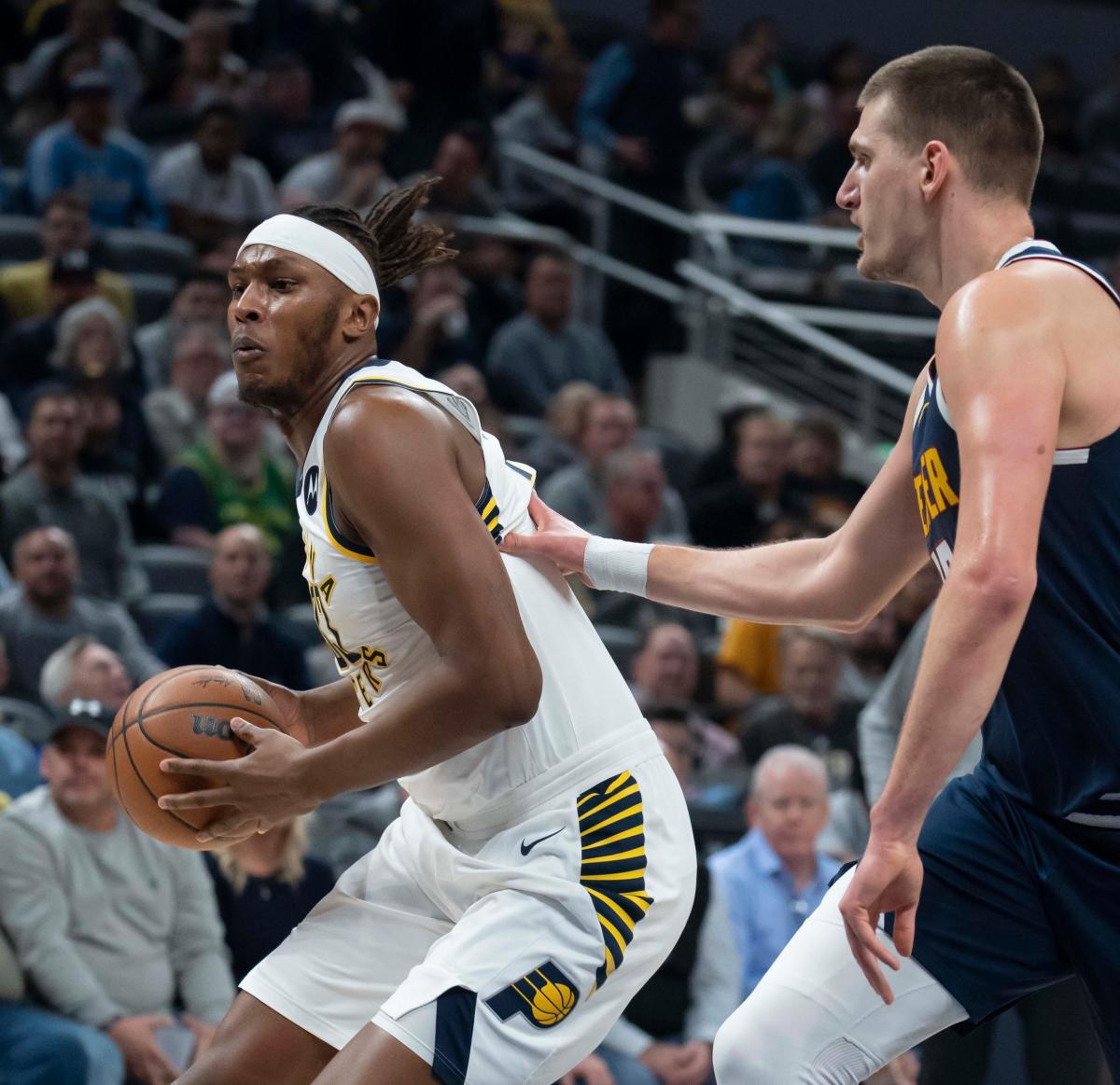 Because Carlisle knows that questions about Myles Turner aren’t really just about Myles Turner either. They are ultimately about what the Pacers can and should do with Myles Turner and how that will affect this team and the future of the franchise. Is the 26-year-old center’s newfound consistency sustainable or is it bound to dissipate? If it is sustainable, does that mean the Pacers should hold on to him, see if he can help carry this surprising squad beyond its presumed station as a lottery team and pay up for a new contract when his runs out at the end of this season? Or does it simply mean the Pacers have an even more valuable trade chip on their hands than they realized, one they should use to extract a maximum ransom from a title contender that needs a big man sometime between now and February?

Carlisle knows it’s best to say nothing that would show the Pacers’ cards, and that it’s also best not to say anything that would disturb one of the most impressively consistent stretches of play in Turner’s NBA career, now in its eighth season. So when asked about Turner’s 20-point, 10-rebound performance Wednesday night in the Pacers 125-113 comeback over the Charlotte Hornets — Turner’s fourth-straight double-double — Carlisle zoomed out with his answer instead of in.

Four observations: Pacers rally from another deficit for road win

“The message to our whole team is ‘dominate the simple,'” Carlisle said, before turning the discussion to the defense, rebounding and timely shooting of reserve forward Oshae Brissett. “… We’ve got some younger guys that are learning what this is all about. We’re such a culture that’s so focused on stats and highlights and points that developing a culture with a young team of doing the right things can be challenging. But we have guys that are willing to listen and they adjust.”

Carlisle didn’t so much as use Turner’s name in a question that was explicitly about Turner, but contained within his answer is a full explanation of why the center has been so effective and why his value to both the Pacers and any team that might be interested in prying him away is increasing by the game. He is dominating the simple, he is listening, and he is adjusting. Instead of disappearing as he’s at times been known to do after a few good games in a row, he’s excelling without having to do anything beyond the basic.

Turner scored 20 points on Wednesday night on just 10 field goal attempts. He attempted just two 3-pointers, making one. The 6-11, 250-pounder was so effective because he was conscientious about doing one of the most basic parts of his job, diving to the basket on a screen and roll.

The Pacers found early in the first half that the Hornets were playing drop coverage on the pick-and-roll, and Turner and point guard Tyrese Haliburton decided they could and should exploit that. They turned those plays into dunks and floaters for Turner and mid-range buckets and layups for Haliburton, who finished with 22 points and 11 rebounds.

“It was Myles rolling,” Haliburton said. “Myles rolling and just being big. We hadn’t seen drop coverage in a little while. … We haven’t seen it a ton this year. We feel like it’s a coverage that’s good for us, that we feel very comfortable with. With four shooters out there and Myles, that gives him more freedom to roll. I think he’s a little undersold on how good of a roller he is.”

Turner did everything a roll man is supposed to do. He commanded attention that prevented Haliburton from seeing double teams. He was able to beat his man to the rim if he strayed too far and he made hooks and short jumpers over him when he dropped low.

“What makes him so good is his tough and his feel,” Haliburton said. “Understanding and timing and different things like that. He’s got a high IQ.”

Playing with Haliburton has given Turner the sense that high IQ and hustle will be rewarded. He earned a layup on Wednesday by grabbing a defensive rebound, dumping the ball off to Haliburton and sprinting down the floor, then getting the ball back near the rim.

“I’m just playing my game, playing within the flow of the offense,” Turner said. “My teammates are setting me up. I’m just being aggressive, man, I think my teammates have a lot of trust in me to make the right play and they’re putting me in position to do so. … Tyrese is going to set me up. I know that. I know if I get to the right spots, he’s going to deliver it.”

In his past four games, Turner is averaging 22.5 points per game and he hasn’t taken more than 18 field goals in any one of those games. He’s 28 of 47 from the field in that stretch (59.6%) and he actually has 29 points on just 18 field goal attempts in his last two games. He’s not forcing 3-pointers, making seven of 16 attempts in the last four games, but he’s drawn fouls and made free throws. He’s 27 of 30 at the line in the past four games and has hit 84.8% of his free throws this season.

And on the other end, he’s blocking shots like usual and rebounding more consistently than usual. For as much size and length as he has, he’s never averaged more than 7.3 rebounds in a season. He’s averaging 8.7 this season and 10.8 in his last four games and he has 14 blocked shots in five games in the month of November.

“He’s doing the little things, just keeps being who he is,” Haliburton said. “Obviously he’s a great center, a great basketball player.”

Of course noting all that he’s great at still doesn’t answer all of the overhanging questions. How much is Turner’s level of great worth to the Pacers? How much does he think it should be worth to them and what would he be willing to sign for if they wanted him back? And on the flipside, what would another team have to offer the Pacers for a trade to be their obvious move? Trade speculation has surrounded Turner for years, and a new rumor of the Los Angeles Clippers being involved just hit the internet this week.

Those questions are still impossible to answer despite how long they’ve been asked. What’s clear is that when Turner is dominating the simple, he makes these Pacers much better. They are 7-6, better than .500 for the first time since February of 2021. In back-to-back games, they have won games by double-digits after trailing them by double digits. As Carlisle mentioned, they all seem to be listening, adjusting and doing small things right, but Turner’s body type and skill set allows him to dominate the simple in ways that others on the roster can’t.

“We’re making some progress,” Carlisle said, zooming out again. “It’s not going to happen overnight, but we’re seeing some good things. …We’re not throwing any parties. We’re above .500 for the first time in a long time, which is great. But this is work. If we want to keep winning, we’re going to have to keep an edge. We’re going to have to keep giving each other energy and keep doing the simple things well.”

This article originally appeared on Indianapolis Star: Pacers: What does Myles Turner’s improved play mean about his future?