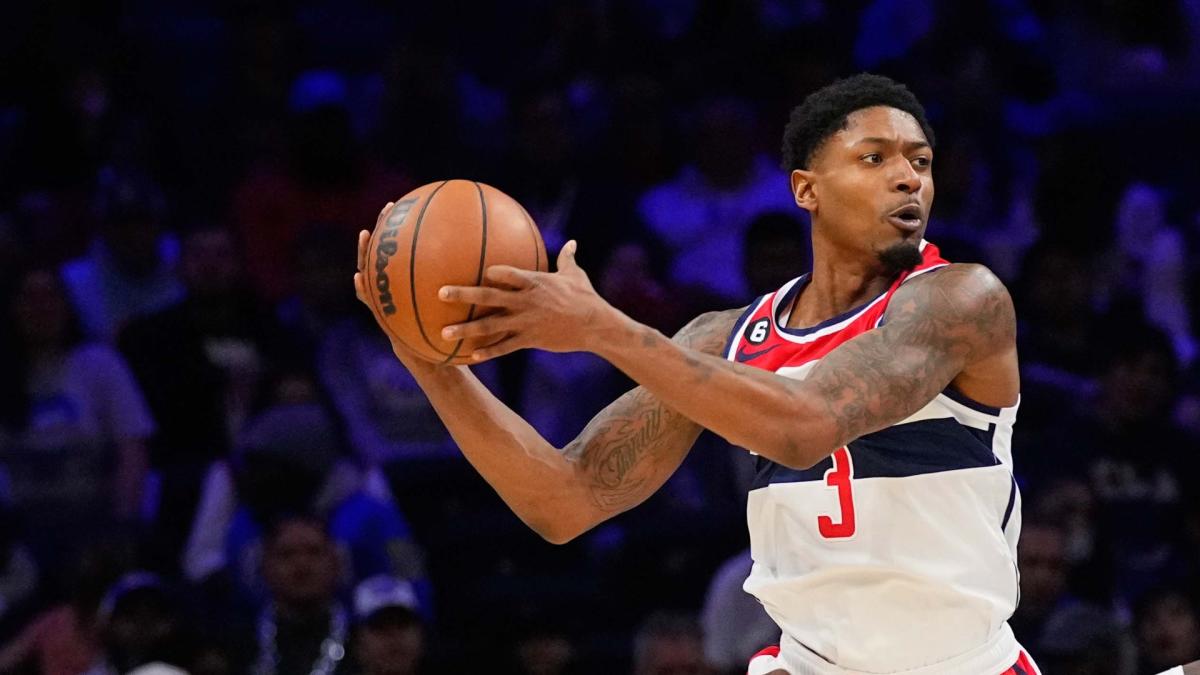 WASHINGTON — The Washington Wizards lost to the Oklahoma City Thunder 121-120 on Wednesday night at Capital One Arena. Here are five takeaways from what went down…

The next time the Wizards see the Thunder, in January, they may be firmly in the Victor Wembanyama sweepstakes, but for now, they are one of the league’s somewhat surprising teams, pulling out wins behind Shai Gilgeous-Alexander and a burgeoning group of recent draft picks. In that sense, the Wizards may have caught the Thunder at the wrong time, as they lost a tough one thanks to Gilgeous-Alexander sinking a stepback three with 1.1 seconds to go. That one-upped a go-ahead two by Bradley Beal with six seconds left on the clock.

The loss snapped a four-game winning streak for the Wizards. They now sit 8-7 on the year through 15 games. Gilgeous-Alexander can be thanked for that, as he scored 42 points to lead all scorers.

Any concerns about how it would go reincorporating Beal into the Wizards’ smooth-running offense were quelled early, as he came out of the gate hot with 10 points in the 1st quarter, shooting 4-of-6 from the field and making his first two threes. The Wizards built a 17-point lead along the way. While that lead evaporated and then reappeared, the Wizards’ offense set an early tone that carried through the rest of the game. That tone was defined by sharing the ball, as they had 32 assists on 44 made shots.

Beal would slow down a bit after that, which may have been to be expected given he just came back from a layoff and a COVID bout. But he found a second wind in the fourth quarter and ended up with 25 points, six assists and six rebounds, shooting 9-for-19 from the field and 2-for-4 from three. The Wizards tried to get Beal another chance on their final possession, but Deni Avdija‘s crosscourt pass resulted in a turnover.

Kristaps Porzingis is on quite the heater right now. He found his groove in the second quarter and reached halftime with 20 points. That was halfway to his career high of 40, though he cooled off in the second half to arrive at 27 points for the game. Porzingis has scored 25 or more in three straight games, his longest such streak in two years and one short of his career-best.

That’s yet another indication the Wizards are seeing some of the best production from Porzingis’ career. He continues to impact the game in a variety of ways and create a lot of highlights in the process. In this game, he had a nasty block of Gilgeous-Alexander, plus an and-1 poster dunk on Mike Muscala. Porzingis is putting on a show every other night at Capital One Arena right now.

With Beal back, it was obvious very early in this game that Kyle Kuzma‘s approach was to be a facilitator first and look for his own shot second. He didn’t attempt a field goal in his first five minutes on the floor, instead playing the role of point forward and racking up a whole lot of assists along the way. Kuzma had nine assists for the game, all of them in the first half.

Kuzma made a lot of gambles in this game and many of them worked out, like in the 1st half when he weaved through two defenders 1st with a behind-the-back dribble, then a spin move which he followed immediately with a bullet of pass to Rui Hachimura in the corner. Kuzma, though, also had seven turnovers, so some of his gambles did not work out. He had 18 points and 10 rebounds.

It is now four straight games the Wizards have shot really well from 3-point range. They knocked down 17 of them against the Thunder, including 14 in the first half. Washington shot 50% from long range for the night, the only problem was that Oklahoma City went 16-for-31, good for 51.6%. What should have been a major advantage was offset on the other end.

The 14 first-half threes for the Wizards, though, were a franchise record. They only made three threes in the second half, as the Thunder made some adjustments to shore up the perimeter. Still, 17 threes for the game is a ton. They tied a franchise record with their third straight game of 15-plus threes. Reminder that just a few days ago they were last in the NBA in threes.