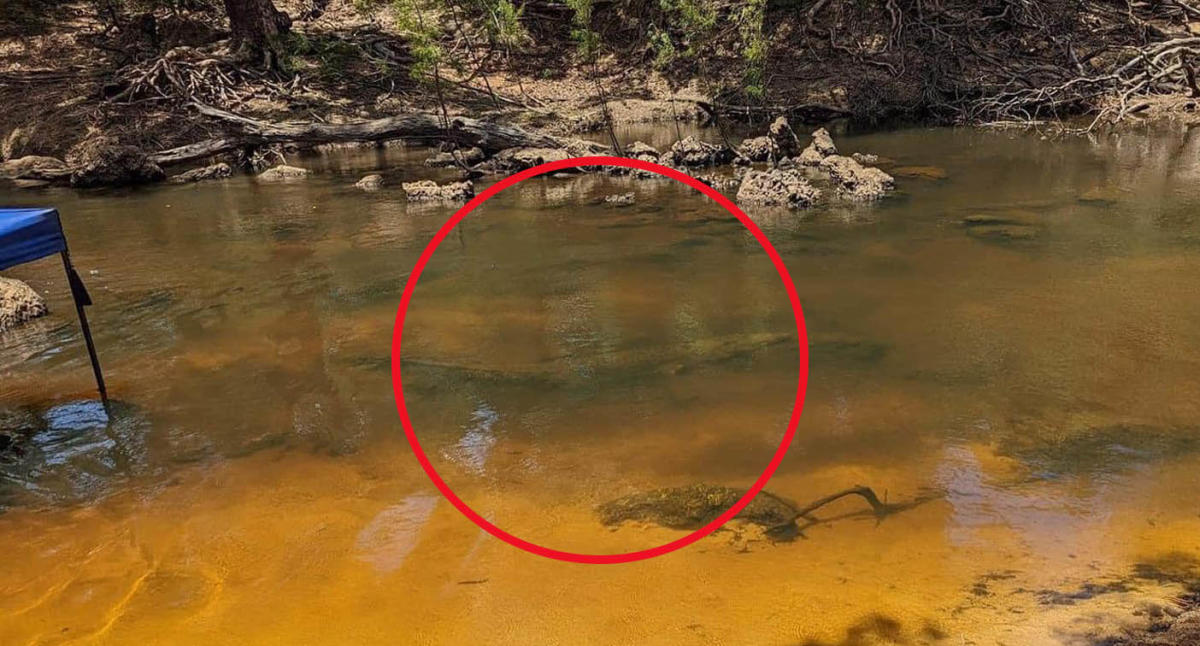 A Queenslander has warned about the dangers of swimming in a popular river in Cape York after spotting a crocodile just metres away from a family enjoying the water.

Jeremaine Agale shared the photo of the reptile resting in the shallows of the Wenlock River, which despite being home to one of the largest breeding populations of saltwater crocodiles in Queenslands, remains a popular swimming and camping spot for locals and unassuming tourists.

“I know we live in crocodile country but always be vigilant — a pic from a local family enjoying time on the Wenlock River cooling off until a visitor shows up,” Mr Agale said on the To The Cape York And Back Information Facebook group.

The post racked up almost 4000 views and more than 700 comments, with many shocked at how well-camouflaged the “big boy” was.

“Wow look how well that blends in,” one person said.

“I was told in Darwin that for every 1 that you see there is another 7,” said someone else

People also pointed out how close the gazebo was to the reptile.

“Looks like that croc scored himself a gazebo and a pair of pluggers,” someone joked.

Both locals and visitors appreciated Mr Agale’s warning, realising they “need to be more careful”.

“Thanks for posting, a reminder to us all,” one person said.

Crocs known to be in the Wenlock River

One local said the family are “very lucky (to be) alive to tell the story”.

“The Wenlock is full of crocodiles and a lot bigger than that one in the picture,” they said. “Never swim in dirty water, always make sure the water is crystal clear so you can see the bottom but even still you’re not safe because that’s their territory.”

“I’d say he’s the local and the family were the visitors,” another jokingly said.

According to the Queensland Department of Environment and Science, there have been 12 deaths in the state caused by crocs from 1975 to 2021 and 41 non-fatal attacks. Two of those were in the Cape York Peninsula.