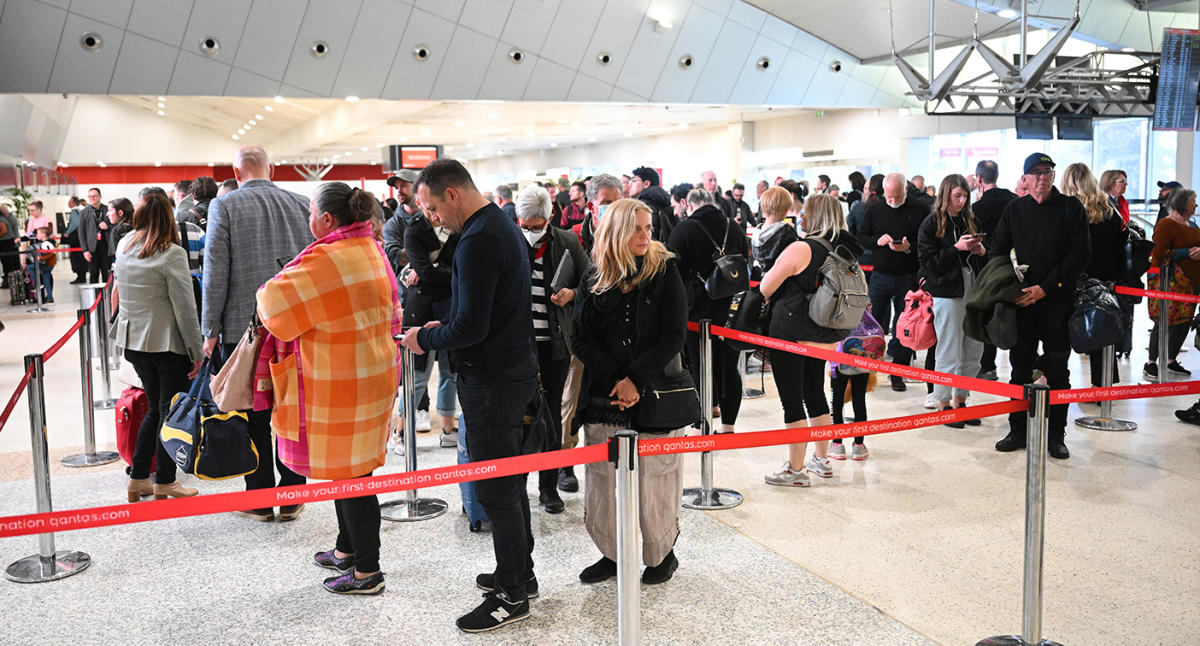 A warning has been issued after a highly-infectious disease was discovered in returned overseas travellers.

Anyone who was at Melbourne Airport’s international terminal earlier this week has been urged to watch out for symptoms after three new confirmed cases of the measles were detected, Victoria’s Health Department said on Friday.

The cases are all within one family, with two people infectious during a return flight from Singapore to Melbourne. They immediately sought medical attention after landing on Tuesday morning.

Anyone who was at the terminal between 6.10 and 8.40am on Tuesday should monitor for the onset of measles symptoms until December 3. Symptoms can develop 7 to 18 days after exposure, according to a health release issued by the state’s Deputy Chief Health Officer, Deborah Friedman.

Anyone who develops symptoms should seek medical care, wear a mask and call ahead so they can be isolated from other patients. The initial symptoms of measles are similar to those of Covid-19, beginning with a runny nose and a cough, followed by a fever and rash. Complications include blindness, pneumonia and death.

People with measles can potentially be infectious from “five days before, to four days after, the appearance of a rash”, the health department said. The “highly-infectious” disease can linger in an environment for up to two hours.

Unvaccinated young children are “at particularly high risk” of contracting the disease, as are adults born during or since 1966 who do not have evidence of two doses of the measles vaccine.

“People can develop pneumonia and other serious complications from the measles and often need to be hospitalised. Please seek medical attention right away if you notice any symptoms, especially if you have recently returned from overseas,” Associate Professor Friedman said.

Anyone planning overseas travel should ensure they have received all appropriate vaccinations.

After the Covid pandemic interrupted measles vaccine campaigns globally in 2020 and 2021, millions of children have been left unprotected. Twenty-six large or disruptive measles outbreaks have sprung up worldwide, according to the World Health Organization. A devastating outbreak in Zimbabwe has killed more than 700 children this year, chiefly among religious sects that do not believe in vaccinations.