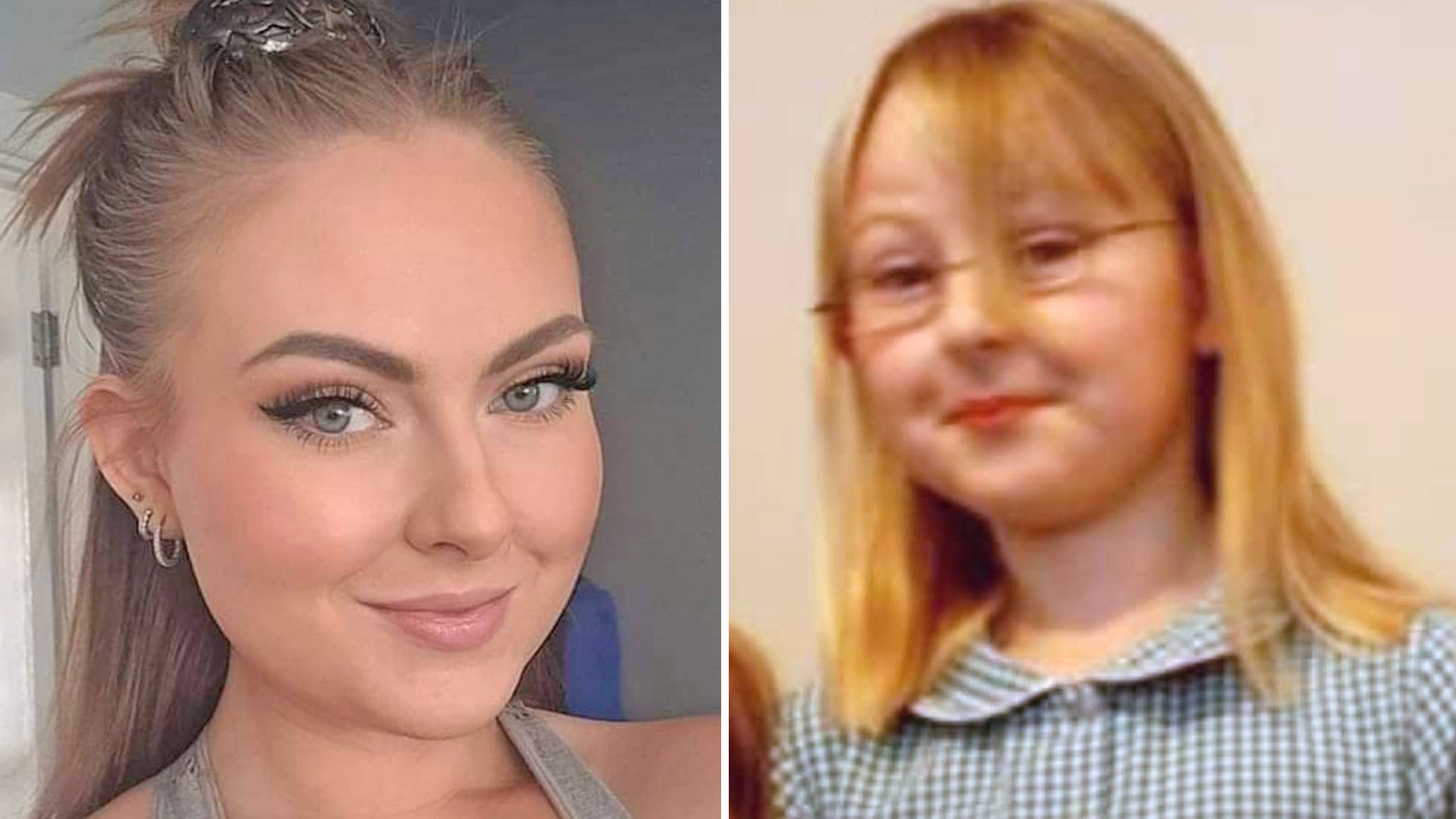 TO the outside world Christopher Attwood appeared the doting ‘uncle’ to his best pal’s stepdaughter, seven-year-old Amber Brown*.

However, while he babysat, read bedtime stories and gifted her with sweets and cash, it was all a calculated cover – to mask the years of sickening sexual abuse he subjected her to.

Too terrified to speak out and bribed into silence, Amber was sexually assaulted and raped by the monster, now 39, between the ages of seven and 14, and kept quiet for 10 years after.

The paedophile was finally sentenced to 19 years in prison earlier this month after being convicted of two charges of rape, three counts of indecent assault and two offences of sexual assault against Amber and one other victim.

Now the 26-year-old mum-of-two, from Dorset, has bravely waived her right to anonymity to speak out about the traumatic experience to raise awareness of sexual abuse.

The council worker says: “Christopher has taken away any sort of normal life from me and has scarred me forever.

“But bringing him to justice is the best thing I have ever done.

“I want survivors of sexual abuse to know that it doesn’t matter how long ago it was – you will still be believed.”

Amber was introduced to Attwood when she was five, after her mum and stepdad got together.

Attwood was best friends with her stepdad, and Amber said he became “like an uncle” to her and her sister.

She says: “Christopher played with me and my younger sister and would always laugh and joke about.”

But when Amber turned seven, everything changed.

She explains: “One day, while my mum and stepdad were in the house, I walked into my bedroom and Christopher was sat on my bed wrapped in my duvet.

“He asked me to sit on his lap. When I did, I noticed that he wasn’t wearing any pants. His bottom half was completely naked.

He’d bribe me with sweets and money to stay quiet

“He pulled up my dress and pretended to read me a story. I didn’t understand what was happening, but it felt weird and wrong.”

Soon after Attwood persuaded Amber’s parents to allow him to babysit for them while they went on date nights.

Unaware of the horrifying abuse, they agreed.

Amber explains: “After that Christopher babysat us every other week and he abused me every time.

“He would constantly grope my privates in my bedroom and ask if it felt nice. Afterwards he’d bribe me with sweets and money to stay quiet.”

When she was nine, whilst her sister was in her bedroom, Attwood pushed Amber’s head into his crotch and forced her to perform a sexual act on him.

She says: “I felt so sick. I threatened to go and knock on the neighbour’s door to tell them what he was doing to me, but he said that if I did, he’d do it to my sister.

“I couldn’t live with myself if he hurt her, so I agreed not to tell anyone.”

Attwood abused Amber for years, but still acted like a perfect, trustworthy ‘uncle’ when her parents were around.

I threatened to go and knock on the neighbour’s door to tell them what he was doing to me, but he said that if I did, he’d do it to my sister

She says: “Sometimes, he would make me strip naked and would stand and watch me for his own pleasure. I hated him.”

When Amber turned 14 she found the confidence to confront Attwood after he launched one of his vile attacks.

She says: “I couldn’t stand what he was doing to me any longer.

“I told him, ‘If you ever come near me again, I’ll tell everyone what you’re doing’. He gave me a £5 note and never touched me after that.”

Throughout her teenage years Amber was haunted by Attwood’s abuse.

She became fearful of men and found it difficult to trust people.

Amber kept the abuse to herself for over 10 years before she finally found the courage to report it to police.

In March 2021 Attwood was arrested, but denied the charges.

The court heard how Attwood forced himself upon two girls.

Amber says: “I was devastated that it had to go to trial. When I gave evidence I stood behind the curtain because I was so scared of him.

In October this year Attwood was found guilty, and this month he was sentenced to 19 years in prison at Bournemouth Crown Court.

Attwood was also placed on the sex offenders’ register for life and made the subject of a sex harm prevention order for an indefinite period.

Amber says: “Throughout the whole process Christopher made it seem like there was something wrong with me and I was making it up.

“But I’m so glad I brought him to justice.

“No amount of time will be enough for how he hurt me. I’m just incredibly relieved that he’s gone and can’t touch another innocent child.

WHERE TO GET HELP

Whenever it happened to you, it’s never too late to get support.

If you’ve ever experienced sexual violence or sexual abuse, you can get confidential support from specialists who will listen to you, believe you and understand how hard it is to talk about.

As a victim, you’re entitled to support whether you report the crime or not. Your rights are set out in full in the Victims’ Code.

Visit gov.uk/sexualabusesupport to see the support on offer.

“Please, if you’ve been abused, tell someone. You will be believed.”

*Amber’s surname has been changed.