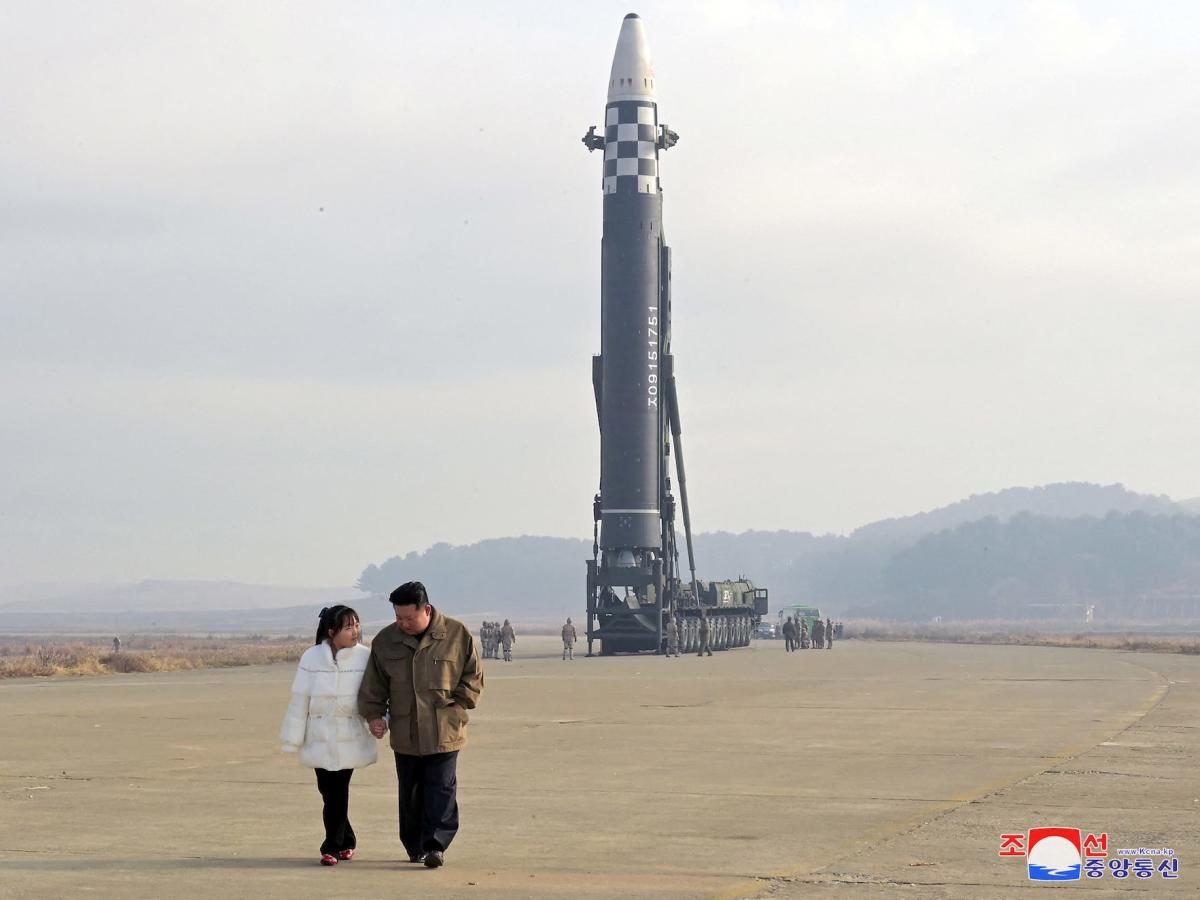 North Korean leader Kim Jong Un unveiled his daughter to the world in new images released on Friday that showed him strolling around with a young girl as the rogue state tested the massive Hwasong-17 intercontinental ballistic missile.

North Korean state media outlet KCNA said that Kim was at the launch with his “beloved daughter and wife.” As North Korea expert Ankit Panda noted on Twitter, “we’ve never seen his daughter” in public until now.

Kim, who is thought to have three children, is famously secretive when it comes to his family. Former NBA player Dennis Rodman, who cultivated a relationship with the North Korean dictator, revealed in 2013 that Kim had a daughter named Kim Ju-ae. She is believed to be somewhere around 10 years old. It is unclear if Kim Ju-ae is the girl in the new photos from Thursday’s missile launch.

The new images showed Kim walking with the young girl near the large ICBM, at times holding her hand. Kim’s wife, Ri Sol Ju, could also be seen in the photos.

Friday’s missile launch marked the second time this month that North Korea has launched an ICBM, a long-range weapon capable of delivering a warhead to targets beyond the country’s immediate region, and came on the heels of a series of weapon testing by North Korea. The repeated launches have caused alarm in Japan, South Korea, and the US.

“North Korea is repeating provocations with unprecedented frequency, and this is absolutely unacceptable,” Japanese Prime Minister Fumio Kishida told reporters on Friday after North Korea launched the missile, per the New York Times.

Vice President Kamala Harris of the US also condemned the launch and called for Pyongyang to “stop further unlawful, destabilizing acts.”

The missile, which was lofted, landed in Japanse waters, and Japanese Defense Minister Yasukazu Hamada said that the missile had a range with the potential to reach the US mainland.

“The ICBM-class ballistic missile launched this time could have a range of over 15,000 km when calculated based on the flight distance of this ICBM,” Hamada said in a statement, per CNN. “It depends on the weight of the warhead, but in that case, the US mainland would be included in the range.”