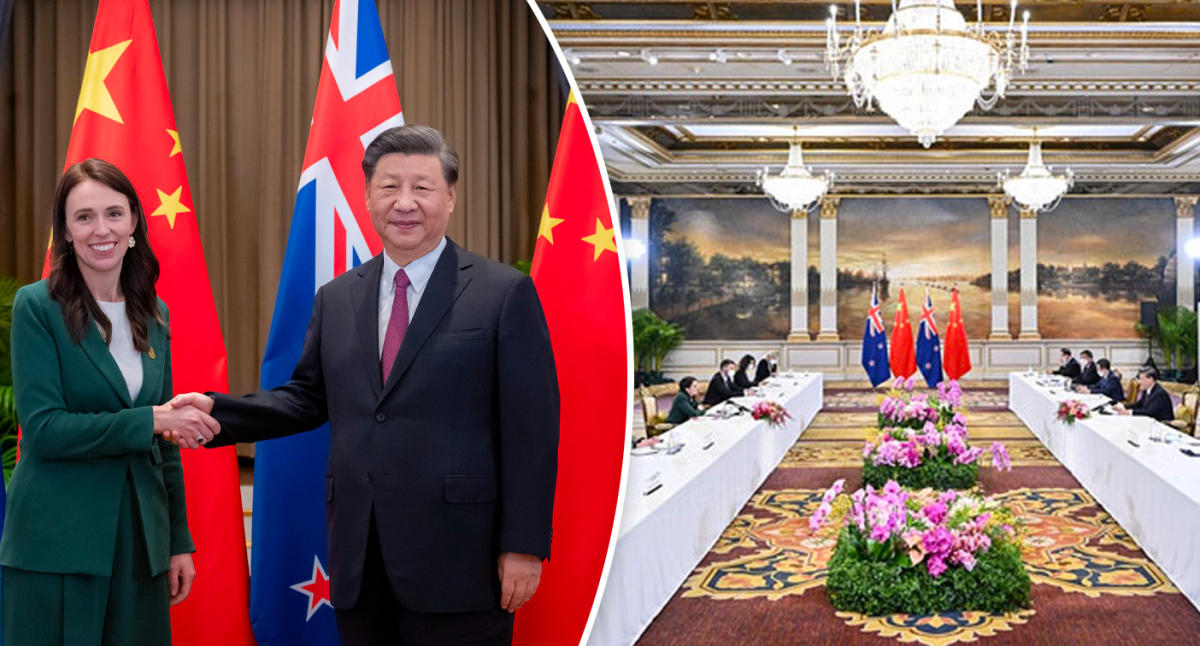 New Zealand Prime Minister Jacinda Ardern’s meeting with China’s President Xi Jinping has spilled long over its scheduled 20 minutes as the pair went over “all of the issues” between the two countries.

Ardern revealed the meeting on the sidelines of the Asia-Pacific Economic Cooperation (APEC) summit in Bangkok stretched to a lengthy 50 minutes. It comes days after Australia Prime Minister Anthony Albanese met with Xi, making him the first Australian PM to do so in six years.

Since Malcolm Turnbull’s 2016 meet, China’s relationship has rapidly deteriorated with Australia, and while Wellington at times has attempted to distance itself from its biggest neighbour’s fallout, it too has developed its own disagreements with Beijing.

Ardern and Xi were meeting for the first time since 2019.

As expected Ardern and Xi posed for photos, with the latter adopting his usual, more dominant pose as highlighted by Yahoo earlier this week in the wake of his meeting with Albanese.

Ardern had earlier told NZ publication Stuff she should be allowed to raise such concerns without facing “retaliatory acts”.

In the wake of their meeting, Ardern described discussions as “constructive”.

She said a large part of the meeting was discussing tensions in the region and how the two countries can work together promoting peace and stability. North Korea’s recent missile activity was one concern Ardern raised.

Xi later said he agreed on such a goal, adding “China has never sought hegemony in history”.

He noted that with different social systems, stages of development, histories and cultures, it is natural for China and New Zealand to have differences on some issues, but these differences should not be allowed to define or affect the bilateral relations.