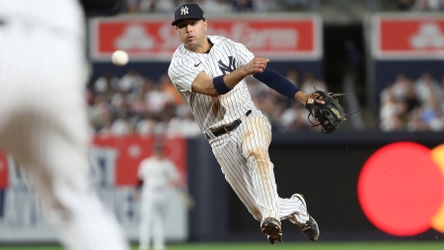 The Yankees and Isiah Kiner-Falefa have agreed on a one-year deal worth $6 million that will keep the infielder in pinstripes for at least one more season, according to multiple reports.

There was belief by some around the league that Kiner-Falefa could get non-tendered before Friday’s 8 p.m. deadline, but that is not the case as IKF will return to the Bronx in his last year before free agency.

Traded from the Texas Rangers prior to the start of the 2022 season, Kiner-Falefa played in 142 games for the Yanks.

For the second straight season, Kiner-Falefa reached the 20/20 club by hitting 20 doubles and stealing 22 bases in 26 attempts, his most stolen bases in a season.