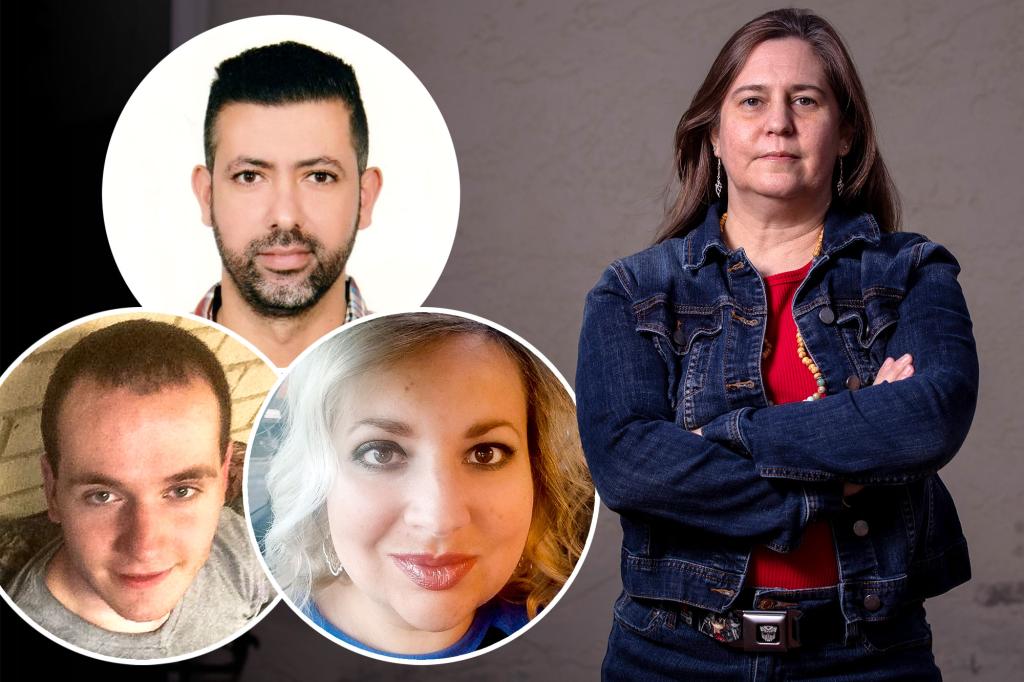 Stick a fiscal fork in ’em: These student loan debtors are done.

As they contend with a second legal setback to President Biden’s estimated $430 billion student debt cancellation plan, some exasperated borrowers told The Post they won’t ever pay another penny toward their massive tabs — regardless of how it might impact their future finances.

Rather than having up to $20,000 forgiven as Biden vowed in August, the fed-up debtors remain among the more than 45 million borrowers who owe a total of $1.6 trillion in federal student loans. The average undergraduate borrower leaves college with nearly $25,000 in debt, according to a Department of Education review, and payments often start six months out of school when cash can be especially tight. As a result, roughly 16% of all borrowers are currently in default, federal data shows.

Halted at the beginning of the pandemic, monthly loan bills are set to resume in January unless the pause is extended for a ninth time. But current and former students, including one who owes a staggering $118,000, said the looming payments are simply above their pay grades, especially in post-pandemic America.

Some 26 million people applied for the loan relief plan that critics claim could intensify inflation and 16 million had already been approved as of last week, White House press secretary Karine Jean-Pierre told reporters.

Activists say the viability of the proposed debt relief remains unclear: The Department of Education stopped accepting relief applications and the program faces a possible Supreme Court showdown. Debt activists say up to 75% of borrowers won’t resume paying when those invoices arrive.

Collinge, 52, said the student loan system is helplessly trapped in a “death spiral” with total freefall coming in months; he noted that nearly 60% of borrowers were not paying off their loans as of last 2019, prior to the coronavirus pandemic.

President Biden first floated debt relief during the 2020 presidential campaign. As president, he has the legal authority to wipe out up to $50,000 in debt for federal borrowers under the Higher Education Act of 1965, according to Collins and other relief supporters, including Sens. Elizabeth Warren and Chuck Schumer.

“Borrowers are confused and frustrated by what’s going on with the court proceedings, especially as we come up to the payment restart,” Mayotte told The Post.

Here’s a closer look at their stories:

Alswaeer expects to receive his master’s degree in information technology in December, some nine years after the Jordanian native arrived in the United States. The proposed $20,000 relief would’ve been a drop in the single father’s debt bucket, but now he’s desperately emailing the White House for help. “I have no plan,” Alswaeer told The Post. “My plan is I am not going to make payments.” Biden’s campaign promise to forgive tuition-related federal student debt was the “only reason” Alswaeer voted for the Democrat.

“With the school debt that I have, there’s no way I will ever think about buying a house or settling down,” he said. “It hurts seeing many Americans suffering financially while a great country such as ours has the resources it needs to make every American live a decent life.”

Helton said her debt servicer, the Missouri Higher Education Loan Authority, is expecting a $349 payment in December rather than January – a month earlier than other borrowers. Known as MOHELA, the quasi-government agency became the sole provider for debtors pursuing Public Service Loan Forgiveness nationwide this past summer.

Helton, who has had five different loan providers since graduating in 2006, said she feels duped having to deal with yet another loan company. Helton added that she “absolutely” plans to stop paying down her sizable balance — along with a 6% interest rate.

“This was a federal con artist operation,” she told The Post. “They knew exactly what they were doing and it caused a lot of false hopes.”

Helton previously intended to fully repay her loans, but she’s now mulling alternatives like lobbying local politicians or “blasting social media” for help. “Something needs to give,” she said.

Linkey said he’s “had enough” of the whirlwind debt rigmarole and says Biden could easily cancel the total debt using executive action granted in the Higher Education Act of 1965, but “never really intended” to do so, he said. Linkey also wants to see loans fully dischargeable in all bankruptcy cases rather than in cases where borrowers can prove their payments cause undue hardship.

“Absolutely not,” Linkey said when asked if he’ll buck up and pay. “I’m not gonna feed this monster anymore. I’m done. This loan thing is done.”

Linkey predicts many other borrowers will go on a “mass strike” like himself while sending Washington a clear message.

“People have had enough,” he said, speculating that Biden will be forced to extend the payment moratorium. “We’re done paying into it and done with the burdens of these loans.”

Winton, a business analyst for a state agency, blasted the student loan lending system as unconstitutional and illegal as her borrower defense loan discharge application remains under review by the Department of Education.

Discharge claims help debtors who believe schools misled them or engaged in other illegal practices get some or all of their federal student loan debt expunged. Applicants may stay in forbearance after the Dec. 31 payment pause ends, according to the Department of Education.

Regardless of the discharge outcome, the divorced mother of two said she won’t be repaying.

“And I can put everything at risk doing this,” said Winton, who is fearful of going into default and possibly losing her job after making 155 payments toward her debt. “But I’m way overdone.”