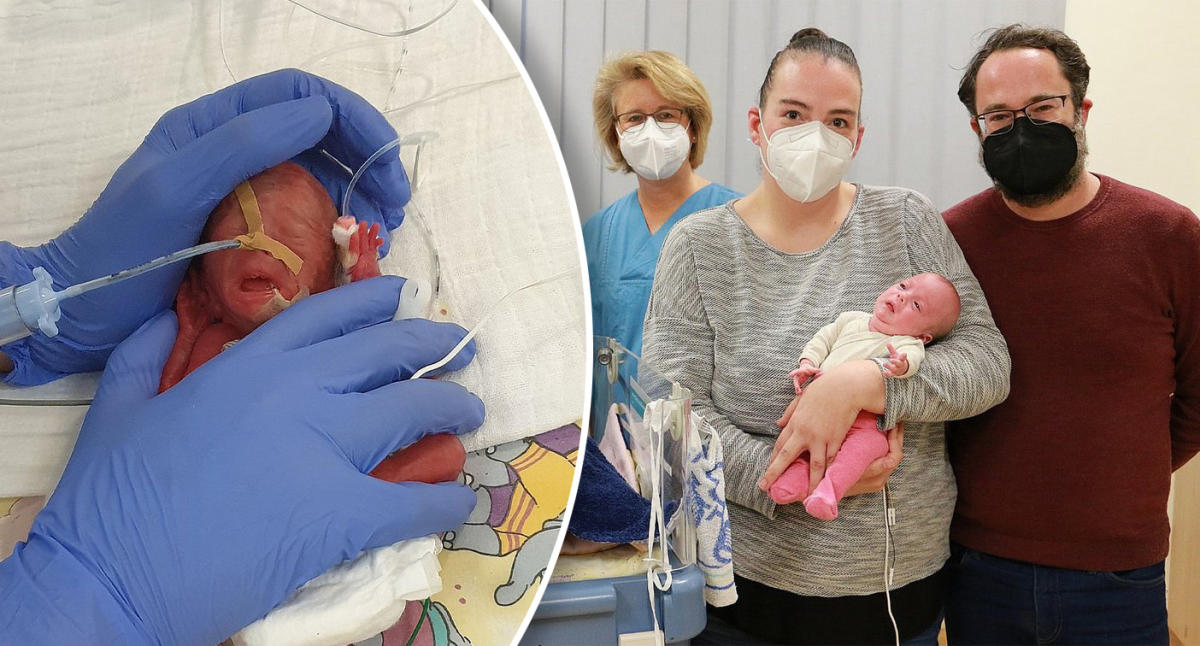 A tiny baby girl who was born nearly four months prematurely has finally gone home healthy after 108 days of care.

Baby Leonie weighed just 350 grams when she was delivered 15 weeks premature and doctors were not sure that she was going to make it.

Her mother, Maike, 31, went to hospital in the northern German state of Lower Saxony, in mid-July, and was told that the placenta could not provide what the baby needed and she had to be born prematurely.

“With such a birth weight, the chances of survival were slim. She weighed half of what would be considered normal,” Dr Levente Bejo told local media.

After three weeks on a ventilator and being given drugs so that her lungs would develop properly, little Leonie luckily avoided the complications that typically come with being born early, such as a brain bleed or intestinal diseases.

“It was an up and down of feelings, we didn’t know if she would pull through,” Maike said.

Over the next few months, Leonie’s mum Maike and her dad Pascal visited their tiny daughter every day and when they were unable to, the nurses at the hospital would send them photos on their mobile phones.

And now after a gruelling 108 days and just a few days after her original due date, little Leonie has been allowed to go home, weighing 2.53kg.

Her breathing still needs to be monitored and she still needs minerals and vitamins, but this can be done from home.

“We are infinitely grateful,” Her dad, Pascal, said.