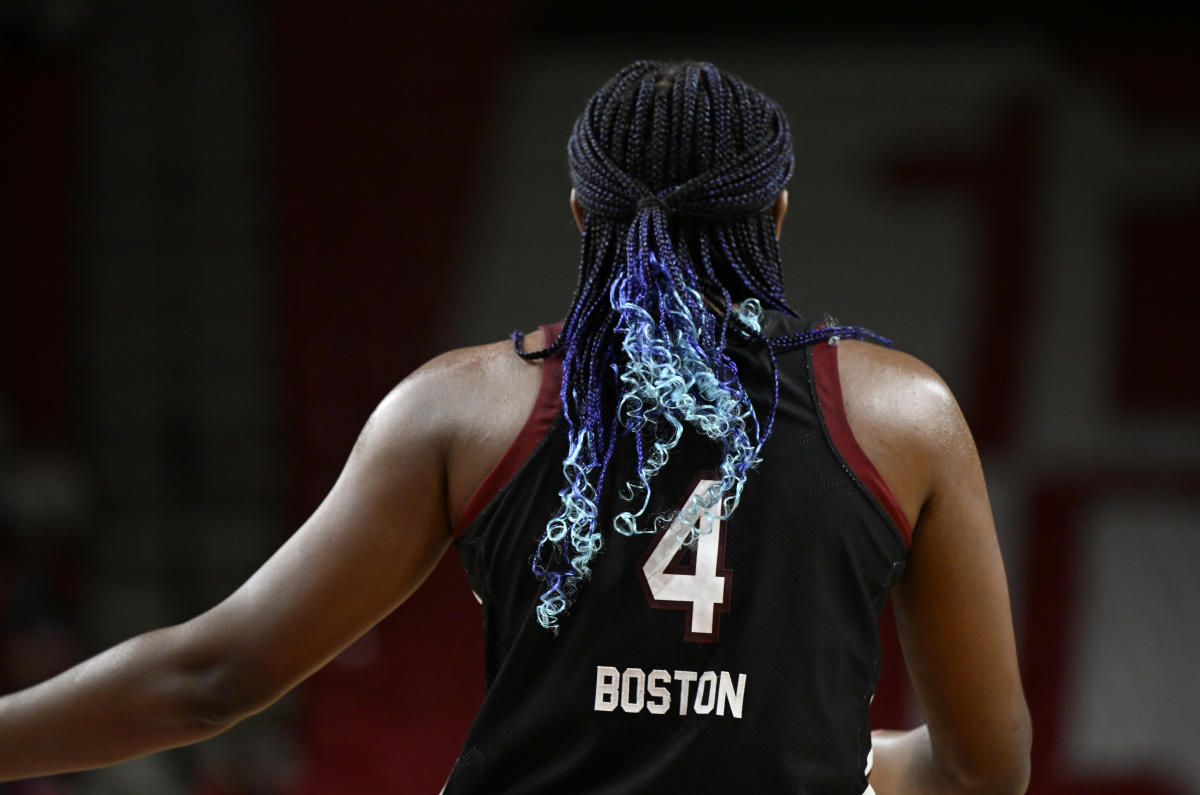 Things didn’t start well for Aliyah Boston on Sunday. After the first half, Boston had just 2 points and found her team down 35-31 entering halftime. Boston refused to stay down for long. She came alive in overtime to help lead No. 1 South Carolina to a narrow 76-71 win over No. 2 Stanford.

The contest looked like an upset early. The Cardinals dominated in the first quarter. Junior forward Cameron Brink started strong, scoring 12 first-quarter points. The Cardinals went on a 16-5 run to finish out the quarter, and led 21-11 when the quarter ended. Brink had 12 points. The rest of Stanford combined for 9 points.

Led by their bench, South Carolina got its act together in the second half. With their five starters on the bench, South Carolina went on a 9-0 run against Stanford. Olivia Thompson hit a key three and Raven Johnson added two straight buckets to cut Stanford’s lead to one point. The Cardinals answered back, and had a five-point lead with under a minute to go in the first half. Laeticia Amihere hit a free throw to cut Stanford’s lead to four points. The Cardinals entered halftime with a 35-31 lead. After starting strong, Brink did not score a point in the second quarter.

The two teams traded scores early in the third quarter, but two consecutive threes — the first by Brink and the second by Talana Lepolo — gave the Cardinals a six-point lead. As South Carolina tried to battle back, Ashten Prechtel hit another three-pointer for Stanford. The two traded baskets down the stretch, but Kiki Iriafen hit a layup with under a second to go in the quarter to extend Stanford’s lead to 10 points.

South Carolina refused to go down without a fight. The team clawed its way back in to the game thanks to strong defensive plays. Brea Beal forced a steal and picked up an assist on a Zia Cooke layup to cut Stanford’s lead to just four points. Beal picked up a block and defensive rebound on Stanford’s next possession. The next time down the court, Aliyah Boston blocked Haley Jones to keep the game close. Stanford went 0-for-9 from the field to open the fourth quarter.

Cameron Brink has big day for Stanford before fouling out

With four minutes to play, Brink — who saw limited minutes in the second half due to foul trouble — hit a free throw to give Stanford its first points of the quarter. South Carolina continued to put on pressure in the game’s closing minutes. Amihere hit a layup with under three minutes to cut Stanford’s lead to one point. Brink was then fouled by Boston and hit both free throws to make it a three-point game. That gave Boston her fourth foul of the contest.

Stanford continued to feed Brink with the game on the line. Brink converted a layup with 2:05 left. She drew a foul on the play, hitting the field throw to give Stanford a four-point lead. With 14.9 seconds to play, Beal hit a three to cut Stanford’s lead to one point. With South Carolina desperate to get the ball back, the team fouled Jones. She missed her first free throw, but hit the second, giving Stanford a two-point lead.

With time running out, Boston drained a shot with 2.1 seconds remaining to tie things up. Stanford couldn’t convert on its final possession, sending the game to overtime.

With Brink out, Boston took over for South Carolina. She hit shots on two consecutive drives for South Carolina, giving them a 70-69 lead with 1:10 to play. Boston had just 2 points at halftime. She finished the contest with 14 points and 13 rebounds. On the next drive, Boston found Hall, who hit a three-pointer to put South Carolina up by four. Hall finished with a career-high 12 points.

South Carolina inbounded the ball, but Stanford opted not to foul. The decision paid off. Agnes Emma-Nnopu picked up a steal. With a chance to tie things up at in the final seconds, Stanford was called for a 5-second violation.

The victory continues a troubling trend for Stanford. In games between the No. 1 and No. 2 ranked teams, Stanford now has a 1-10 record. Stanford dropped to 5-1 this season after Sunday’s loss. South Carolina, meanwhile, is 4-0 to open the season after winning the national championship last year.