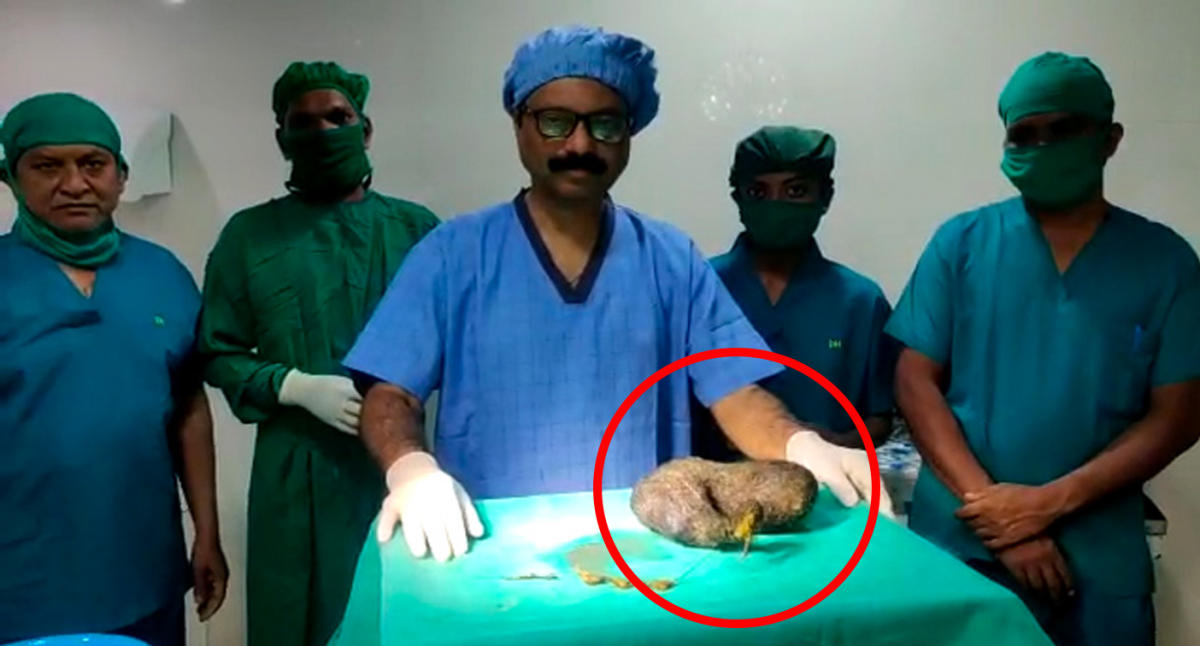 Doctors have removed a huge 1.2 kg, rugby ball-shaped hairball from the stomach of a teenager who won’t stop eating hair.

The unnamed 13-year-old girl from Mumbai, India, had spent the past seven years chewing on her hair and biting her nails.

Known as Rapunzel Syndrome, the hairball also called a trichobezoar, is often caused by trichophagia or compulsive hair eating.

She was rushed to the hospital earlier this month (8 November) after immediately vomiting when she tried to eat or drink.

She was taken for an ultrasound where doctors discovered a huge ruby ball-shaped mass inside her stomach.

They performed a 90-minute operation to remove the hairball.

Photos also show bits of food clinging onto the huge clump along with gastric acid.

“After examining her stomach and studying the sonography report, I spoke to the girl’s parents and learned that she had a history of swallowing her own hair and chewing her nails,” Dr Joseph D’souza, who carried out the surgery, said.

“The compulsive eating of one’s hair, which is known as trichophagia, is found more in young girls than boys.

“These kids chew the hair before swallowing it unconsciously.

“Since human hair can’t be digested, it gets accumulated in the stomach to cause intestinal pain.”

The girl is now resting after the operation.